"[Parker vs Usyk] would be a good fight... we might see that this year," says New Zealander's manager David Higgins

Joseph Parker could be in prime position to fight Oleksandr Usyk for the WBO heavyweight title, if Anthony Joshua is forced to vacate the belt.

The New Zealander is set to return with a February fight in America, but is monitoring the title plans for Joshua, who has been ordered to face both Kubrat Pulev and Usyk, his IBF and WBO mandatory challengers.

With each governing body attempting to enforce fights, Joshua is hoping a resolution can be agreed, although Parker would be well positioned to fight Usyk for the vacant belt after being installed at No 2 in the WBO rankings.

Parker's manager David Higgins told Sky Sports: "There's talk that Joshua might have to vacate one of the sanctioning bodies.

"If he vacates the WBO, then suddenly you've got Usyk mandatory and I think the next available ranked boxer is Joseph Parker. 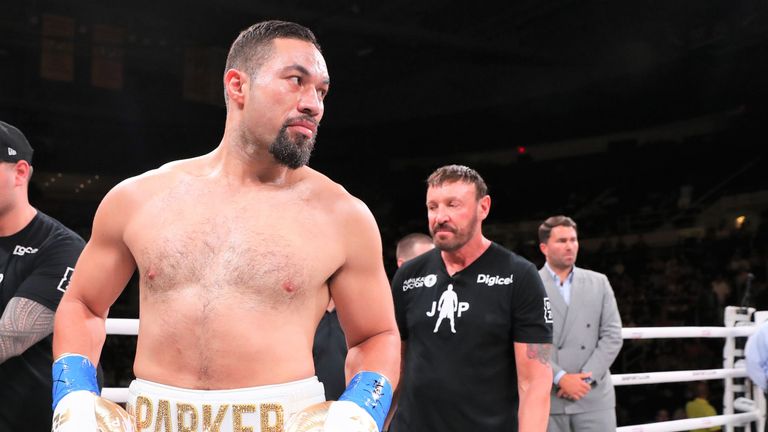 Joseph being old school will not take a backward step, so if that does happen, Joseph will be straight in and he'll fight Usyk.

"Usyk is a very tough fight. He's a southpaw, he would dissect Anthony Joshua.

"We know this, but if you're the better boxer and you get a world title shot, you have an obligation to take it. Joseph being old school will not take a backward step, so if that does happen, Joseph will be straight in and he'll fight Usyk.

"Usyk is a very skilled professional. I respect him and his manager, but it would be a good fight. Hopefully, we might see that this year."

Usyk is also considering a potential fight against Derek Chisora as he awaits news on Joshua's title plans.

Chisora has turned his attention to Usyk, much to the dismay of Parker's team, who had hoped to reschedule a fight after the Kiwi was forced to withdraw from an October bout through illness due to a suspected spider bite.

"Joe fights the man in front of him and he would fight Chisora tomorrow, but Chisora has gone from wanting to fight to a U-turn.

"I'm not sure about the Usyk-Chisora thing. Joseph would fight either of them."