Watch Jake Paul versus AnEsonGib from 2am on Friday, live on Sky Sports Main Event and Sky Sports Arena. 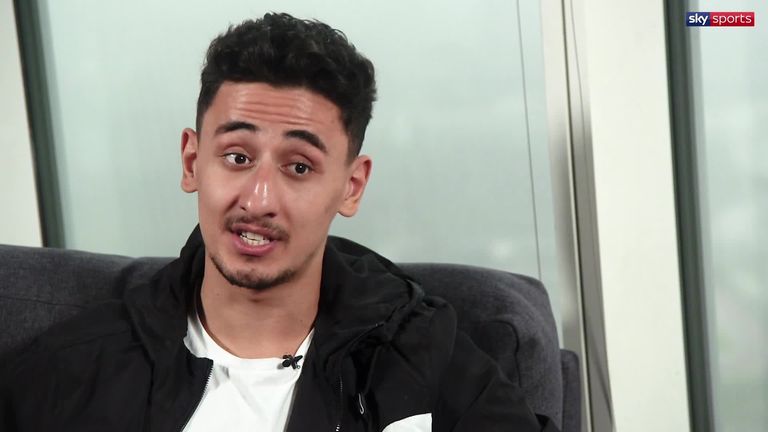 AnEsonGib has warned Jake Paul the pressure will "eat him" as he promised an explosive brawl with his American YouTube rival.

The social media sensations can settle their heated feud on a Miami bill in the early hours of Friday morning, live on Sky Sports, and will reignite their war of words at Tuesday's press conference.

Reputations are at stake as the professional boxing debutants share the ring, but Gib insists he is relishing a fiery confrontation in front of a huge audience of fans.

He doesn't have control of his opponent, he won't be in control of the fight, so I think that type of pressure will eat him a little bit.

"I think madness is embedded into my DNA," Gib told Sky Sports.

Paul has been training with three-weight world champion Shane Mosley, while Gib is working with Viddal Riley, who guided KSI to victory over the US star's older brother Logan in November.

"Realistically, everyone knows what I'm bringing," said Gib. "He's bringing athleticism, he's the better boxer out of the Pauls and what am I bringing? I'm bringing heat. Twelve rounds of action to a six-round fight and we'll see if he can deal with it. It's war. That's what is it, the fight is war.

Watch Jake Paul versus AnEsonGib from 2am on Friday, live on Sky Sports Main Event and Sky Sports Arena.