Gerald Washington wants to force his way into Anthony Joshua's future plans by toppling Charles Martin in an IBF eliminator.

The towering Californian is scheduled to take on 'Prince Charles' on the undercard to WBC kingpin Deontay Wilder and Tyson Fury's much-anticipated rematch in Las Vegas on February 22.

Washington currently lies at No 9 in the IBF standings and 'El Gallo Negro' believes a decisive victory over Martin puts him well on course for a showdown with Joshua. 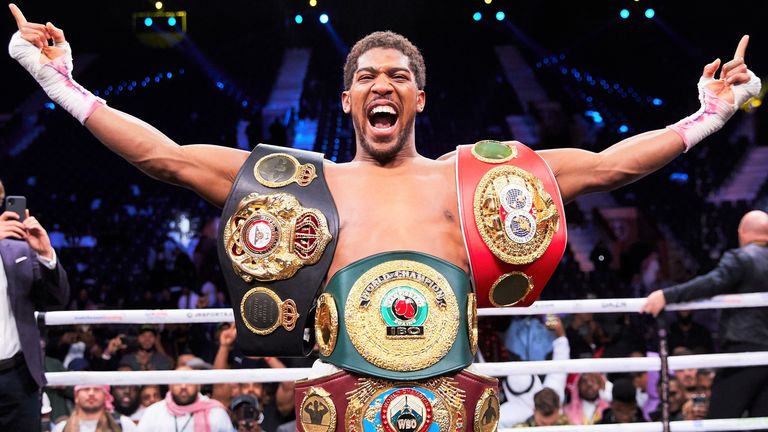 I got to see AJ first-hand in Saudi Arabia, he's a great fighter, that's our goal

"The plan is to hunt down Joshua," Washington exclusively told Sky Sports.

"We're working to be that next IBF mandatory after Kubrat Pulev. I got to see AJ first-hand in Saudi Arabia, he's a great fighter, that's our goal.

"Martin is first though and he's very talented, an ex-world champion, very tough and strong-willed. I'm looking forward to competing with him. I believe if I do my job well, not forcing anything, the stoppage will happen naturally.

"To have this fight on the biggest of cards with the world's eyes watching, this is a great opportunity for me to do my thing."

Washington was brought in to help former champion Andy Ruiz Jr prepare for his rematch against 'AJ' and watched ringside as the Brit reclaimed his titles.

"I helped Ruiz Jr, it was a great experience for myself. I don't have much amateur experience or too many fights on the record so it was brilliant for me to learn and get better.

"Being in the ring with Andy and knowing his style, I understand what happened in that first fight. Joshua done a great job preparing himself for the return though, not allowing it to happen again.

"My full focus is on Charles Martin and I'm not looking at 'AJ' right now. I know he has a couple of tests in front of him, we'll just have to keep on track and see what the future holds for everyone."