Wladimir Klitschko wants Anthony Joshua to become the world's no 1

"I believe there is no really no 1, for right now" - Wladimir Klitschko 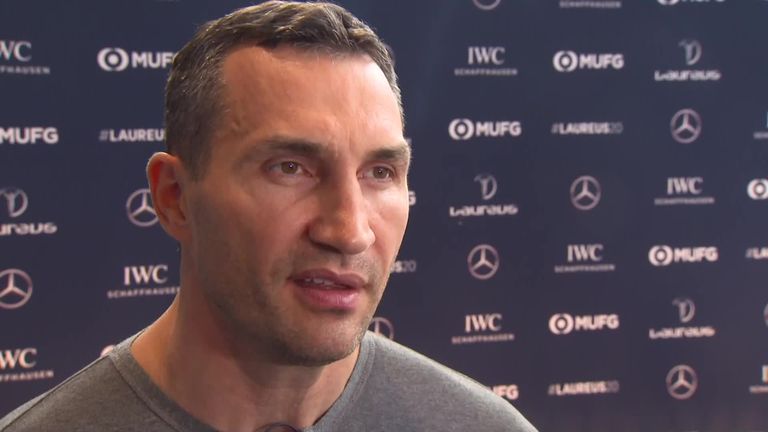 Wladimir Klitschko wants Anthony Joshua to become the world's no 1 but admits he must face the Deontay Wilder-Tyson Fury winner to achieve that status.

Joshua is set to make the next defence of his WBA 'super', IBF and WBO heavyweight titles against Kubrat Pulev in June, while Wilder puts his WBC belt at stake in a rematch with Fury in Las Vegas this weekend.

Klitschko has been retired since 2017 after an epic Wembley defeat to Joshua and believes the fellow Olympic gold medallist has the necessary attributes to emerge as the sole heavyweight champion.

Speaking at the Laureus World Sports Awards, Klitschko said: "I wish that's going to be Joshua, because I think all around, he's a superior athlete, Olympic champion, great guy for the sport and being an ambassador for the sport. I think he's got it all.

"Obviously, no-one is perfect. Always some stronger and weaker sides, but I think he has the potential to be that one and that's what I wish actually.

AJ expects Pulev clash in June 📅@anthonyfjoshua is starting to train for a bout in the summer, but he's preparing for more than one opponent... pic.twitter.com/vlaDtoln3O

"How these cards are going to be mixed up and eventually we will have and will see the guy from those three. Let's just lean back, relax and observe."

The Ukrainian's lengthy reign as a unified title holder was ended by a points loss to Fury in 2015 and Klitschko thinks the Brit must find a way to nullify Wilder's power, if he is to become a two-time world champion.

"Either Wilder is going to knock Fury out, or Fury is going to win on points," said Klitschko. "That's how I see it. It could go 50-50. There's no particular advantage or disadvantage to any of those guys." 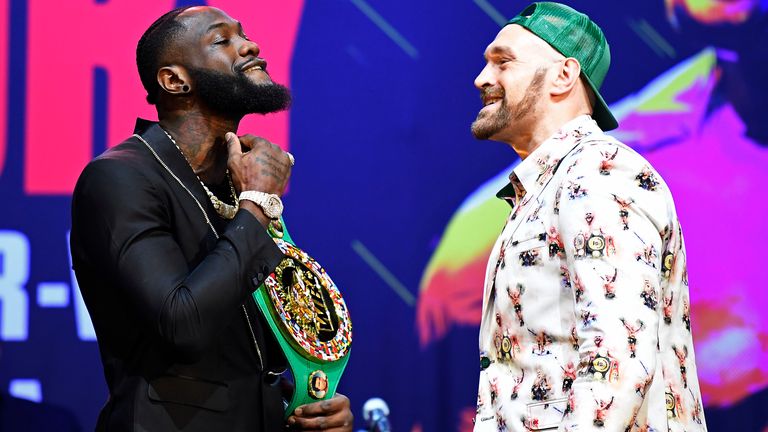 Peter Fury says the rematch between his nephew Tyson and Deontay Wilder will be a 50-50 fight, but thinks the world champion can be 'out-boxed'.

Joshua and promoter Eddie Hearn have suggested they will make a fresh offer to stage an undisputed world title fight against Wilder or Fury later this year.

The 43-year-old Klitschko even hinted he could return in the future to break George Foreman's record as the oldest world heavyweight champion, but admits there is still debate about the division's best fighter.

"I believe there is no really no 1, for right now," he said. "I think you need to unify the titles, if that's possible, because sanctioning bodies, [there] is like a lot of controversies before it's going to happen, and that's the unfortunate part.

"But eventually hopefully it's going to happen and the strongest guy is going to fight the other strong guy and then we know the champ."

The 20th anniversary Laureus World Sports Awards take place in Berlin on February 17, honouring the greatest sporting triumphs of 2019, and celebrating the power of sport to transform the lives of millions of young people. #sportunitesus #laureus20