Wilder vs Fury 2: Ultimate redemption the prize for Tyson Fury if he can overcome terrifying Deontay Wilder

Greatness awaits Wilder or Fury in a classic heavyweight fight that moves us closer to finally crowning one true king, writes James Dielhenn 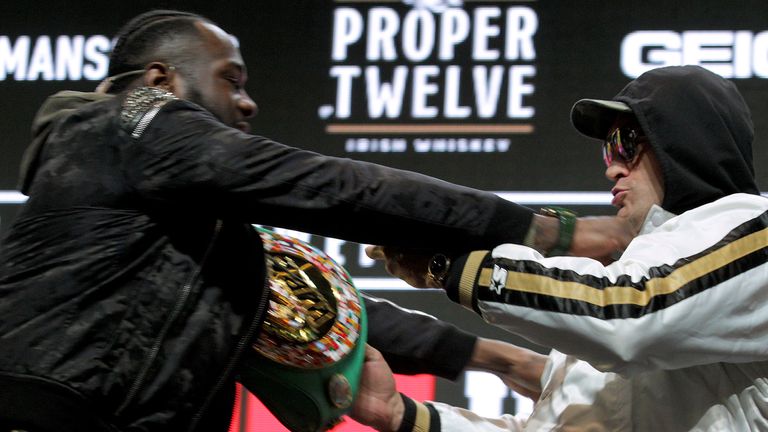 Tensions boiled over at the press conference!

Tyson Fury has been to the mountain top once before but didn't like the view. In the four years since, he has lost his titles, lost his way, lost the equivalent of a super-lightweight in fat - but has still never lost in the ring.

His entire life seemed to play out in an extraordinary 12th round against Deontay Wilder when he crashed brutally to the floor and unexpectedly survived to tell the tale but, in tonight's rematch, he can claim true redemption. Through his dark times after he first became world champion, Fury visualised a brighter future and, by again challenging Wilder for the WBC heavyweight championship in Las Vegas, he has at his fingertips the glory and the acclaim that his God-given talent always seemed destined for.

The only problem? In the opposing corner stands an avalanche of power regarded last year as the hardest punching boxer of all time. Wilder has a 95 per cent KO ratio and Fury is the only opponent who he has failed to smash. Together they are undefeated in 73 total fights, shared a thrilling draw 14 months ago, are desperate to settle the score tonight and promise to fight again later in 2020.

These are two of the most electric personalities and gigantic auras - Wilder bear-chested under a fur coat with his harsh glare concealed by sunglasses, Fury's own face dotted on a custom-made suit and his tongue sharp enough to hurl out wit at a second's notice. They have each experienced horrific lows, but both came through and now speak powerfully about their problems.

Wilder's fiancé Telli Swift and Fury's wife Paris have been a fixture of fight week, perhaps the real strength behind these strong men. The boxers are fathers to 13 children combined, siblings to younger brothers who also fight for a living - Wilder first put on gloves to pay the medical bills of his disabled firstborn.

The similarities run deep all these years, and after all these successes, later. Neither has abandoned their small hometowns for the bright lights. Tuscaloosca and Morecambe, in Alabama and Lancashire, each believe they house the world's greatest heavyweight yet the locals don't bat an eyelid when these famous giants go about their daily lives.

But they are polar opposites in their preparation for tonight's fight, one of them mistaken in their resolute belief that their philosophy will provide a crucial edge.

For the champion, nothing changes. Wilder's trainer Jay Deas remains in the corner, as he has been for his entire career. They trained where they always train, at home in Alabama, and Wilder will fight how he always fights, with all the subtly of a hungry pitbull at dinnertime.

The challenger has completely revamped his approach, not for the first time. Gone is Ben Davison, his trainer throughout his huge weight loss and the first Wilder fight, as well as Hall of Fame trainer Freddie Roach who appeared fleetingly and Ricky Hatton who was a trusted aide. Sugarhill Steward, nephew of the feted trainer Emanuel who Fury first met a decade ago, is now in his corner and has promised a new attacking game-plan but this is a new and untested alliance. Fury also claims to have dipped his knuckles in petrol to toughen them, an old Traveller street-fighting trick, as well as other bizarre preparation better left unsaid.

A leopard cannot change its spots but convention never applies to Fury, who even the jesters on the Sin City Strip look at as a maverick. He was trained by his uncle Peter Fury when he ended Wladimir Klitschko's world title reign but they never worked together again and have never explained why.

"I won't run, you're going down in two rounds," Fury vowed.

Wilder hit back: "I don't buy anything he says. It's his job to stay away. Thirty-six minutes he has to avoid me."

IBF, WBA and WBO champion Anthony Joshua's take: "For Wilder to win he has to knock Fury out, and he couldn't do that the first time. For Fury to win he can hurt Wilder or out-box him. Fury has more to his arsenal so that's why I'm leaning to him.

"Fury is underestimated with his punching power which makes him dangerous.

"Wilder isn't the best of boxers but he has a right hand - if you can avoid that, you have the beating of him."

Joshua: Fury has more to his arsenal 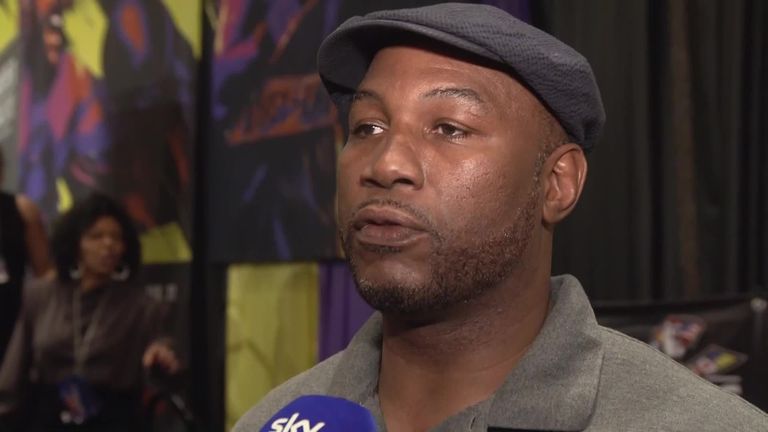 The clues to watch out for in the early hours of Sunday morning will come in the first seconds, definitely within a minute.

Will Wilder swing like a man possessed in search of a 21st first-round KO? Will Fury dance around the outside or surprise Wilder by meeting him head-on?

The general consensus is Wilder by knockout or Fury on points, but there has more pre-fight bluffing than in some of Vegas' most lurid casinos so stranger things could happen. Remember Fury's susceptibility to being cut above his right eye. By the end of the first round, if the fight gets that far, it will be clear which boxer is the matador and which is the bull.

The consequences for the loser will be far-reaching and potentially Earth-shuddering, whoever it is will be destined to be viewed through a totally new prism once his flaws (or his humanity) is exposed. The future opponents will then circle and fresh narratives will be born.

This sensational occasion, truly a classic fight in the making, will usher in a new chapter for this era's exciting heavyweight division where the winner simply must face Anthony Joshua to decide the rightful king.