Hearn: "I promise you this fight will happen"

Anthony Joshua's undisputed world title fight against Tyson Fury "will happen", says promoter Eddie Hearn, who says he will do "everything it takes" to agree a deal.

Britain's heavyweight rivals hold all the world titles as Fury claimed the WBC belt with a stunning stoppage win over Deontay Wilder in Las Vegas at the weekend, while Joshua regained his WBA 'super', IBF and WBO straps in a rematch victory over Andy Ruiz Jr in December.

Hearn revealed how he spoke to Joshua on Sunday to discuss him fighting Fury next, despite ongoing talks for an IBF mandatory title defence against Kubrat Pulev at Tottenham Hotspur Stadium, and the Matchroom Boxing boss has promised to thrash out terms for a blockbuster British battle.

"Everybody is very clear on this. Everybody wants this fight - Anthony Joshua, Tyson Fury, MTK, Top Rank, Frank Warren, Matchroom. 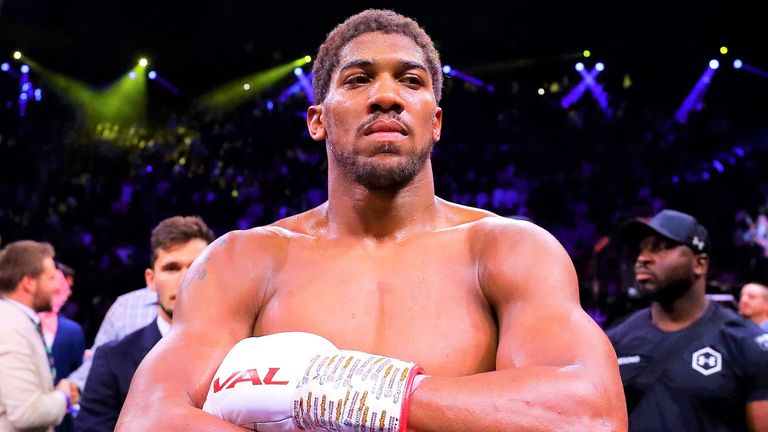 "There are some hurdles to overcome on the broadcasting, but nothing too much. 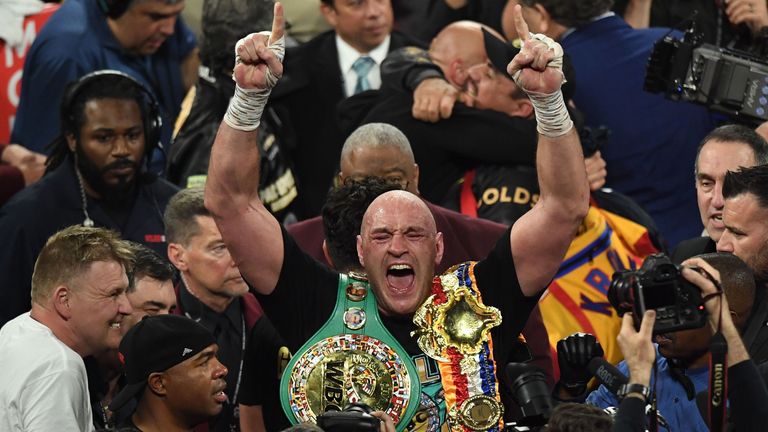 "Last time, you had us and Team Wilder and we were locking heads. Right now, you have two guys and two camps that genuinely want this fight, that genuinely will do everything that they can to make this fight. It is the only fight.

If we can go straight into the Fury fight this summer, that is everybody's preference

"When are we ever going to get the chance of two British world heavyweight champions fighting for the undisputed title against each other? It's never happened before it will never happen again. We'd be clowns, we'd be idiots if we didn't make this fight. We believe we win the fight, they believe they win the fight, so let's see it."

Wilder has the option for a rematch with Fury, but Hearn insists Joshua would be available for a massive showdown in the summer, if the American does not attempt to immediately regain his WBC belt.

"He [Joshua] phoned me yesterday, we had a good conversation on the phone and his first thing that he said is: 'how do we make this fight happen?' I said to him, look firstly this hinges on Wilder.

"If we can go straight into the Fury fight this summer, that is everybody's preference.

Congratulations to the newly crowned WBC heavyweight Champion - Tyson Fury and the greatest promoter of all time - Bob Arum!
You did it!!!

"Kubrat Pulev is also promoted by Top Rank. There is a move to be made there where we make Pulev wait and we can do this undisputed fight in the summer, but we wait on Wilder, because if he exercises the rematch we have no choice but to fight Pulev next and then fight the winner of Wilder against Fury."