Tyson Fury insists he is only just getting started, having reinvented himself as a "beast" with a spectacular destruction of WBC heavyweight champion Deontay Wilder.

Fury had promised to be aggressive in this rematch against Wilder, after his elusive boxing tactics were not enough to secure the belt in their first fight 14 months ago.

The 31-year-old delivered in style, flooring Wilder twice at the MGM Grand and beating the champion up to the extent his corner pulled him out in the seventh round.

"I'm my own worst critic and even though it was a fantastic performance and I got a great win, I know I can do better," he said.

"I've only just started with my new trainer, SugarHill Steward. We only had seven weeks to perfect a Kronk Gym style. But I'm a quick learner and I aim to get back to the gym straight away, to work on balance and straight punches.

"I'm going to be putting people to sleep left, right and centre. Don't forget when I came here people said I can't punch. Wilder himself said I've got 'pillow fists' in the past.

"Well it didn't do badly for an old fat guy who can't punch, did I?"

Asked whether he believes he is the biggest puncher in the heavyweight division, Fury said: "No... I'm an old feather duster who can't break an egg, aren't I? 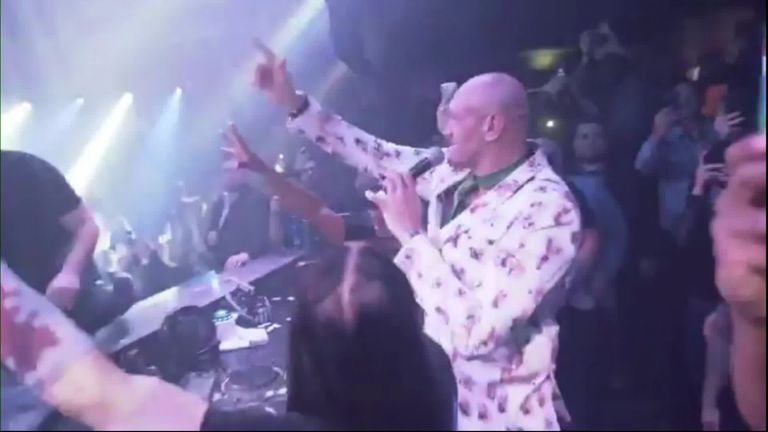 "But 21 knockouts in 31 fights isn't so bad considering I never really look for knockouts, I've always looked to use my boxing skill.

"With this weight and technique, we can knock out anybody. When I jumped on the scales people thought I hadn't come for a fight, that I'd underestimated Wilder, come for a payday. When I got in there I felt like a beast. This is my weight."

Fury has now held all of the major world titles in the division, having outclassed Wladimir Klitschko in 2015 to win the WBA, WBO and IBF belts before spiralling into a spell of depression and inactivity.

Fury - who socialised with fans in Vegas in the wake of his win - still believes a third match with Wilder could happen.

"The spoils of war are fresh," he said. "I need to enjoy this victory and Deontay needs time to recover. But I'm almost sure he'll take the rematch because he's a dynamite puncher and he can take someone out at any time.

"With that level of danger, you can always win a fight. I'm sure we'll do it again if he wants to."