"I wish him all the luck in the world. But I wish it was me, know what I mean?" 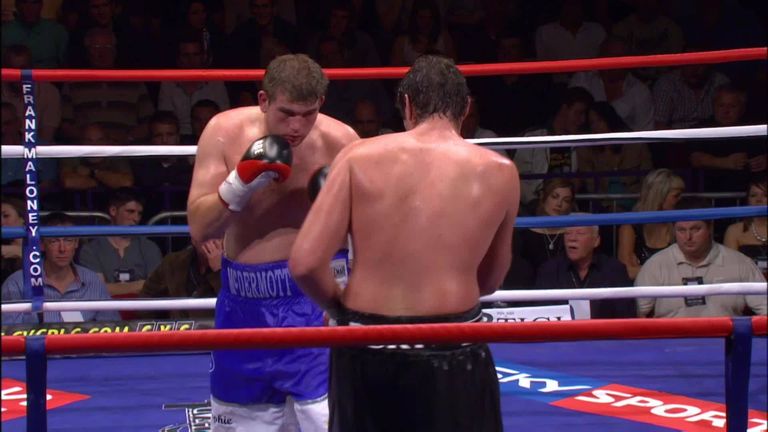 Highlights of Fury vs McDermott

The man who believes that he beat Tyson Fury now works on the railways, fixing overhead cables. He watches Fury from afar with interest but rarely tells his mates about the day he flustered the world heavyweight champion. As he now says: "What’s the point?"

John McDermott will forever be a small footnote in history because of the controversial points decision that went against him when he boxed a young Fury in 2009, but it is scant consolation for the missed pay days and opportunities as a result.

"Of course it still annoys me," McDermott told Sky Sports. "I'm not saying I would have gone onto fight for the world title but it would have helped me, at the time. A bit more money when there wasn't much money in boxing. He's a millionaire now and I'm struggling."

How things might have been different had that infamous fight been scored how the majority of onlookers believe it should have been.

Fury was 21 years old and had won his first seven fights by knockout, he was obviously a talented prospect but was still relatively unheralded. McDermott was a 30-fight veteran who had lost his previous two, and five in total. He was an experienced but limited contender who was cherry-picked for Fury as a stepping stone towards bigger things. The English heavyweight title was the prize but the idea, for Fury, was to test him against a slightly tougher opponent than his previous seven.

"They thought I'd be an easy fight. They didn't think I could dig deep," McDermott says. There is angst in his voice 11 years later.

"I remember walking up to the punch bag and my trainer drew a line at 6'9'' and said: 'This is how tall Tyson Fury is'.

"I remember thinking: 'How am I going to hit the bloke?'"

The ammunition was provided by Fury's pre-fight ribbing of McDermott, an early sign of the future WBC champion's mischievous side. He mocked his rival's belly, calling him 'McMuffin' and 'Big Mac'.

Fury was greeted by a hostile reception for the fight in Essex, McDermott's home patch, a bear-baiting pit of chaos for an occasion that brought two heavyweights from Travelling stock together. Their respective fans created an intimidating atmosphere. Their respective fathers, each formerly heavyweight boxers too, hurled instructions from ringside.

McDermott crashed home his first overhand right after 30 seconds and couldn't miss that same punch all night. At the end of the first round both boxers intentionally bumped heads and had to be dragged apart. The hostility upped a notch.

"In the third round I hit him with a jab and his eyes rolled but he came straight back," McDermott remembered. "I thought: 'This boy has some bottle'."

Fury had never previously boxed beyond the fourth round but, by this point, he wasn't having things his own way and couldn't stop McDermott's roughhouse tactics.

Smack, another overhand right to Fury's face. The young prospect, for the first time, proved his stomach for a brawl.

"I'm not a massive puncher," admitted McDermott. "I hit just enough. I didn't catch him smack on the chin which was unlucky for me. He's got a good chin."

Fury had his moments too but this wasn't the fight he expected.

"In the eighth I shook him down to his boots. I thought I'd got him," McDermott said. "But he came back like a wild bull!"

The feeling at the final bell was that a major upset had occurred but, immediately, referee Terry O'Connor raised Fury's hand.

"I thought the judges were scoring it," McDermott said, baffled to this day. "But people were booing and I saw the referee holding Fury's hand up.

His post-fight interview was emotional and memorable: "I'm a nice man. What did I do wrong?"

Fury responded: "I deserved it."

McDermott's promoter Frank Maloney (now Kellie) even had a heart attack at ringside when the verdict was confirmed. 'I'm a nice man' - McDermott's emotional reaction
YouTube Due to your consent preferences, you’re not able to view this. Open Privacy Options

McDermott's trainer CJ Hussein told Sky Sports: "It was great to be involved in a pub quiz question - who really beat Fury? It's history and you can't change that. We changed a little bit of history on that night because they brought in judges for every English title fight afterwards."

A conspiracy that McDermott has repeated ever since, and again to Sky Sports, is that his father twice knocked out the referee when they were both young boxers and O'Connor had held a grudge.

"One thing I'll say about Fury - he's got plenty of bottle and heart," McDermott said. "To box me in his eighth fight? I knew then that he was special.

"He was just a boy but has improved tenfold since then. He's so awkward - big, unorthodox, strong guy but he can't hit very well.

"He fought his heart out and I gave my all. I was in bed for three days after, knackered."

The implications of this harsh verdict were severe for McDermott. It robbed him of his final chance to "set up his family", as he puts it. A place in folklore does not pay the bills.

Referees no longer singularly decide the winner to bouts of that level.

McDermott was reassured by a meeting in the car park as, exhausted and heartbroken, he left the venue leaving his dreams and ambitions behind him.

And McDermott's trainer Hussein reiterated: "Fury's father said to me in the car park: 'My boy didn't deserve that, he was very lucky'.

"People don't know this - Fury came to my gym many years later with his uncle Peter. He put his hands together like he was praying and told me: 'Thank god McDermott left you for the rematch'."

Fury stopped McDermott in the ninth round of their second fight in 2010.

"I wish he didn't leave me for the rematch," Hussein regrets. "We could have buried this."

McDermott's career ended seven years ago with a 28-8 record. He never became British champion, a major regret. His legacy is the disputed verdict of the first fight with Fury, and a similar fate suffered against Danny Williams which he also claims was unjust. 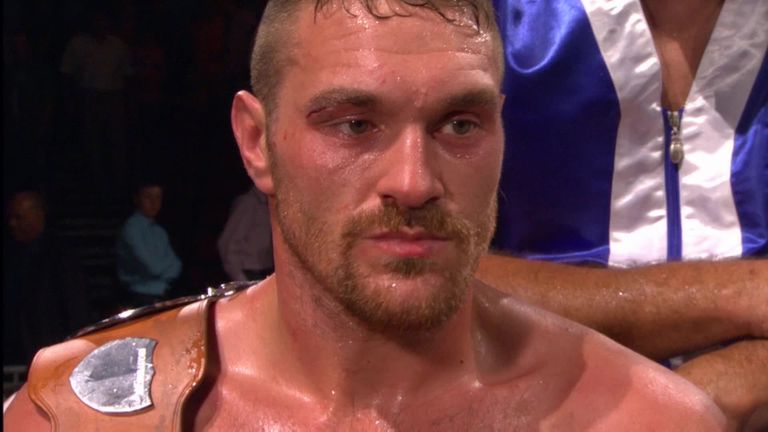 "Frank Maloney was a good promoter but he didn't really believe in John," Hussein reflected. "I think it's because of how he looked. But John was one of the fittest guys I ever had. His shape was just the way he was born and it was a disadvantage. Fury used to look like a bag of spanners but he's in great shape now. You can transform your body with the latest sports science these days but we never had that.

"If John picked up the British title it would have catapulted him to the top, he just needed a platform. He sparred with top guys - we were supposed to spar David Price for a week but John beat him up on the first day, and they didn't want to spar again."

Price knocked out McDermott in 2012. Fury then recruited McDermott as a sparring partner for his fights against Derek Chisora but they never spoke about the referee's iffy decision several years earlier.

McDermott won a bet with his workmates that Fury would knock out Deontay Wilder in their WBC title rematch.

He shares a small part of Fury's history, he is reminded. McDermott replies: "I suppose. And I suppose the better he does, the better it makes me look. But I don't kid myself, I'd have no chance against him now.

"I wish him well, I wish him all the luck in the world. But I wish it was me, know what I mean?"