The WBC have confirmed that Dillian Whyte has taken legal action against the governing body about the date of his mandatory WBC heavyweight title fight.

Whyte defeated Oscar Rivas by unanimous decision in a WBC final eliminator last July to secure his mandatory shot at the WBC belt currently held by Tyson Fury, with the WBC president Mauricio Sulaiman reiterating last month that the Brixton man would receive the world title fight by February 2021.

Fury is set to face Deontay Wilder in a third fight by the end of the year, while the WBC champion has already agreed a financial deal in principle for an undisputed world title fight with Anthony Joshua, but Whyte has now reinforced the terms of his WBC mandatory fight. 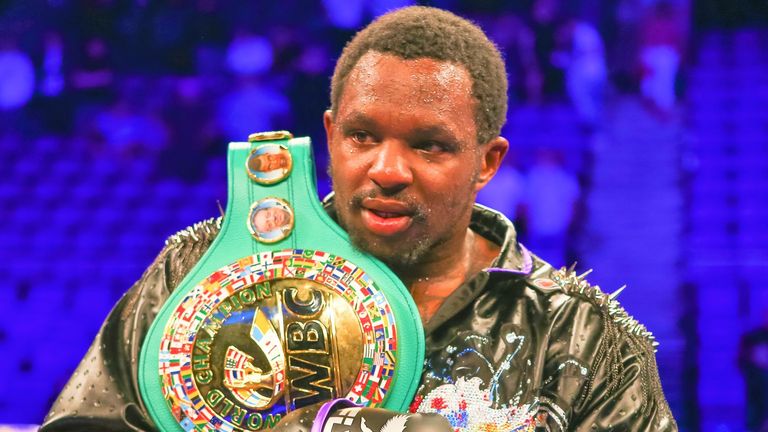 WBC president Sulaiman told Sky Sports: "There is a procedure with regards to the date of the mandatory in the heavyweight division.

"Upon direct advice of WBC legal counsel I am not in position to discuss any further."

Fury's US promoter Bob Arum revealed that he plans to hold talks with the WBC in a bid to delay or 'eliminate' the Whyte fight and the Top Rank boss suggested his fighter could even receive the status of WBC 'Franchise' champion, which would remove his mandatory title commitments.

"We will be talking to the organisations to eliminate mandatories, or to postpone them all for at least one year," Arum told Sky Sports earlier this month.

But Matchroom Boxing promoter Eddie Hearn has insisted that Whyte should still receive a 'monstrous fight' against Fury early next year, with Joshua battling the winner in the summer of 2021.

"The point of Tyson Fury and Anthony Joshua and the teams agreeing to the structure of that deal - that deal can happen, that first fight can happen at the end of next summer," Hearn told Sky Sports.

"It will be 2021, but there is a big period of time where Dillian Whyte should be getting his shot at the world title and that's important to us."

Whyte is the WBC 'interim' champion and will return to action in a rescheduled fight against Alexander Povetkin this summer.

The 32-year-old has warned that his world title ambitions will not be delayed any longer after securing a guaranteed fight with Fury.

"The whole thing's a joke and I'm not putting up with it anymore," Whyte said earlier this month.