Cecilia Braekhus risks her status as the undisputed welterweight champion by defending her four world titles against Jessica McCaskill on August 15.

Braekhus has linked up with new trainer Abel Sanchez and is full of respect for her American opponent. 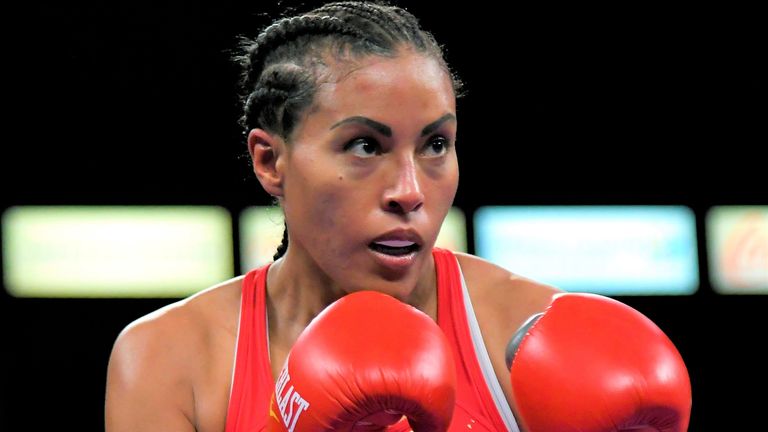 "Finally we have a new fight date and I cannot wait to return to battle," said Braekhus .

"It's been an extended camp in Big Bear with my new trainer Abel Sanchez and I'm very excited to defend my world titles against Jessica on August 15. I know how tough of a fight this is and will be well prepared for victory."

McCaskill has unified the WBA and WBC belts at super-lightweight since suffering a point loss to Irish star Katie Taylor in 2017.

"I'm just looking to make history and shock the world as I usually do every time," said McCaskill.

"I'm expecting to knock out Cecilia. I don't know what round, but this extra time we've got to train before the fight is definitely going to make us a lot sharper and a lot stronger and smarter overall.

Mexico's Martinez makes the second defence of his WBC belt against Puerto Rican Arroyo after retaining his title with a hard-fought points win over Welshman Jay Harris in February.

"I am so happy to be back in the ring again and I promise you another war on August 15," said Martinez.

"With the unification fights ahead of me, it is important to take care of my mandatory challengers and I expect a tough fight with Arroyo.

"I believe 2020 and 2021 will see me unify and become undisputed and I can't wait to put a smile back on boxing fans faces."