Anthony Joshua on Katie Taylor: "She'll definitely be one of those people that leave a mark on the boxing industry." Taylor headlines a triple-header of women's world title fights this Saturday, live on Sky Sports 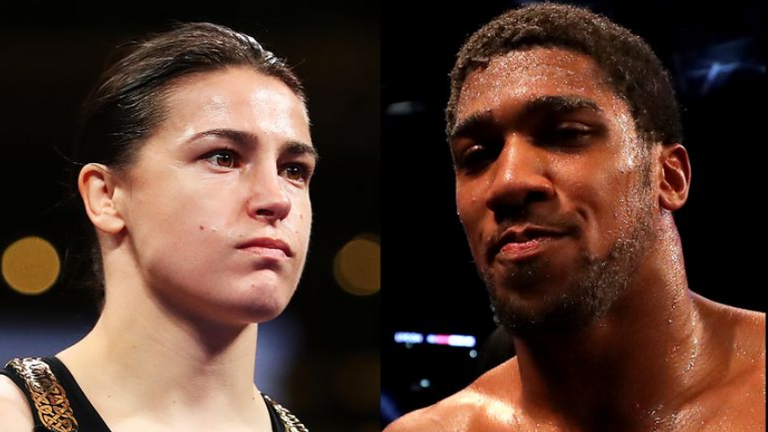 Anthony Joshua has described Katie Taylor as "phenomenal" and believes she is one of the "few fighters" who will leave a lasting legacy in the sport.

Joshua and Taylor have both excelled at the highest level of professional boxing after winning gold medals at the London 2012 Games, but the unified world heavyweight champion says he is in awe of a "special" trailblazer for women's boxing. 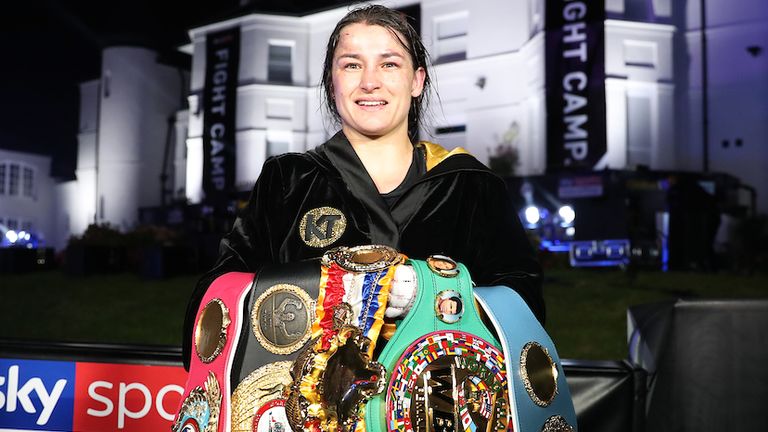 'Gutierrez is a tough fight for Taylor'

"I can't even put it into words. She's special.

"Sometimes you get a few fighters that come along in this world and they're special, and they leave a mark.

"She'll definitely be one of those people that leave a mark on the boxing industry."

On the same night, Harper defends her WBC super-featherweight title against Norway's Katharina Thanderz, who is confident she can expose the British fighter's technical frailties.

"My last fight was a hard one where I had to bite down on the gum shield, but this fight will be an even greater test," said Thanderz.

"I came through in my last fight and had my hand raised. I'm confident that will happen again against Terri.

"I've put in extra hours to work on a specific game plan and now I just can't wait to get in there with Terri and put into practice what we've worked on."

Ball must switch her attention to Argentina's Jorgelina Guanini after Ebanie Bridges pulled out through injury and she intends to claim the vacant WBA bantamweight belt with an emphatic victory.

"I've got to take things as they come, and this is my next challenge," said Ball. "I'm just preparing as hard as I can for that.

"There's no point me looking any further than that. I've been given a great opportunity and I need to grab it with both hands. I'll see what happens afterwards.

"I am overdue a stoppage. I need to get one. I know I am going to win this fight and I'm going home with that belt. That belt is not getting on that plane! It's mine to win."

In August, the Midlands boxer floored Shannon Courtenay in a points win and suggested that her Brit rival might have to wait for a rematch.

"I'm pleased with my performance," said Ball. "I'm very proud of myself, but I want to show more. Some people are still questioning my ability. I want to show them what I'm really about.

"Shannon needs the rematch more than me. I'm not really that bothered, and that's no disrespect to her. I just want to fight as many people as I can."