Anthony Joshua on Deontay Wilder: 'How he feels today might change - it isn't coming across in the right way’

Anthony Joshua has questioned whether Deontay Wilder's reaction to defeat will ever "make sense" – but reiterated his rival was the reason they never met in the ring.

A tweet from Wilder to Tyson Fury saying "you know I was offered more money to fight Joshua than I was getting to fight you - again being a man of my word, I fought you" was seen by Joshua as an admission of why they never agreed an undisputed world heavyweight title clash.

Wilder has mentioned his ring-walk outfit, a bicep injury, his "disloyal" trainer and made unfounded allegations about Fury's gloves as reasons for his defeat, but Joshua believes his outlook may change eventually.

"I'm not surprised," Joshua told Sky Sports about Wilder's reaction to his defeat to Fury.

"He is trying to express how he feels to the world. He has left it to us, the masses, to interpret it how we feel is best.

"How he feels today might change in a year or two years due to experiences or more understanding of the situation that he has gone through.

"He was knocking everybody out and got used to a winning performance. He took a loss and isn't used to it.

"As time goes on, he may express himself differently.

"Today? In my humble opinion it isn't coming across in the right way. 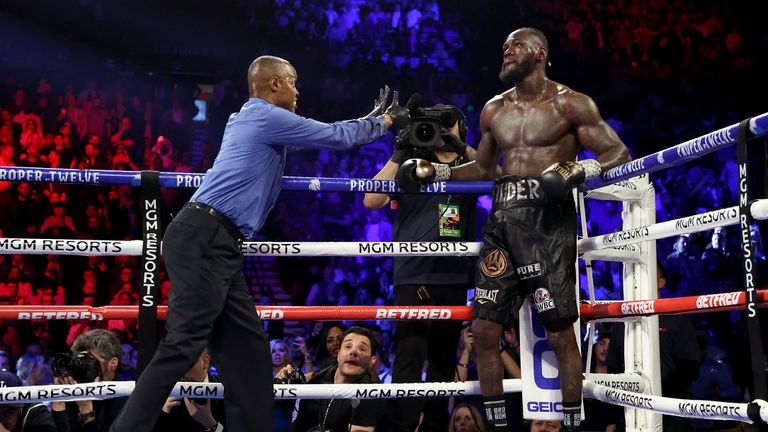 "The positive out of it? He told the world that he ducked and dodged me.

"We offered him a fight for the undisputed championship of the world and he went down the route of fighting Fury.

"I'm glad we can clear that up and move on.

"As time goes on, it will all come to fruition and make sense."

Joshua and Wilder held every major heavyweight belt between 2016 and 2019 but never struck a deal to meet in the ring.

'Wilder must dance to my tune'

Wilder has announced his interest in fighting Dillian Whyte, who campaigned unsuccessfully for three years for a fight when the American held the WBC belt.

Whyte responded to Sky Sports: "Tyson Fury is not fighting him, so who else can he make any money from? Wilder is not a big draw at all.

"Even when he was heavyweight champion, he could not sell out venues, and I think he's only ever had a couple of fights on pay-per-view. All he does is run around and talk s***.

"He's a coward. Now he's got nothing at all to lose, basically. He ignored his duties as the WBC world heavyweight champion. It's shocking he was allowed to do it as well. Absolutely shocking."

The road to AJ vs Fury

Now Joshua aims to crown a sole world heavyweight champion with two fights against Fury in 2021 but must first defend his IBF, WBA and WBO titles against Kubrat Pulev on December 12, live on Sky Sports Box Office.

Fury's plan to defend his WBC belt on December 5 in London fell through and he will now return next year.

Wilder still has not given up on a third fight - their first was a thrilling draw and the rematch was won comprehensively by Fury. 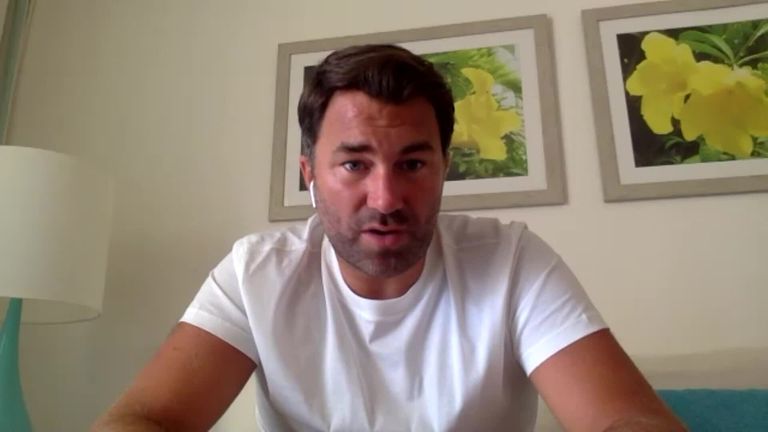 Anthony Joshua and Tyson Fury not fighting at least once in the UK would be 'a shame', says promoter Eddie Hearn

Wilder is taking the dispute over a trilogy fight through a mediation process and his manager Shelly Finkel told Sky Sports: "I wouldn't go into it, if I didn't [hope for a positive outcome] but am sure they think so too."

Asked if he expected a ruling this year, Finkel said: "I would hope so, yes."

Wilder's most recent tweet towards Fury said: "The only thing I want from you is for you to honour your agreement and fight me.

"I gave you two shots when I didn't have to and it changed your life. Now it is time for you to be a man and give me my shot as you agreed to."

Joshua climbed up the WBC rankings in just his ninth fight, claiming the WBC international belt with a stoppage of Denis Bakhtov, and has recently reaffirmed his desire to complete the collection of major titles.

"When the time is right, the opportunity will present itself.

"When the WBC talk comes around? Hopefully people understand that: 'Joshua is serious'. Which I am."