WBC president Mauricio Sulaiman on Deontay Wilder: "He deserves an opportunity we will see how things evolve in the coming year"; Tyson Fury has entered a mediation process with American rival after dispute over third heavyweight fight

The American has entered into a mediation process with Fury after he was unable to agree terms for a third WBC title fight following the British star's stunning stoppage win in February.

Sulaiman says Fury retains the "full support" of the WBC, but has acknowledged that Wilder remains firmly in contention for another WBC title fight.

"There is an issue that we are aware of that Tyson Fury and Deontay Wilder have some sort of mediation process going on and that's the only thing, but we don't have any details," Sulaiman told Sky Sports.

Asked if Wilder could feature in the WBC's future plans, Sulaiman replied: "Wilder is a tremendous, important element. He was five years champion of the WBC. Extremely loyal.

"He deserves an opportunity and we will see how things evolve in the coming year."

Promoter Eddie Hearn hopes to secure two blockbuster battles between Anthony Joshua and Fury next year and had suggested Wilder could be made to wait for another world title shot. 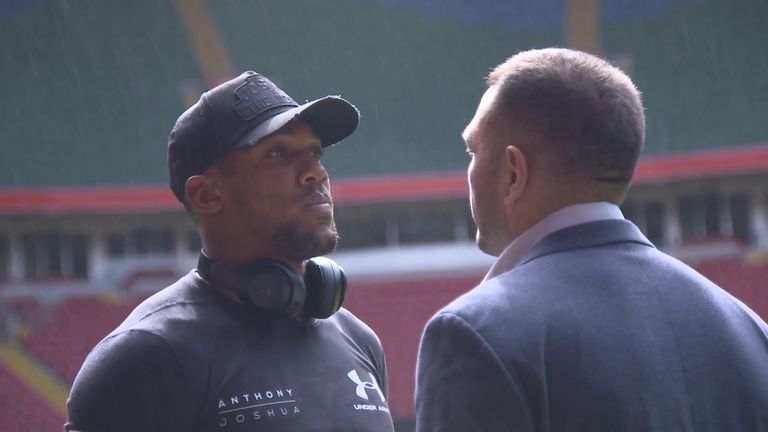 "He won't get a shot at the world title until 2022 onwards because we are going to have two fights [with Fury] next year if we beat Pulev."

Joshua makes the next defence of his WBA, IBF and WBO heavyweight titles against Kubrat Pulev on December 12, live on Sky Sports Box Office.