British rivals Anthony Joshua and Tyson Fury are currently holding talks about an undisputed fight for the WBA, IBF, WBO and WBC heavyweight titles next year 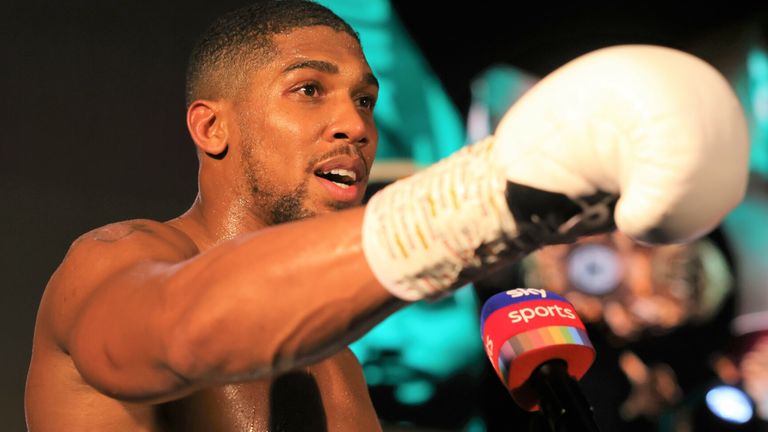 Anthony Joshua against Tyson Fury could be staged next year, but who would emerge victorious from an undisputed world title fight? The Panel have given their verdict...

The British rivals are currently holding talks about a blockbuster battle which would see the winner confirmed as the world's No 1 heavyweight.

But will it be Joshua or Fury who complete the collection of WBC, WBA IBF and WBO belts? Our Sky Sports experts have offered their opinions...

I think the only way that Anthony Joshua can win this fight is by stoppage. He can't outbox Fury, who is too good at range. He throws punches from all angles and he's so awkward. 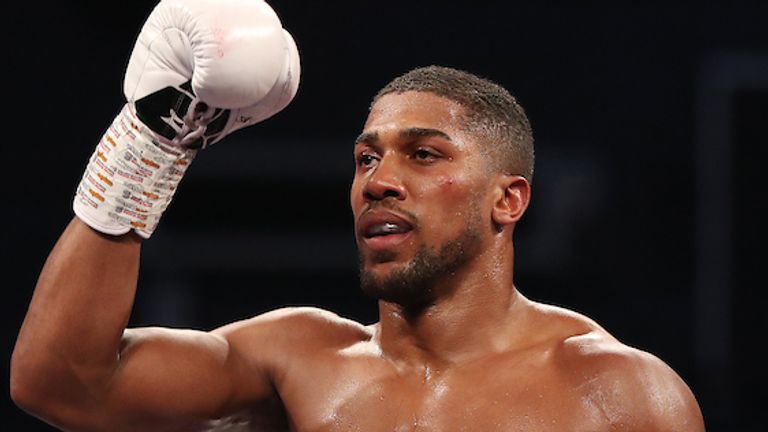 Joshua admits he became 'more dedicated' to boxing in 2020

But Joshua is an Olympic gold medallist with strong fundamentals and he's got combination punches with real aggression. If he produces the same finishing instinct that he's shown in past fights, then he can beat Fury.

AJ can get him out of there, I think he can, because you saw bursts of his aggression in the Kubrat Pulev fight. If AJ maintains that, there's a chance he could stop him, but the problem is, if he doesn't stop Fury then he's going to lose on points.

It's the biggest match-up in a generation that the fans, the fighters and everybody wants to see. I believe it will happen at some point in 2021. Who wins? That's the big debate. Tyson Fury became the favourite after his destruction of Deontay Wilder, but Anthony Joshua has pulled back some opinions after the way he dealt with Kubrat Pulev. What I liked from AJ was the fact he mixed skills and power together, because he's going to need that power if he's going to halt the great boxing ability of Tyson Fury.

If Tyson Fury is on top form, it's going to be a very hard night's work for Anthony Joshua. But I think that Joshua has got the power to knock out any heavyweight in the world.

There's a bit of me that thinks Tyson Fury will struggle with Joshua's increasing arsenal, and could find him a lot tougher than some people are expecting. It's a very hard fight to call, I hope we get two of them, and only then will we know who the greatest heavyweight in modern times is.

AJ wins by late stoppage. AJ has that raw power which will make Tyson Fury think about boxing him more than beating him up. But I believe Joshua will box a lot better in this fight than people expect.

As Joshua get his second wind in the later rounds, that's when he'll manage to land a shot on Fury and knock him out. I think AJ's boxing ability will actually shine, more than people realise. He'll do better when he boxes him, instead of just having a fight.

I think Fury wins on points. I don't believe he will attempt the same aggressive tactics that he showed against Wilder. AJ is a much better fighter than Wilder. He maybe doesn't hit quite as hard with one punch, but he still hits hard enough.

He will look to outbox AJ, rather than do what he did against Wilder in the second fight. AJ is a good boxer - he showed that in the rematch win over Andy Ruiz Jr - but Fury is a top, top boxer. He's got an excellent jab, got better angles, his movement is excellent. I think he'll outbox him.

It's a very difficult question to answer, because AJ is improving all the time. We're going to be talking about a few more months, the experience of the Kubrat Pulev fight, and that's going to make him a better fighter.

Fury, going forward in the Wilder rematch, he did things that were new to him there, and he's going to be better as well. I can see both men being capable of winning the fight.

If it's a purely boxing sense, then Tyson Fury's more natural at what he does. He's the better boxer, in that he's been doing a lot longer and it's a natural fit for him.

But if AJ's new-found boxing ability and smartness, and ring generalship improves and carries on developing then he can get himself into spots where he can land the big shots on Tyson. If he lands a big shot, he's knocking Fury out. I can see both men winning the fight, I really can.

If they fight next, then Fury wins and I think he wins on points. Fury is good enough that he'll be able to work out the most efficacious way to go about any given fight. In the rematch with Wilder, he thought, 'I could have done more in that first fight, I could have stepped on him a little bit.' The second time around, that's what he did. 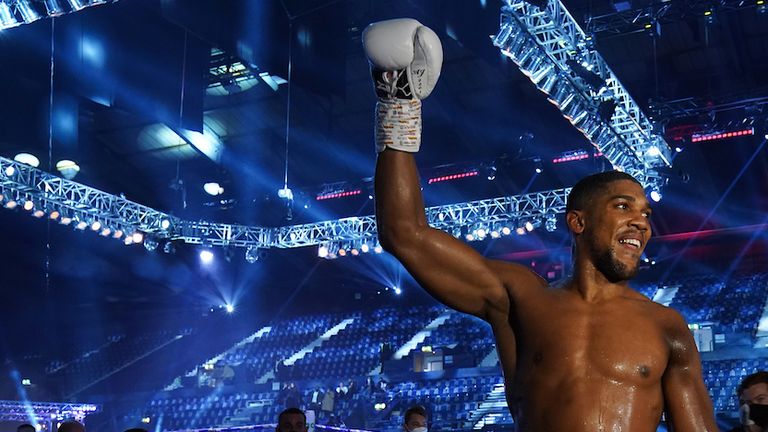 Joshua wants to face whoever has the WBC belt - and if it's Fury then so be it!

I think Fury will look at Joshua and think that he's getting better and better, which he is. People will talk about Joshua vs Fury as bombs away, but it won't be like that. That's too much of a risk for both of them. No-one is going to go out swinging at that level.

They will have a look at each other and Fury will feel the best way for him to win this fight is that he can outbox Joshua over 12 rounds - and that's what he'll attempt to do.