Dillian Whyte could be welcomed to fight Deontay Wilder in an eliminator for a WBC heavyweight title challenger, says WBC president Mauricio Sulaiman.

Whyte can regain his status as WBC interim champion if he avenges defeat against Alexander Povetkin in next Saturday's rematch, live on Sky Sports Box Office.

Anthony Joshua and Tyson Fury have signed a contract for an undisputed world title fight, with a date and venue to be decided, and challengers will be lining up to face the resulting champion.

RUMBLE ON THE ROCK!@DillianWhyte can avenge his stunning KO loss to Alexander Povetkin in their heavyweight rematch in Gibraltar on March 27, live on Sky Sports Box Office.

Book Povetkin vs Whyte 2 now using the link below!

Asked by Sky Sports if the WBC could be open to an eliminator between Whyte and former champion Wilder, Sulaiman said: "Yes, that could be a very interesting match-up.

"Unfortunately we are not promoters, we are not match-makers, but this could be potentially a very interesting fight.

"There is great talent in the heavyweight division and I am sure that we are up for a great ride in the coming years. We have so many combinations that can happen.

"Of course the excitement of Fury and Joshua is what everyone is talking about, but there are also many other fights that could potentially take the great entertainment for the boxing fans around the world." 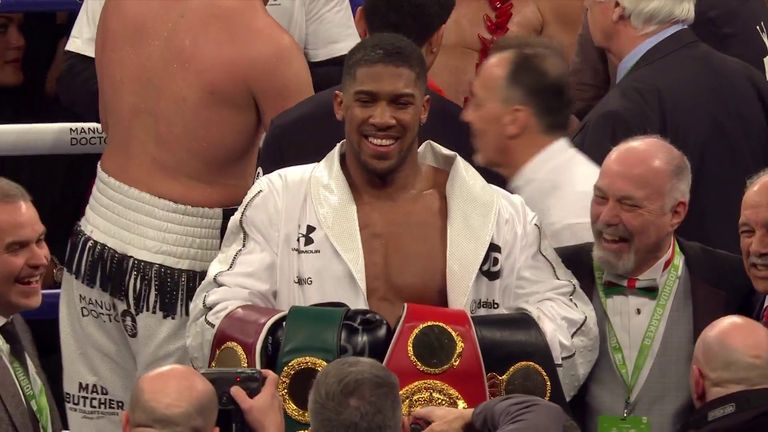 Wilder has not returned to the ring since his fearsome undefeated streak and his reign as WBC champion were ended last year by a stoppage loss to Fury.

Whyte waited over 1,000 days as WBC mandatory challenger while Wilder was the champion but never received his shot at the title, then suffered a shock knockout loss to Povetkin.

If Whyte beats Povetkin next Saturday, he could be on a collision course with Wilder, who is ranked at No 1 by the governing body, as they jostle for a shot at the Joshua vs Fury winner.

"Of course the rankings are by merit. We'll see what happens on March 27. If Whyte wins, then he becomes the interim champion.

"He would be in a very privileged position and it's just a good time for boxing." Wilder has mentioned Whyte as a possible opponent since losing his belt.

"Wilder against Whyte is a fight we've talked about a long time. Dillian Whyte called for that fight for about three years and then all of a sudden Deontay Wilder lost, now he's calling for the Dillian Whyte fight." 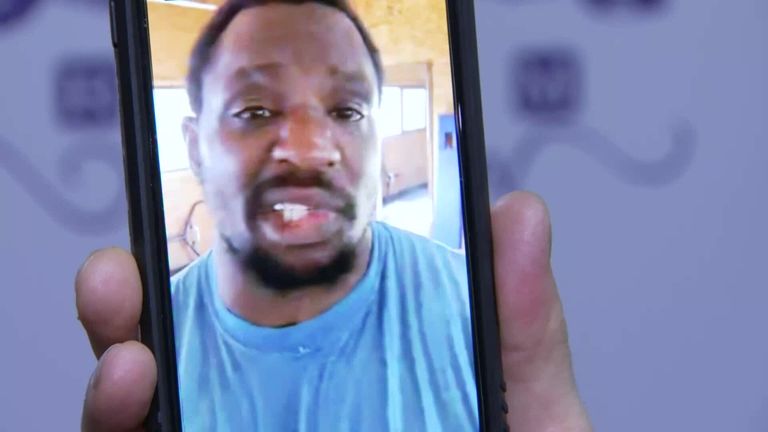 Wilder was locked in a dispute over a third fight against Fury and has acrimoniously split from trainer Mark Breland, who threw in the towel to rescue him and end the second fight.

"Outside of AJ against Fury, Whyte-Wilder remains one of the biggest fights in boxing," Hearn previously said. "I would love to make that fight.

"I think Deontay Wilder needs to get back in the ring. I certainly wouldn't be looking to put him in with Whyte straight off the bat.

"He needs a fight in my opinion. Presumably, he's going to be working with a new team of trainers.

"I think there's a lot of unrest in that team."

Whyte must first overcome the sizable task of a rematch with Povetkin.

He twice knocked the Russian down when they first met last year but succumbed to a stunning knockout punch.

Harold 'The Shadow' Knight, the trainer who helped Lennox Lewis win rematches against Oliver McCall and Hasim Rahman, has been added to Whyte's corner.