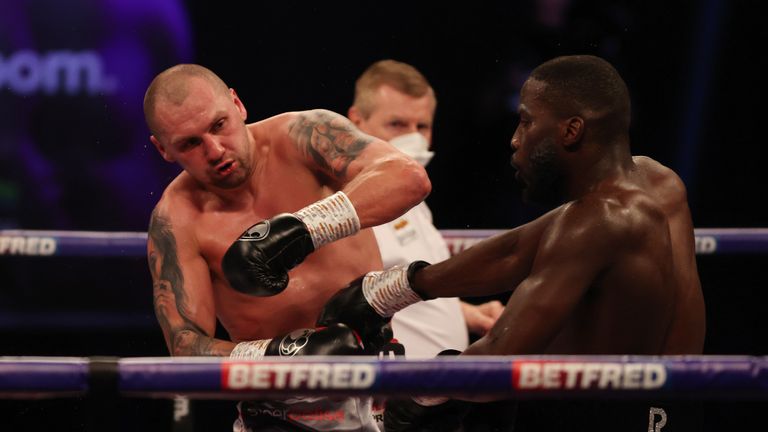 Lawrence Okolie stopped Krzysztof Glowacki in the sixth round

Lawrence Okolie crushed Krzysztof Glowacki with a huge right hand to start his reign as the new WBO cruiserweight champion.

Okolie unloaded a devastating finishing punch to drop Glowacki heavily in the sixth round and referee Marcus McDonnell waved off the fight to confirm the coronation of Britain's newest world title holder at The SSE Arena in Wembley. 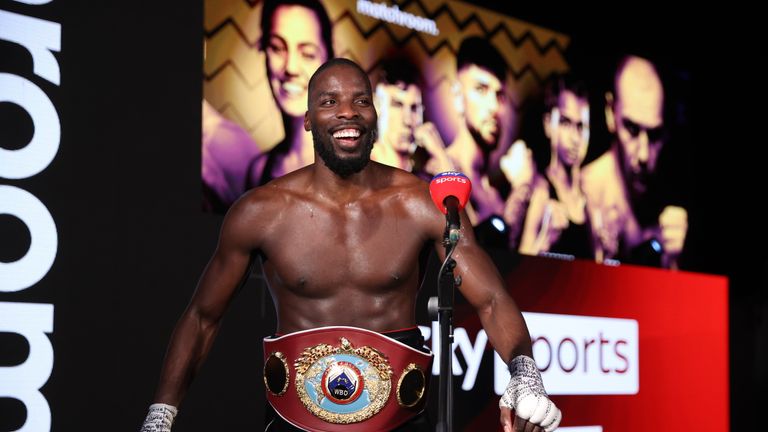 Okolie admitted it was 'surreal' to become the new WBO champion

The unbeaten 28-year-old had emulated the likes of Tony Bellew, David Haye and Johnny Nelson, who previously held world crowns in the 200lb class, and promoter Eddie Hearn announced his desire to make unification fights.

Prodding out a range-finding jab, Okolie followed up with a right hand to push Glowacki back onto his heels in the opening round.

The Pole was being picked off by the longer limbs of Okolie, who stabbed out jabs and stinging body shots in the second round.

Okolie continued to target Glowacki's ribs in the third, then intensified his assault in the fourth as a right hand wobbled his 34-year-old opponent.

Jolting jabs punished Glowacki whenever he strayed into range in the fifth before Okolie brought an abrupt ending to the fight in the following round.

A destructive right hand dumped Glowacki on his back and he clambered unsteadily to his feet, prompting referee McDonnell to signal Okolie's triumph.