Lucas Browne was knocked out in the first round by Paul Gallen, the former rugby player, in a major heavyweight shock.

Browne was battered to the canvas twice inside the opening two minutes of the all-Australian clash on Wednesday.

Gallen landed a clubbing right hand that sent veteran contender Browne to the floor, then a barrage of straight shots ended the fight. 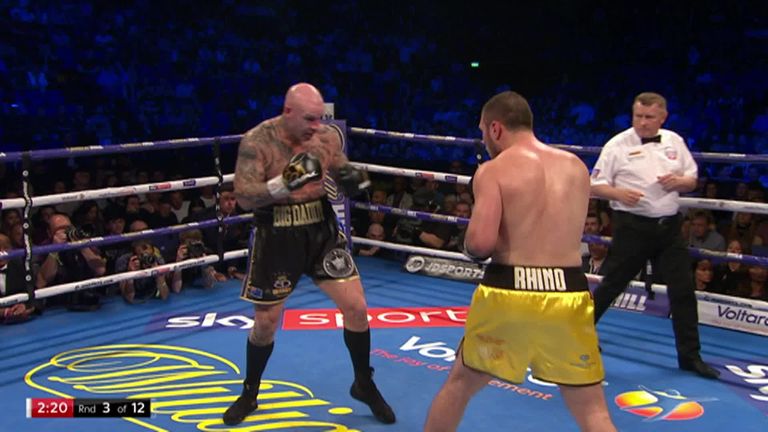 Browne was stopped by a Dave Allen body shot in 2019

Browne, who once won a WBA belt and has shared the ring with Dillian Whyte and Dave Allen in the UK, is the biggest scalp of Gallen's emerging career.

Gallen is a former Australian rugby international and legend of the National Rugby League who turned his hand to boxing in 2014 with a series of fights against fellow ex-rugby players.

But in December he beat former UFC fighter Mark Hunt in a substantial step-up, and has now beaten a ring veteran in Browne.

Dillian Whyte KO'd Browne with a left hook in 2018

Browne, 42, was boxing for the first time in two and a half years.

Gallen, 39, is eyeing a fight with Sonny Bill Williams, the ex-All Blacks icon who is also undefeated in seven pro boxing matches.

Justis Huni, the 22-year-old current Australian heavyweight champion tipped as an emerging prospect, had previously been touted as a future fight for Browne but that is now unlikely.