"I just want to say; you can try all of the tricks in the world but you won't beat Billy Joe," says Tyson Fury; Saul 'Canelo' Alvarez and Billy Joe Saunders meet in a super-middleweight title unification fight on Saturday

Look back at Canelo's massive KO of Sergey Kovalev

Billy Joe Saunders is angry about the size of the ring for his fight against Saul 'Canelo' Alvarez.

Saunders' shot at boxing's pound-for-pound king is on Saturday night in Texas, with the WBA, WBC and WBO super-middleweight championships at stake.

But a disagreement has emerged about the dimensions of the ring that they will meet in.

Tyson Fury, Saunders' close ally, posted on social media: "I got off the phone with Billy Joe. It seems like they are trying a lot of tricks in Texas with him.

"I just want to say; you can try all of the tricks in the world but you won't beat Billy Joe.

"This magnitude of a fight has to be on a fair playing field.

"I just want a fair shake of the dice." 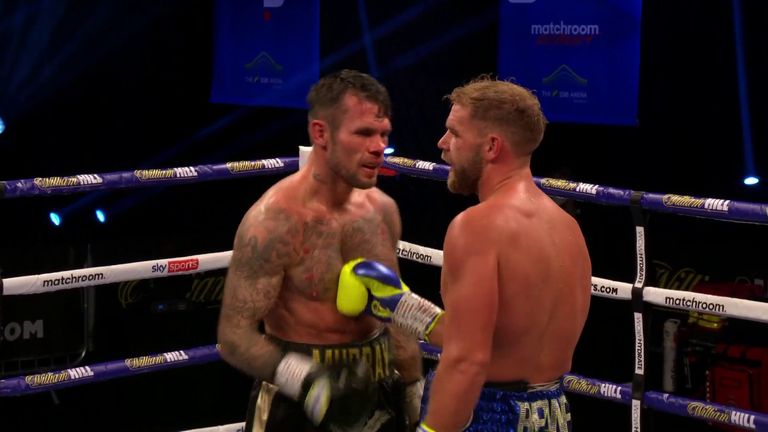 How Canelo learned from defeat

"I understand that mentality is the most important thing, mindset," he said about his 2013 loss to Floyd Mayweather.

"I understood also that a defeat is not derailing from my main goal, which is to become the best fighter in the world.

"Sometimes we think we are ready to do certain things when we are not. That applies professionally in other areas of life and it happened, but my mind is set on becoming the best fighter in the world. That's still there.

"I love boxing. I love what I do. I always set short-term goals in my mind and for now I am fully focused on this one."