Shannon Courtenay can be floored and beaten again in this summer's rematch, says Rachel Ball

"I have knocked down girls, and I'm confident of doing that again," Rachel Ball believes she can inflict another dramatic defeat on Shannon Courtenay when they share the ring again in this summer's rematch

Rachel Ball has warned that Shannon Courtenay could hit the canvas again when they renew their fiery rivalry in a rematch for the WBA bantamweight belt this summer.

Courtenay suffered her only professional defeat against Ball, who dropped the Watford boxer in the opening round before sealing a points victory at 'Fight Camp' last August.

A rematch is set to take place in July after Ball recovered from the long-term effects of Covid-19 and she intends to swiftly end Courtenay's reign as the new WBA champion.

Speaking to Sky Sports, the Midlands fighter said: "One hundred per cent she'll be facing a better Rachel Ball.

"I get better and better each time.

"I've been to hell and back, and mentally I'm stronger than ever. There's nothing you could throw at me that could be any worse than what I've dealt with, in the last three-and-a-half months.

"Of course I can [drop Courtenay again]. Don't forget that fight was made at nine stone, one [pound].

"This next fight is going to be made at eight stone, six, and the weight distribution is going to affect Shannon a lot more than me, because she's significantly shorter than me, so I expect to do the same again.

"My trainers truly believe that [I can stop her]. I don't go out there declaring that I'm a massive knockout merchant, but I have knocked down girls, and I'm confident of doing that again." 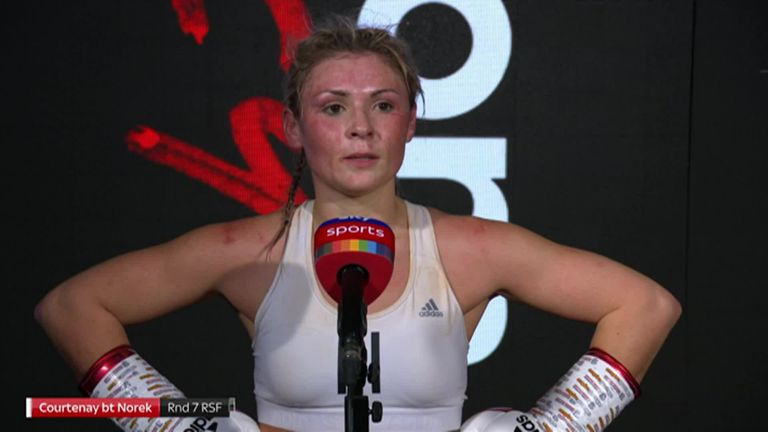 Courtenay believes she was unfortunate to lose her unbeaten record with a 77-75 verdict, recently telling Sky Sports: "The last fight, everyone thinks I won it.

"I thought I won it, but we didn't get the decision."

The 27-year-old returned with a knockout win over Dorota Norek and then claimed the WBA belt with a battling points win over Ebanie Bridges last month.

"She did work on the back foot. I thought she could have come forward a bit more, but you know what, fair play to her, she won the fight."

Asked whether Courtenay is world class, Ball said: "Well, that is to be determined when I fight her, isn't it.

"Shannon has got to promote herself, of course she has. I've been in fights where against [Katharina] Thanderz, and people have said that was a questionable decision. But you know what, I just got on with my life and moved on.

"I think she's still the same fighter. When I saw her fight in December, I didn't see any change. Maybe she rolled her head less, but her opponent isn't several inches taller than her. 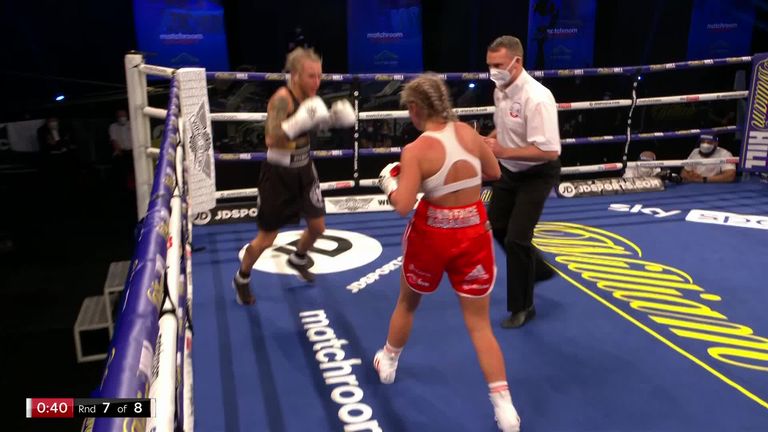 "She did fight differently against Ebanie to myself. She used the jab more, which yes, she had to.

"That kind of way of fighting wouldn't really work so well against me.

"In that respect, she adapted to her opponent, but I feel that compared to when I fought her in August, and then when I fought in November, I saw and I think everyone else saw, a distinct difference in the way that I fought.

"I've really worked hard on my technical abilities, but we'll see what she brings to the table, if and when I next face her."