Anthony Joshua exclusive: "Oleksandr Usyk doesn't determine the Tyson Fury fight. The Fury fight has to happen. It's a big fight, bigger than boxing, bigger than the belts. It will happen. After the Usyk fight, after I defend my belts." 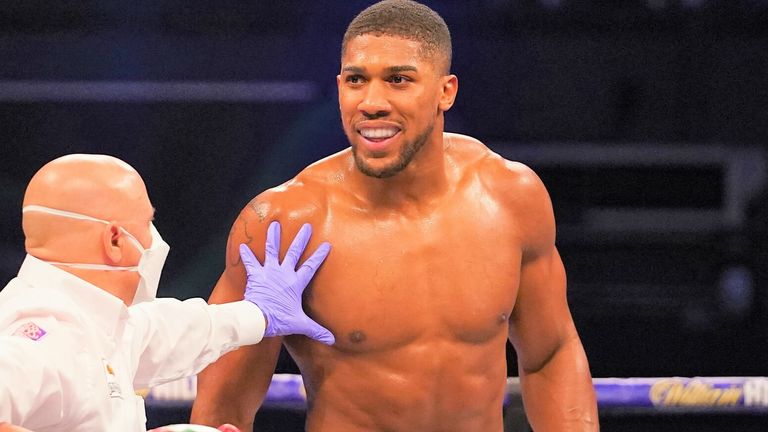 Anthony Joshua has blamed Tyson Fury for the breakdown of their undisputed championship fight but believes it can resurrected for later this year because it is "bigger than boxing, bigger than the belts".

A court arbitration in the US ruled that Fury must fight Deontay Wilder causing the collapse of the dream all-British match-up against Joshua.

Fury and Wilder will clash on July 24 in Las Vegas in a third WBC heavyweight title fight and Joshua will defend his IBF, WBA and WBO gold against mandatory challenger Oleksandr Usyk in late September at the Tottenham Hotspur Stadium in London.

He said about fighting Fury in the future: "I will still be here, still ready to put on a show.

"End of the year. Let me get past Usyk first. But with or without Usyk in my life, I will fight Fury.

"Usyk isn't the be-all and end-all.

"It will happen. After the Usyk fight, after I defend my belts.

"The fight will be bigger, better than what it would have been." 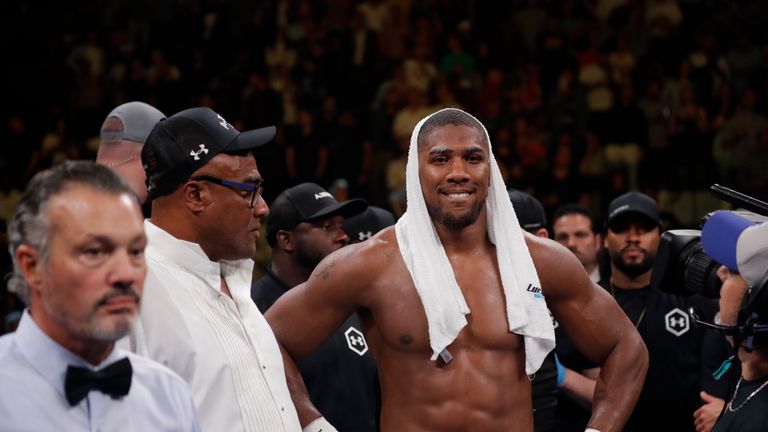 Last week, Fury exclusively told Sky Sports about Joshua's team: "I've got to get past Wilder then those guys will get their five minutes of fame. I'll give them the biggest beatdown they have had in their lives.

"I'll deal with these guys later - the most important thing to me is Wilder, the most dangerous heavyweight in the world who would knock out Joshua in the first round.

"As I've told [Joshua's promoter] Eddie Hearn, the difference between me and them is they are businessmen and I'm a Spartan."

Joshua has now responded: "I am 100 per cent sure that I will fight him and win. You've got to ask him the same question.

"We did everything. During a global pandemic, the toughest time to organise a fight like that, we managed to have 20,000 fans available, a site fee, the media ready, my name was on the contract, I was in training.

"Then boom, they cancelled.

"I stay ready to fight them all because I'm a throwback fighter."

Fury also told Sky Sports: "I don't care about belts, or that stuff being remembered. I care about smashing people.

"If Wilder is in front of me I will give him a good hiding. The motivation? It's what I was born to do.

"Lingard/Joshua/both men were speaking after playing a best of three series on EA Sports FIFA 21 as part of the second annual edition of Gamers Without Borders, the world's biggest charity esports event. Held over nine-weeks, Gamers Without Borders is uniting gamers of all abilities online in the battle against COVID-19, with more than $10million being donated across its duration to vaccine distribution in the world's most vulnerable nations."