"I was certainly buzzed up. I still remember seeing him across the ring, thinking 'oh dear, this is the first time ever,'" Joe Calzaghe recalls two rounds of mayhem with Byron Mitchell in Cardiff, 18 years ago today 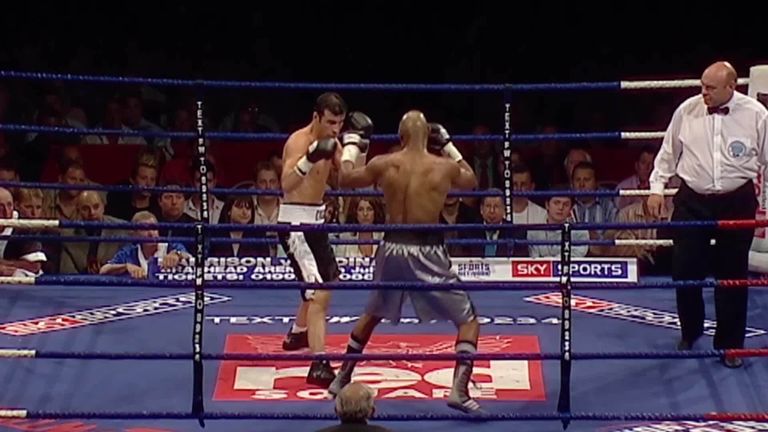 Joe Calzaghe's proud reputation was in peril when he was floored for the first time, but a brutal shootout with Byron Mitchell confirmed him as a 'true champion'.

Calzaghe is best described as British boxing royalty. The Welshman compiled an impeccable 46-0 professional record and is considered one of the greatest fighters of his generation.

But on this day back in 2003, that unbeaten record he is so renowned for was almost shattered at the 35-0 stage against American slugger Mitchell.

The man from Newbridge had been a world champion for near on six years, although unfortunately, the big fights were eluding him.

"That was a frustrating time in my career," Calzaghe told Sky Sports. "It was six years after I had beaten Chris Eubank for my world title and I was striving to be a unified champion. 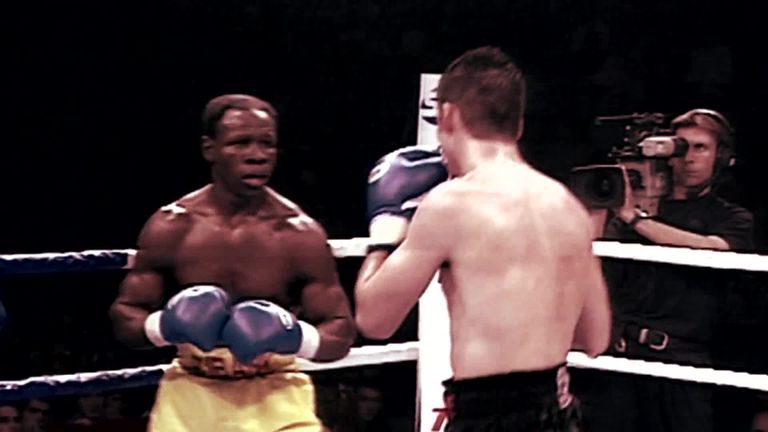 "Unfortunately, it was tough to get fighters to put their titles on the line.

"As you will see with my record, I beat six or seven world champions just after they had been beaten and Byron Mitchell was one of them.

"He had just come off a split decision robbery against Sven Ottke. I knew it was going to be a tough fight because he was a big puncher. A proper, American tough guy."

At the Cardiff Indoor Arena on June 28, 2003, the Italian Dragon had started the fight strongly.

"The first round I was sharp, really sharp. I remember being on top of him and I shook him a few times, I felt great against a guy who to that point had never been stopped.

"I went back to the corner and I remember my dad (Enzo) giving me a big kiss and saying 'That was a great round'.

"I always joked with my dad afterwards and said, 'don't kiss me after rounds again!' As you know, in the next round he caught me."

Catch him Mitchell did. Calzaghe looked in complete control before being floored as he was unloading punches himself.

"He was very heavy-handed and it was a punch I didn't see.

"I spun around and went down.

"I started boxing at the age of nine and I never got dropped in 120 amateur fights. I had never been hurt or dropped in sparring or in 35 fights as a professional. I had never tasted the canvas.

"I was certainly buzzed up. I still remember seeing him across the ring, thinking, 'oh dear, this is the first time ever.'

"If any fighter gets hit on the spot they will go down. He caught me with a perfect shot.

"He didn't tell me to put my hands up or anything, he was just shocked."

When it was put to Calzaghe that he may have got up too quickly, you hear a swift change in the tone of his voice.

"I'd never been down before! You cannot prepare yourself if you have never been on the floor before, the reaction comes from your instinct inside. My instinct was to get straight up."

The powers of recovery Calzaghe possessed, along with his heart, desire and love of a tear-up, were then brought to the forefront.

"I wasn't going to go and hold. I just traded with him. He missed me, I then caught him with a left and that just dropped him through the ropes.

"My instinct was to fight. I never ran, I never held, that is my DNA, I just wanted to fight.

"I recovered quickly, he didn't."

Shortly after Mitchell was dropped, Calzaghe was landing at will. The referee rightly stepped in; the celebrations began.

"That is one of the reasons it is one of my proudest wins, because to show what a true champion is, a true fighter, you have to do that.

"It is all great when you are on top and you are winning, but when your back is against the wall, and you have been dropped, and hurt, it is how you respond and something you cannot train for."

It is those innate skills that made Calzaghe such a special fighter - no ordinary Joe, you could say - and he is fully aware of that.

"You can't train how big your heart is or how good your chin is. I was blessed in that respect.

"At the end of the day, I got dropped and went and finished him, it was a great two-round barn-stormer.

"I showed that when I get hit, I come back twice as hard. I'm very proud of my performance that day."

After the fight, a period of frustration continued for Calzaghe.

"I was always craving big fights, unification fights, fighting the biggest names, but I kept fighting people where I had everything to lose and nothing to gain. That eventually changed."

It certainly did. Calzaghe ended up as the unified super-middleweight champion before ending his career with wins at light-heavyweight against ring legends Bernard Hopkins and Roy Jones Jr.

Calzaghe is still involved in boxing, helping his two sons to run the Calzaghe Academy. This is based at the famous Newbridge gym in which his father honed the skills of various talents that included world champions Enzo Maccarinelli, Gavin Rees, and Nathan Cleverly. 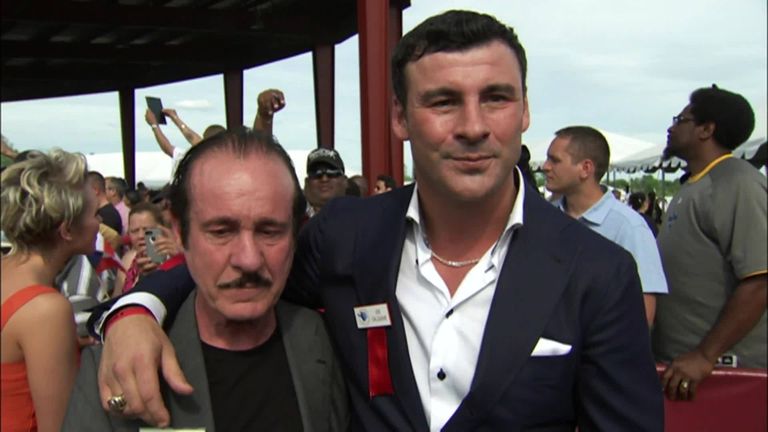 In 2014, Joe Calzaghe attributed his inclusion in the Boxing Hall of Fame to his father's massive influence

"Joe Jnr and Connor both love boxing with a passion. We run the old gym and help the general community. One day we may train another world champion in that gym just like my dad did. I live just around the corner.

"We are also doing non-contact boxing in schools. What boxing does for confidence and self-respect is amazing.

"We are keeping up dad's legacy."