Tito Ortiz: 'I have lost respect for Anderson Silva' – but why are UFC legends set to fight inside the boxing ring?

Tito Ortiz on Anderson Silva before their crossover into boxing: "I've lost respect for him as a man for not fighting me at 200lbs. I have never made 195lbs in my whole career of 24 years." Tito Ortiz has lashed out at Anderson Silva over the weight stipulation for their boxing match as the UFC icons prepare to cross sports.

Mixed martial arts veterans Ortiz and Silva, both aged 46, will fight inside the ring on September 11.

They are on the undercard to boxing legend Oscar De La Hoya's comeback, at the age of 48, against Vitor Belfort, another UFC legend.

David Haye is stepping back between the ropes to face Joe Fournier on the same bill. 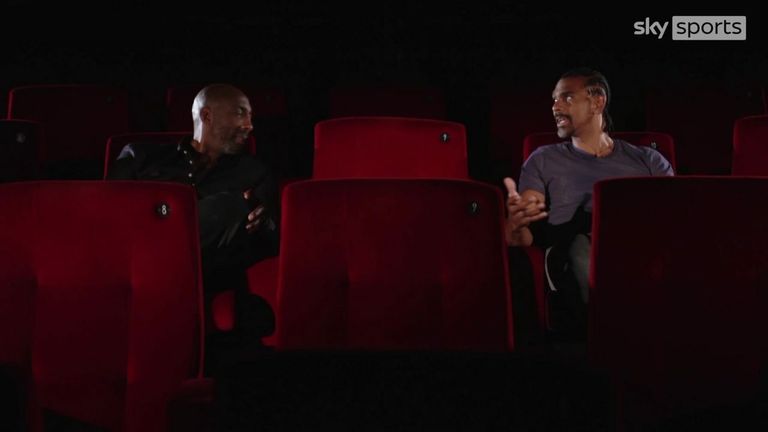 David Haye explains why he is returning to boxing

Silva, who recently crossed over into boxing to defeat Julio Cesar Chavez Jr, has been criticised by Ortiz for demanding their clash has a 195lbs weight limit.

"I'm excited because I respect him as a fighter," Ortiz said. "But I've lost respect for him as a man for not fighting me at 200lbs.

"I will try like hell to make it. I will make it.

"Once I get my timing there, it should be pretty brutal, pretty fast..."💥

David Haye is back for a 'freakish' fight, but could the former world champion be tempted to make a serious return?

"But I've lost respect for the guy.

"He is a great champion who has fought at 205lbs six times, he has fought for the world title at 205lbs.

"Once again, it shows that he respects my power because he's trying to make me weak."

Silva, who lost his little-known boxing debut in 1998 then won a second match in 2005 while becoming one of the UFC's best-ever fighters, said: "I love boxing. It is an interesting and special sport. I love my sport too, MMA, but boxing is special.

"I will try to do my best in boxing. It is something I love."

Ortiz said: "This is Anderson Silva! One of the greatest MMA fighters to ever grace the Octagon!

"I'm not going to take the opportunity? I'd be stupid not to.

"The money is great but when I step in the ring, it's not about the money anymore. I want to challenge myself.

"I'm not supposed to beat Silva, plain and simple. I'm the underdog. My back is pressed against the wall.

"This is the type of thing I love in life. My whole life I was cancelled, told I couldn't do it.

"This is an opportunity that I thrive for."