Tyson Fury warned about Deontay Wilder by Top Rank’s Todd duBoef: 'He had better be careful!' Tyson Fury has been reminded about Deontay Wilder's vicious power by his own promoter, Top Rank's Todd duBoef.

Fury will defend his WBC title against Wilder this Saturday in Las Vegas, a trilogy fight between two bitter heavyweight rivals.

Fury ended Wilder's title reign with a scintillating stoppage in their second fight, after their first bout ended in a dramatic draw, and has now been warned to be wary in the third clash. 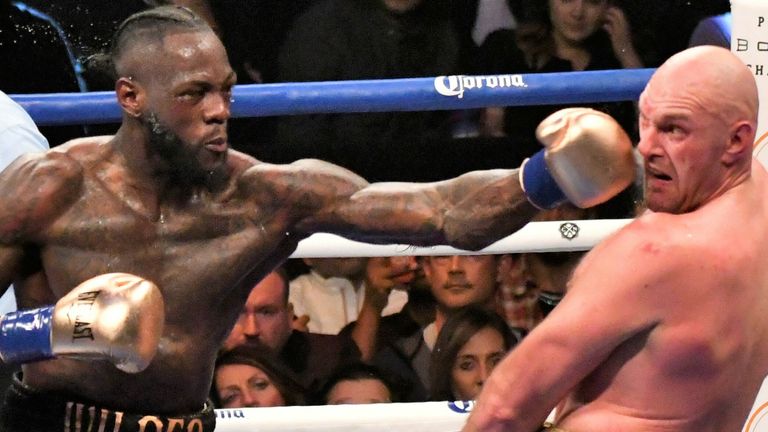 "My gut says that Tyson will do what Tyson does best in a continuation of the second fight," said duBoef, president at Top Rank, Fury's American promotional team.

"But he had better be careful.

"On October 9 it will give us the chance to put an absolute conclusion to the trilogy.

"Both of these guys have been out for so long and everybody is waiting for this.

"Anthony Joshua losing has mixed the pot. Intrigue has been created. Boxing never changes, it is so dynamic.

"The light is now on Fury and Wilder. We will see the boxing renaissance keep going."

Joshua lost his IBF, WBA and WBO heavyweight titles to Oleksandr Usyk whose sensational performance has greatly altered the dynamic of the division ahead of Fury's return to the ring.

Joshua and Fury had been in negotiations for an undisputed title fight earlier this year, but to no avail.

DuBoef said: "I can say that when Fury vs Wilder II ended, I looked to my wife and said: 'This may have been the most wonderful event in my 20 years that I have ever put on'.

"It had energy, it had competition between passionate fans in America and the UK, it had a definitive ending and it was a spectacle.

"I've been involved in big fights that didn't have a definitive ending, like Oscar De La Hoya vs Felix Trinidad.

"Then Covid-19 hit and I wondered: 'Will I ever revisit that unbelievable moment again?'"