Tyson Fury tipped the scales at his biggest weight ever of 277lbs, while Deontay Wilder was also at his career heaviest of 238lbs for their third WBC heavyweight title fight in Las Vegas this weekend 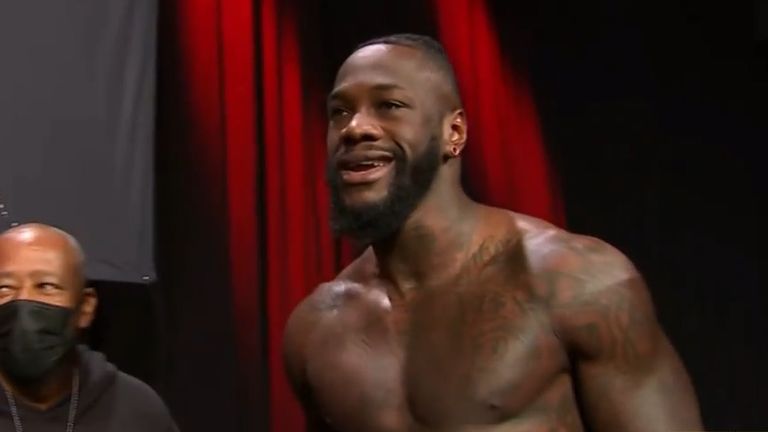 Tyson Fury and Deontay Wilder were at their career-heaviest as they weighed in for their third WBC heavyweight title fight in Las Vegas this weekend.

WBC champion Fury tipped the scales at 19st 11lbs (277lbs), four pounds more than for his rematch victory last February, while Wilder came in at 17st (238lbs), an extra seven pounds since his seventh-round stoppage loss.

The bitter rivals have been kept apart all week and they were again denied a face-off, but Fury did deliver a fiery pre-fight warning to the American ahead of their trilogy clash.

Asked about the extra weight, Fury said: "It means total obliteration of a dosser.

"Total annihilation. That's what it means to me."

Wilder insisted that the extra pounds would help him cope with the physical challenge posed by Fury's superior size.

"I'm bench pressing a little over 350[lbs], so whatever his weight comes in, I can lay on my back and lift him.

"It won't be none of that rushing me and putting all his weight on me, and different things like that. But most of all, we just want to have fun." 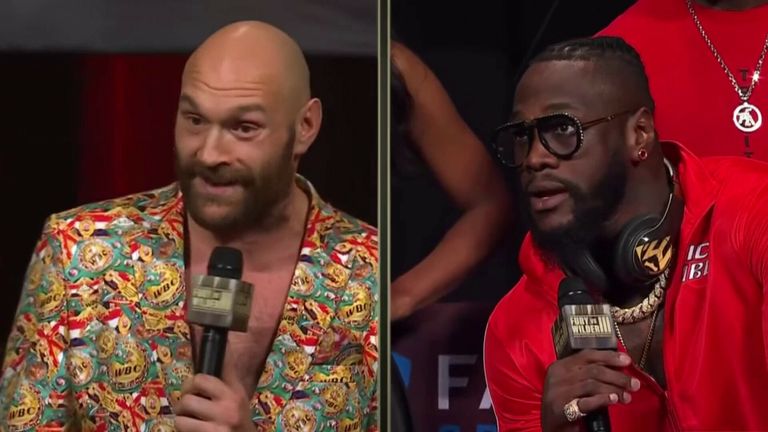 Wilder has been embroiled in a prolonged feud with the British star, but admitted that he needed to regain his composure when the first bell rings at the T-Mobile Arena.

"Calmness is the key to the storm," said Wilder. 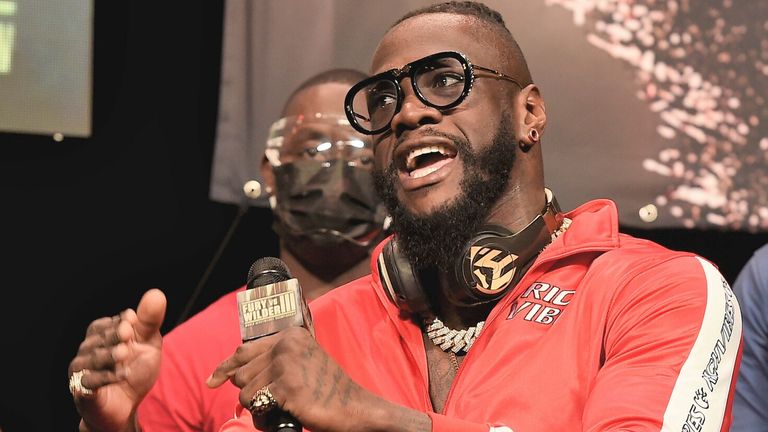 "We have rejuvenated myself, we reinvented myself. Redemption is upon us and I can't wait to show the world what I'm all about.

"I'm reintroducing myself to the world as Deontay Wilder."