"Brilliant guys, very respectful, and I do believe they will win world titles," Amir Khan has offered expert advice to Adam and Hassan Azim who have produced blistering knockout wins in their pro careers 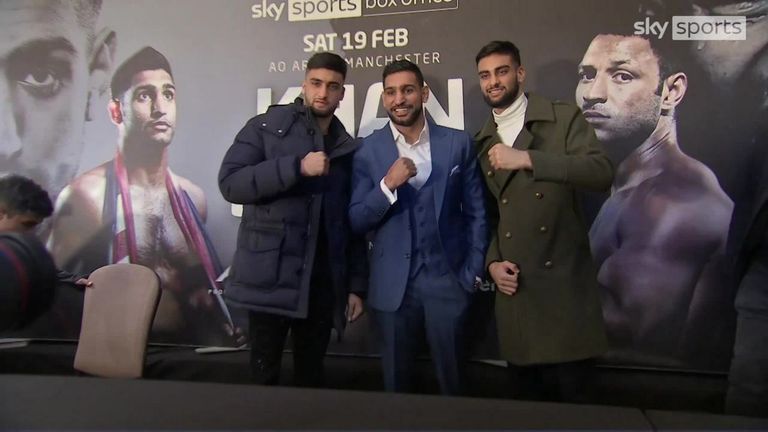 Amir Khan says Adam and Hassan Azim are "explosive and powerful" contenders who can fulfil their own ambitions of becoming "exciting" new world champions. Even while preparing for Brook, the British star has kept a watchful eye on the Azim brothers, who both produced knockout wins this month, and Khan believes they can also succeed at the highest level.

"I'm a big fan of both Adam and Hassan," Khan told Sky Sports. "I think they're both brilliant fighters.

"They're explosive and powerful. They've got good speed and they're tall, rangy fighters, but they still like to mix it.

"I saw one of the fights and they love pressure fighting. It's what fans want to see. They want to see an exciting fight. What the Azim brothers are giving is exciting fights. I really believe they will go far.

"Looking at the number of Asian boxers who have now come into boxing since I've come back from the Olympics and I won a world title, I think it's amazing to see that.

"It makes me happy that I opened the door for them to say, 'If Amir Khan can do it, we can do it'.

"Brilliant guys, very respectful, and I do believe they will win world titles."

Adam made a big impact on his second pro bout, following up a blistering stoppage win with an eye-catching backflip. 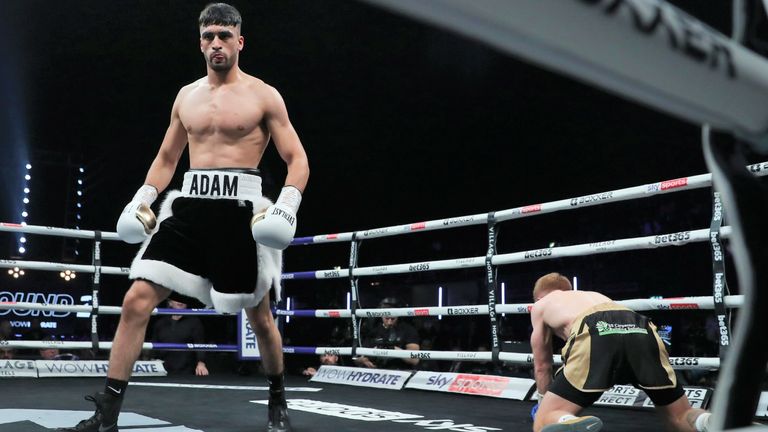 "He could be the next British-Pakistani world champion," said BOXXER promoter Ben Shalom about Adam Azim.

"He has everything - speed, power and he also has a following.

"It is going to be exciting to see him grow.

"He is only 19, but is already doing six-rounders.

"This is a special talent. One for the future." 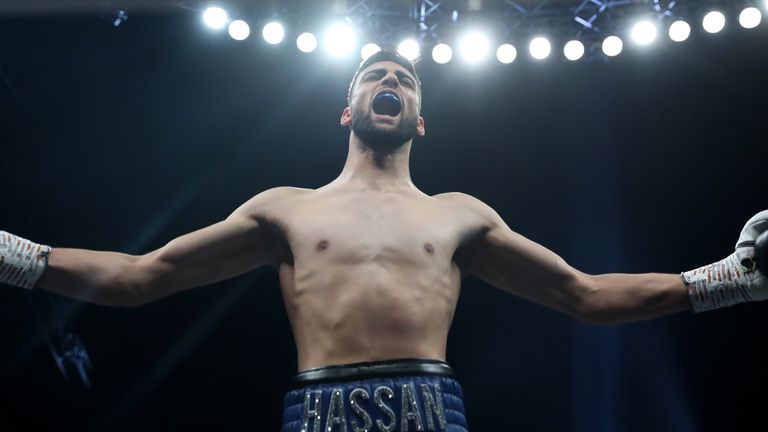 Hassan Azim knocked out his debut opponent in under a minute!

Hassan delivered a knockout victory in under a minute on his pro debut.

Khan has offered words of guidance to Adam and Hassan as they continue their promising careers.

"What I learnt is, be your own boss and you have to stay focused throughout," said Khan.

"You're going to get a lot of attention and a lot of money is going to come to them on the table as well.

"It's all about staying focused and just staying dedicated to the sport, because as soon as you lose your eye on the sport, things go wrong.

"I've seen it happen. I've won fights, I've lost fights. Every time I've had a loss, I know why that loss happened. I blame myself for it.

"The last 16, 17 years has gone so quick in my boxing professional career. Time goes quick and just don't mess it up that way. There's a lot of distractions out there."