Kell Brook stopped Amir Khan in the sixth round in thrilling battle in Manchester. Visit www.skysports.com/boxoffice to order repeats at 8am and 3pm on Sunday

Kell Brook battered and halted Amir Khan in the sixth round of a thrilling battle in Manchester on Saturday to settle their bitter feud.

The referee stepped in with Khan still standing but with Brook piling in a barrage of one-sided punches before the rivals embraced - finally, a show of respect amid the animosity that began in 2004. 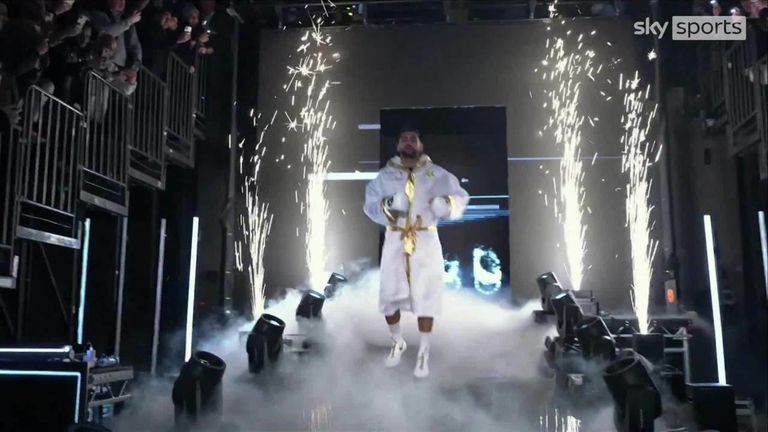 Amir Khan made his way to the ring in spectacular fashion

Brook overcame pre-fight doubts over his condition to make a flying start after being booed into the ring, where he oddly changed his gloves after a backstage dispute which added late drama.

But he staggered Khan twice in the opening round. 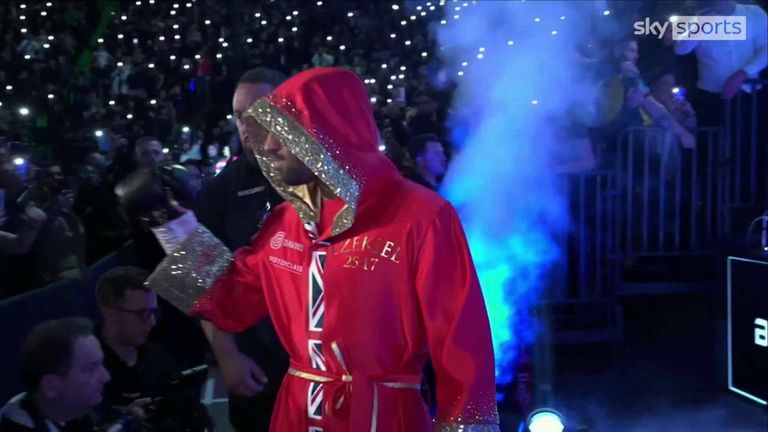 Perhaps sensing his own vulnerability, Khan attempted to fire back to the delight of the partisan crowd, but it was Brook who continued with the more accurate work.

Khan withstood late-round barrages from Brook in the third and fourth, while the fact he survived an onslaught in the fifth earned acknowledgement from his opponent at the end of the period.

However, that was the end of his resistance, as Brook landed early in sixth, before patiently continuing his attack until Victor Loughlin decided Khan could not take any more.

Brook, fighting for the first time since a November 2020 defeat to Terence Crawford, had looked in fine condition all week, but some had feared making the 149lbs limit could impact his performance. 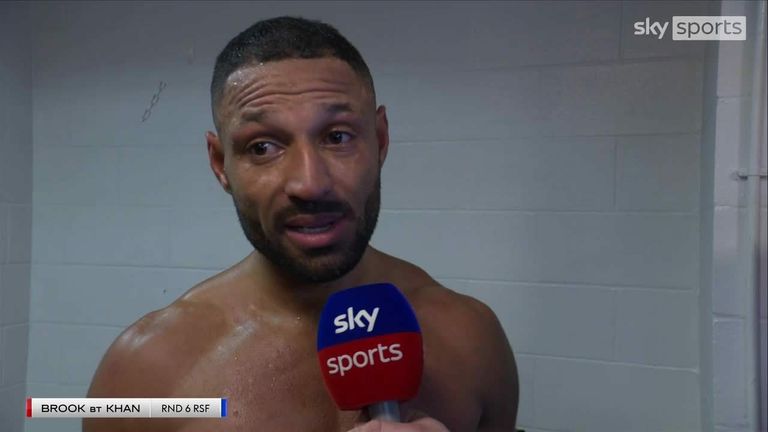 However, those doubts were immediately dispelled, and the Sheffield fighter's performance may give him encouragement to continue his career, as he moved to a 40-3 record, with a 28th knockout to his name.

Khan, who had recruited Crawford's trainer Brian 'BoMac' McIntyre for the fight, only produced rare flashes of the trademark speed that catapulted him to a 2004 Olympic silver medal and to becoming world champion aged 22 in 2009. 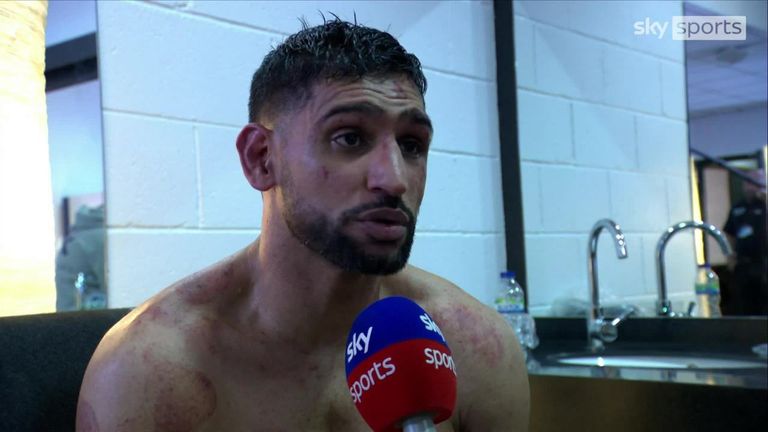 The loss reduces Khan's record to 34-6, with a fifth knockout defeat of his career, and leaves question marks over whether he will return to the ring.

Sky Sports expert Johnny Nelson: "Both fighters committed their life and soul to preparations and it was a matter of who had what left when the first bell went.

"Khan's speed had gone so he couldn't throw the fast clutters. Instead of 50 shots a round, it was probably 30 shots a round. That gave Kell time to sneak in and find an opening.

"Khan's speed was still dangerous, but it wasn't often enough and there wasn't enough pressure to keep Kell away from him."