Watch the third BOXXER Series tournament from Manchester live on Sky Sports Action from 7pm on Saturday evening, with eight cruiserweights doing battle in an effort to take home the £40,000 prize pot 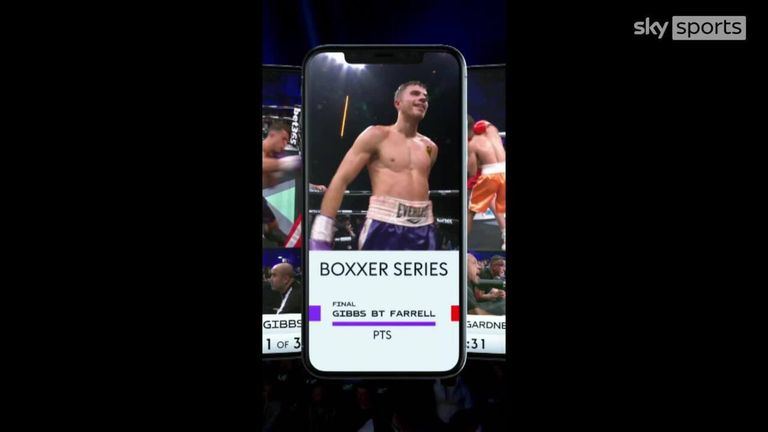 Ellis Zorro and Jay Farrell will go head-to-head as the most experienced in the field when they kick off the third BOXXER Series event live on Sky Sports from Manchester this Saturday.

The pair were the first two names drawn by Johnny Nelson and Frazer Clarke as they prepare to battle it out with six other cruiserweights for a lucrative cash prize and promotional deal with Boxxer and Sky Sports.

Zorro of Bromley enters with a record of 11-0 following a knockout win over Ossie Jervier earlier this year while Liverpool's Farrell, the oldest in the competition at 33, is 9-2 (5 KOs) ahead of what will mark his first professional bout since March 2020.

Ricky Reeves of Sheffield, a latecomer to the sport, meets Watford's Anees Taj, who assured fireworks as he said the "only combination I know is left, right, goodnight".

In the last quarter-final Sheldon McDonald faces 22-year-old Ryan Cotterell, who made his professional debut in February this year. 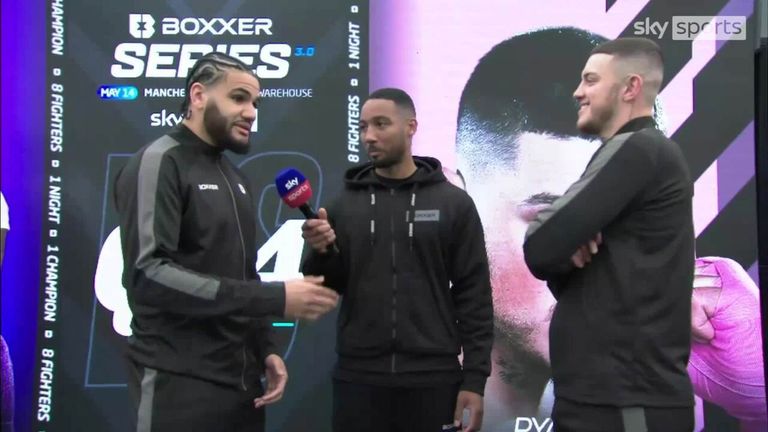 A confident Ryan Cotterell told Sheldon McDonald - who's been mentored by Sky Sports' Johnny Nelson - that come Saturday McDonald will be coming to him for mentoring.

"It's so hard to tell, I think we've got this one spot on, six of them are unbeaten, also they're so confident, every one of them believes they're going to win and that's what is beautiful about this tournament," said BOXXER promoter Ben Shalom.

"Ryan Cotterell is probably the young one that looks at himself like a Dylan Cheema, Steve Goodwin says Jamie Smith is one of his best prospects and that's why he's a favourite as well.

"We're set up for something very special on Saturday."

The tournament's inaugural event had seen Cori Gibbs emerge victorious in Liverpool last December, securing the promotional deal Saturday's eight fighters will be chasing in a bid to further their respective careers. 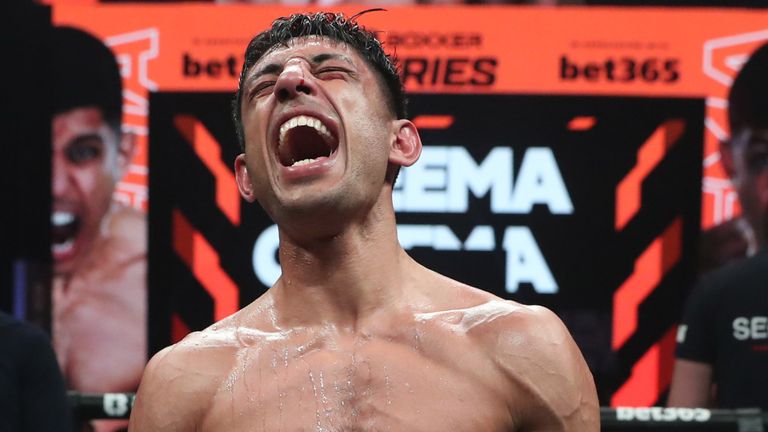 Unlike previous Boxxer tournaments, fighters on this occasion showed little hesitation in calling out particular counterparts in the hope of being drawn together.

Olympic bronze medalist Frazer Clarke believes the tournament format could play to the strengths of the less experienced competitors.

He said: "Some of these guys that are fresh are probably thinking, 'we've still got a bit of our amateur style about us, we can start quick, can do three rounds better than some of these other guys who are probably pacing the fights a bit more'.

"It's an interesting one, I'd say be careful what you wish for."

McDonald, advised by Johnny Nelson, has been among those embracing the pre-fight chatter.

"I'm excited to see how it goes. With this tournament anybody can win."

Watch The BOXXER Series, a dramatic one-night tournament, in vertical format from 7pm on Saturday May 14.