Savannah Marshall says she's not getting caught up in any pre-fight animosity between her and Claressa Shields as the pair are set to face off in September.

Shalom confirmed last month that the unbeaten fighters have signed terms to meet in an undisputed middleweight world title showdown in September after arm surgery for WBO champion Marshall saw the fight pushed back from its initial July date.

The delay had seen WBA, WBC and IBF middleweight champion Shields threaten to walk away from the contest as she suggested her opponent was trying to buy "extra time", but the two remain on course to settle a dispute dating back to Marshall inflicting the American's sole defeat at amateur level.

"It will be announced very soon, for early September," Shalom told Sky Sports. "It's a fight we've been waiting on for a long time, a lot to get through.

"Two amazing talents, an amazing fight for boxing let alone women's boxing. It's that interesting, that much a clash of styles.

"It's an intriguing fight, there are very few fights as a fan you really cannot miss. Shields vs Marshall will be one of them."

Shalom has hailed the pair's rivalry as one of the greatest and most unique in women's boxing, such is their history and the long-term career implications at stake.

The fan in him would welcome more than one showcase of an enthralling blend of styles, though he admits both are aiming to make a statement at the first time of asking.

"I think so [this could be a multi-fight deal]," said Shalom. "I think first and foremost both fighters will want to deal with each other at the first fight, they won't want to have messing around, they'll want to do the business and won't be thinking about the rematch.

"But when you've got two people like that and such different personalities and styles you can't help but think 'is this a trilogy, is this the start of something that we've never seen in women's boxing?'

"Providing the first fight is unbelievable then I'm sure it will happen again. But I know from speaking to Claressa and speaking to Savannah the dislike is such they want to deal with each other and move on."

Shields has recently been seen training with ex-UFC champion Henry Cejudo as she sets her sights on a third MMA bout beyond her fight with Marshall. Nonetheless, Shalom has zero concerns over the double Olympic champion's preparation. 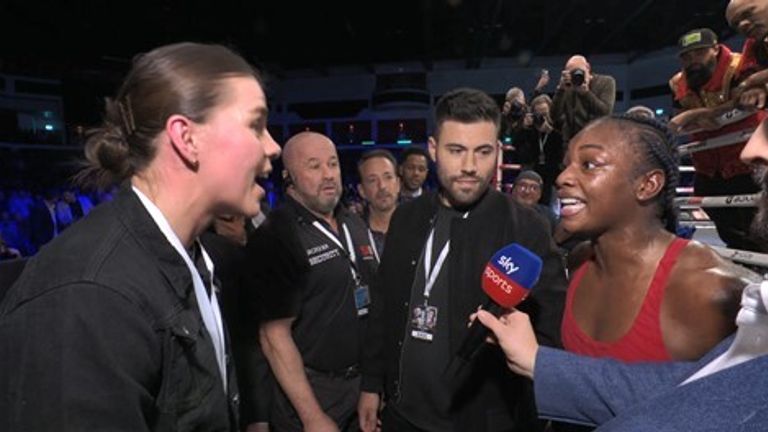 Ahead of their September fight, boxing promoter Ben Shalom says Marshall and Shields have built up the first true rivalry in women's boxing

"Claressa has won two gold medals, a multi-weight champion, I think she knows what she's doing in the boxing ring," said Shalom. "She's probably looking for other challenges maybe, but this will be her focus, this will be her next fight.

"They're both committed, they both know this is the biggest fight of their careers and this is going to be a landmark event for boxing and whatever Claressa does after that, fair play and good luck to her.

"But I don't think we need to question Claressa Shields' preparation. She is an ultimate professional, she is an absolute machine and still only 27 years old so will be seeing this as her moment to be really recognised for what she's achieved in the sport."