Ben Whittaker: People like Floyd Mayweather on their debut showed their level, that's just what I want to do

Olympic silver medallist Ben Whittaker has plenty he wants to prove as he joins the pro ranks; "People are talking about me for a reason, I'm going to show why," he says; watch Whittaker's pro debut live on Sky Sports this Saturday 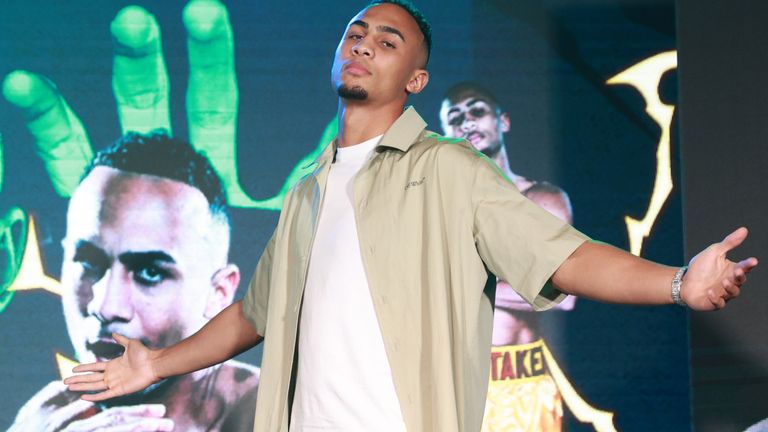 Johnny Nelson says new BOXXER signing Ben Whittaker knows how to sell himself and reminds him of Naseem Hamed and Floyd Mayweather.

Olympic silver medallist Ben Whittaker is taking inspiration from Floyd Mayweather as he goes into his much-anticipated professional debut on Saturday, live on Sky Sports.

After his impressive performance at the Tokyo Olympic Games last year he boxes for the first time as a pro fighter on July 30 at the Bournemouth International Centre.

His opponent will be Greg O'Neill, a veteran who has gone the six-round distance with an Olympic medallist, Anthony Ogogo, in the past.

But Whittaker insists, "People like Mayweather, look at their debut, just showed what level they were at and that's what I want to do. 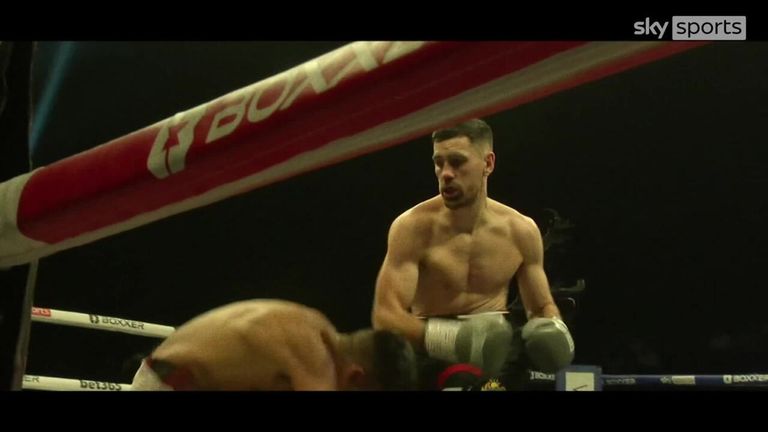 Ben Whittaker, Caroline Dubois, Mikael Lawal and Frazer Clarke will be in action on the Chris Billam-Smith vs Isaac Chamberlain undercard at the Bournemouth International Centre on July 30, live on Sky Sports

"No disrespect to the kid but I'm going to show what level I'm at. I'm a different level. People are talking about me for a reason. I'm just going to show it."

His style, whether he can take those slick amateur skills and turn them into a destructive professional arsenal, has been much discussed.

"I'm looking to come out and just be Ben Whittaker," he told Sky Sports News. "I'm getting a lot of comparisons of old Roy Jones, Tommy Hearns, but at the end of the day I'm me. I'm Ben Whittaker.

"Everybody knows me as a beautiful boxer so first things first, that's going to happen but I want to show that I'm spiteful and I can hurt now. 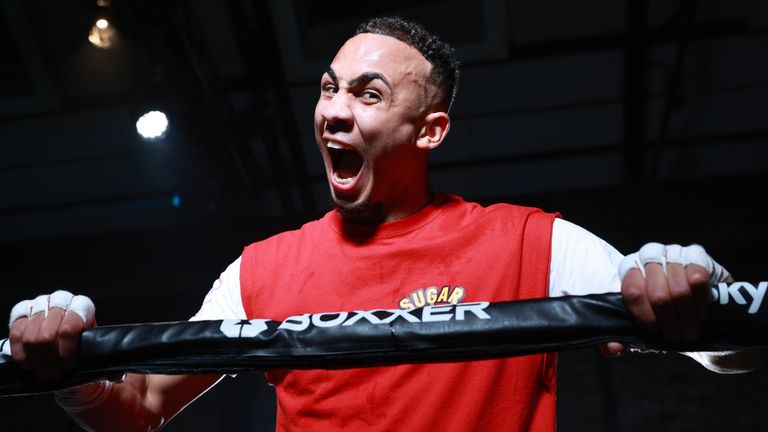 "I putting these Grant gloves on now and when I hit somebody I know they're going to hurt so I'm excited."

The man tasked with guiding that professional transition is SugarHill Steward, who has trained Tyson Fury for his recent triumphs over Deontay Wilder and Dillian Whyte.

He's been getting Whittaker to "look for the hurting shot and set them up".

"I'm excited. I'm excited to show that I can do that now. Everyone knows me as a slick fast boxer but I can punch as well and he's bringing that out of me," he said.

Whittaker has been in training camp with Steward in Miami in advance of Saturday's contest in Bournemouth. 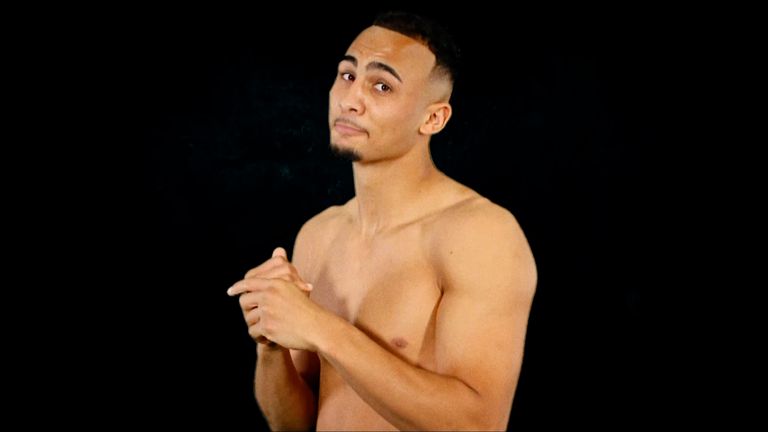 "It was a good experience, out of my comfort zone, I learned a lot. You were a bit like fresh meat. You walk into the gym. Everybody knows you're an Olympic medallist, they want to try you, you're a bit tired from the heat and stuff like that," Whittaker said.

"Taking yourself out of your comfort zone like that is only going to benefit you and make you a stronger-minded person. Each day I learned. I got some new team-mates and it was a good thing."

Steward, he feels, has only been a positive influence. "I feel like I've matured a little bit since being with him," Whittaker explained.

"So my mindset's changed a little bit like that."

The tasks his trainer set included sparring with just one hand.

"He said, 'If you can spar somebody for six rounds with just your lead hand, when I let you fight on July 30 with two hands what are you going to be like?'" Whittaker revealed.

"So things like that, just putting yourself at a disadvantage, at the end of the day it pays out. It's been real good so I'm excited to show what I can do."

The most daunting aspect of his stint in Miami did not come in the gym.

"There were too many critters. I don't like insects. You wake up in the morning to a lizard on the side of your bed," he laughed. "At night you rub your eyes, look and there are two cockroaches there.

"My top fear is anything that's not human. I like dogs, hamsters and stuff like that. If it's a spider or an earwig or anything like that, no, it's nothing to do with me."

Compared to that, it seems, the boxing, even in Saturday's high-profile debut, is easy.

"There's a lot of anticipation. People keep saying are you not excited? Truthfully no. I keep saying I've been boxing since I was a kid. I flew around the world boxing. Boxing is my life, is my hobby, is my dream, is my job so I'm just doing what I'm supposed to do."

He fought the best the amateur sport had to offer in European championships, world championships and the Olympic Games, picking up medals at all of the major competitions.

"But I'm treating this fight as the kid's the best in the world," he said.

"Because if I go in the lackadaisical - I won't lose, I know that wouldn't happen, even if I have an off day - if I go in there lackadaisical, it could just be a sloppy performance. I'm going in there [as if] every fight now is a world title, every fight is a chance to gain new fans, it's a chance to learn something new. So I'm going in there sharp as can be, with the right mindset.