Amir Khan 'closer than ever to Floyd Mayweather fight'

Amir Khan is convinced he could be less than two weeks away from landing his long-awaited super-fight with pound-for-pound king Floyd Mayweather.

Khan says there has been "movement" in negotiations since his routine win over Chris Algieri in New York on Friday night, and the fight could take place in the United States in September.

But Khan has dismissed any prospect of an imminent all-British showdown with domestic welterweight rival Kell Brook, saying he has "no interest" in the fight at the present time.

Khan said: "I don't think I have ever been closer to getting the fight with Floyd Mayweather than I am at this moment.

"The indications are that I have strengthened my case with my win over Algieri and I believe there is every chance the fight could be confirmed within the next two weeks." 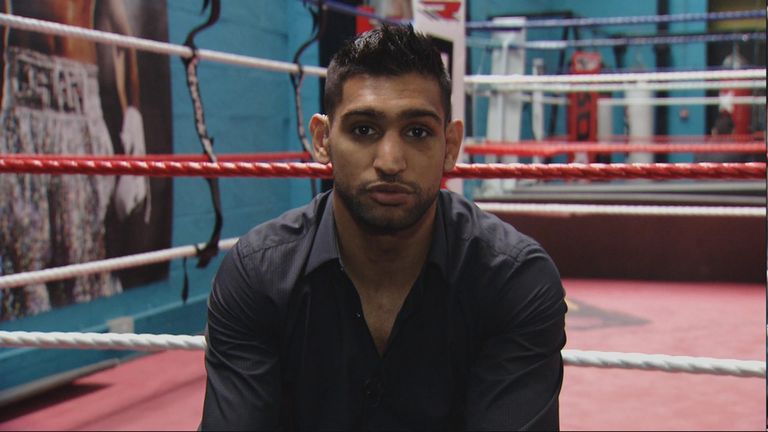 I don't think I have ever been closer to getting the fight with Floyd Mayweather than I am at this moment.

Khan's long pursuit of Mayweather has led to long spells of inactivity in his career but insists at the age of 28 he cannot afford to wait around if he once more proves to be frustrated.

"The welterweight division is one of the hottest in world boxing at the moment and there are any number of other possibilities, including Miguel Cotto and Keith Thurman," said Khan.

"I have waited too long and, while I believe it is finally going to happen, I am still determined to pursue other big fights in the United States once I have had some time off with my family."