Anthony Joshua has been planning revenge over Andy Ruiz Jr, so we asked a number of top trainers to reveal how Britain's heavyweight star can reclaim his world titles.

After a stringent training camp, Joshua will share the ring again with Ruiz Jr, but what tactics should he employ when the first bell rings?

Joshua has just got to keep to his boxing, same as what he did with Parker. He didn't let Parker in. He's light on his feet and I'm sure they've learnt by their mistakes. Listen, everybody can go wrong, and there's no shame in losing. It's how you come back from it, that's what counts. 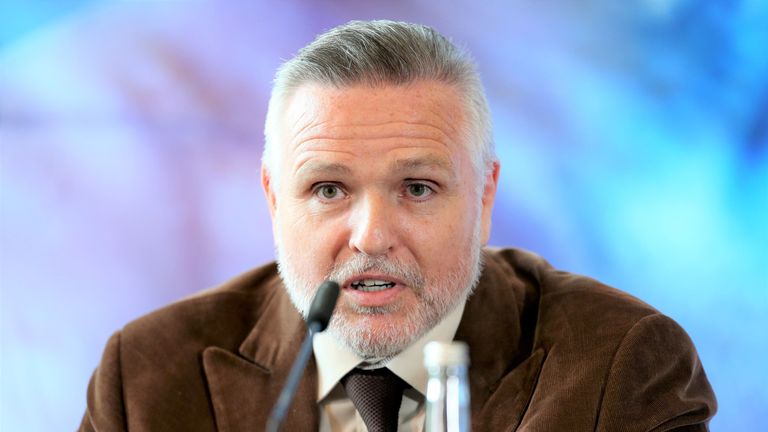 If he's lighter, more agile, he's not going to lose power, because speed is power.

You can be a big banger, but you can also be built like a bodybuilder. It doesn't work in the fight game. You've got to have it all. Speed is power and be elusive. You can't be stiff, hoping to land that big dynamite shot, because look, as heavy as you are, when you get hit back it's a lot harder to recover.

You have to be agile and he's got power anyway. If he's lighter, more agile, he's not going to lose power, because speed is power.

🗣"Don't give your height away‼" @DillianWhyte's coach, Mark Tibbs, has some words of advice for @anthonyfjoshua ahead of the rematch #RuizJoshua2 pic.twitter.com/D1U0HdSpiC

I think the most important thing is that he controls the distance. He has to be the master of distance, whether that's in spots when he's going forward, trying to put Ruiz Jr on his back foot, or in the early stages where Ruiz Jr is trying to pressure him, he's very dangerous, and Joshua just has to make him fall short. Not allowing Ruiz Jr to target his body, especially with that straight right hand, which caused a lot of damage in the first fight, wearing him out. What we saw at the workout is that Ruiz Jr's defence is very good. He's worked on his defence, on catching and countering and covering up when he's throwing as well.

He's got to use his feet to control the distance in that manner but be authoritative with his jab. Feint first. What we saw at the workout is that Ruiz Jr's defence is very good. He's worked on his defence, on catching and countering and covering up when he's throwing as well. AJ needs to feint, shoot the jab, feint, shoot the right hand. Don't get involved in a hooking match with a hooker, because Ruiz can hook and you never hook with a hooker.

There's a lot of people out there now wondering what this fight has done for Joshua, but there's other ways to look at things. It's going to be interesting to see what Joshua will be like because he knows deep down that he's no longer invincible and that he can be hurt at any time.

He took one big shot and didn't recover, and he'll have that playing in his head over and over again. He can't approach this fight with the same recklessness and aggression he's showed before, but is fighting cautiously the answer for someone who's not used to fighting that way?

You've got to pay for that kind of advice, but I'm going to give you the free version! We would definitely look to just outbox him and not necessarily get into a slug fest. I wouldn't look to trade with him.

I don't know if I would throw hooks. I would just keep it straight and keep the distance. If he wants to regain his titles, that's the only way he's going to get them back. I think he wins a boring decision, but if he gets up rounds and gets complacent, and lose focus, I think the fight can be over in a split second.