Joshua vs Ruiz Jr: Anthony Joshua hopes for a fight in Africa as US debut nearly ticked off 'checklist' 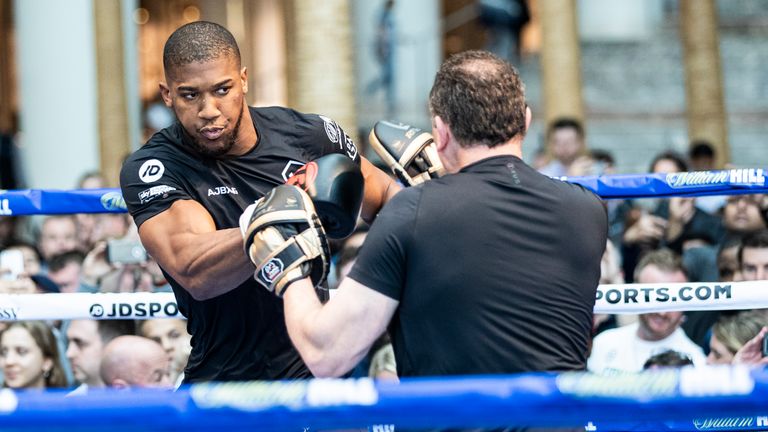 Anthony Joshua on his hopes for a fight in Africa

Anthony Joshua has again expressed his hopes for a fight in Africa as his US debut against Andy Ruiz Jr edges closer.

Joshua, of Nigerian heritage and with an image of Africa tattooed on his arm, will defend his world heavyweight titles in New York on Saturday night, live on Sky Sports Box Office.

He said about fighting stateside for the first time: "It puts pressure on because you're starting a new career. Everything I've done in London is irrelevant. I've got to do it all again.

"It's only when I finish with boxing that I will go through my checklist. Now, I roll with the punches.

"Madison Square Garden? What's next? Who knows. Maybe an international stadium. Maybe go to Africa in honour of Muhammad Ali and George Foreman. The opportunities are crazy.

"Homegrown talent - Finchley to York Hall to The O2 to Wembley to the Garden. That's where my grassroots talent stemmed from. I will always go back home."

Joshua entertained the crowd near New York's Wall Street by hitting pads with trainer Rob McCracken, and also spoke directly to his upcoming opponent for the first time as they crossed paths.

"Your eyes always drift towards the energy," Joshua explained. "The Ruiz Jr camp's energy is vibrant. I was on the ground but saw them. It was a sign of respect - thumbs up.

"I was at the amateur world championship with his coach [Manny Robles] in 2011.

"Andy looked good on the pads.

"When you get in the ring, there is no place like home."

A desired fight against WBC champion Deontay Wilder that would have every major heavyweight belt on the line is in the back of Joshua's mind but he reiterated his focus on Ruiz Jr. 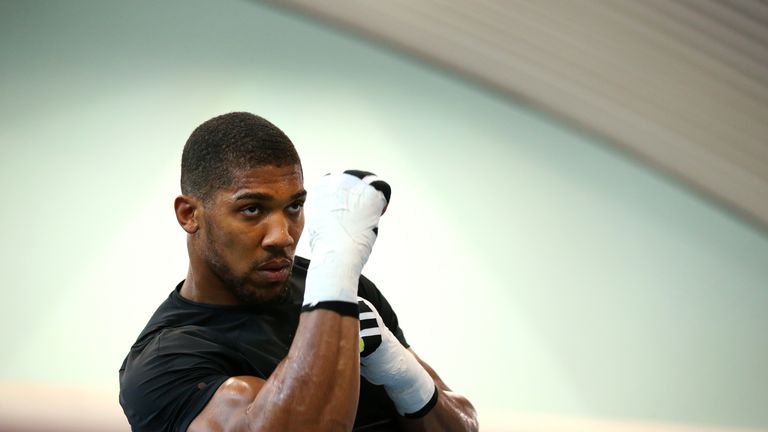 Eddie Hearn on the latest between Joshua vs Wilder

"You think I'm going in there as a champion but you have to keep performing, to keep that respect. I've got to be devastating."