The final six events of the PDC's 12-tournament Women's Series take place in Barnsley this weekend, Fallon Sherrock and Lisa Ashton are the class apart but for the rest of the field it's a chance to measure themselves against the best

When the final weekend of the Women's Series gets underway in Barnsley this weekend, Lisa Ashton and Fallon Sherrock will be in pole position for the World Championship places on offer.

For Laura Turner and a host of other names the chance to play regularly and compete is more than they could have hoped for after almost a year stuck in limbo.

"I don't think there is a weekend between now and Christmas where I couldn't play darts," Turner says 24 hours before heading for Barnsley at the second weekend of dedicated PDC women's darts.

"There hasn't been much action for quite some time beyond the PDC and at this time of year there are plenty of PDC events coming up but on the amateur side both the WDF (Word Darts Federation) and UKDA (United Kingdom Darts Association) holding lots of tournaments."

Turner, the Sky Sports expert who also happens to be ranked inside the world's top 10, is delighted to be mixing it with her contemporaries as the final weekend of a 12-event, £60,000 commitment from the PDC underlines the steps that the women's game is making.

"There were 70 players at the last Women's Series weekend and to know we have similar numbers again is encouraging - albeit with different names as some, understandably focus on the Welsh Open.

"I was speaking to the women at the weekend and the fact that at the end of the Women's Series the top eight players get a spot at Q-School is a big thing so there is more to play for in Barnsley this weekend beyond the Grand Slam and Alexandra Palace."

Over one weekend in Milton Keynes, at the end of September, Sherrock claimed the Grand Slam of Darts spot on offer for winning the most prize money across six events. The second spot will go to whichever player can do the same over this weekend's six events in Barnsley.

An overall Order of Merit for the 12 events will decide the two players who head to Alexandra Palace in December for the World Championship - Sherrock is top and Ashton is almost £2000 clear of third-placed Deta Hedman, they are the obvious class acts in the field.

At the Marshall Arena the pair won all six events and contested four of the six finals. Sherrock was only ever beaten by Ashton who was beaten by Jo Locke - the only player to register a win over either of the pair.

"Lisa is on the Pro Tour so she continues to have those opportunities to play, and Fallon has been given a chance throughout lockdown as well, not just online but with the Live League and those opportunities for both have given them the chance to keep playing in a competitive environment.

"For a lot of us we haven't had that continuous run of events and tournaments so while they [Ashton and Sherrock] have had a lot more match practice, they are also the dominant pair in the women's game you can see from the way they play the game." 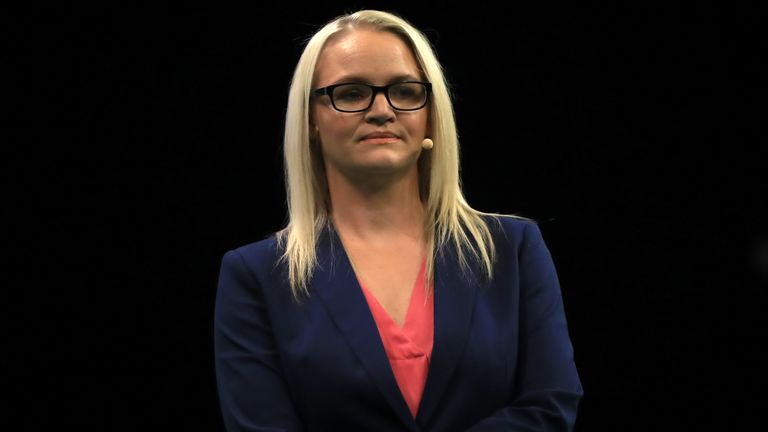 "We are the chasing pack, and the goal for us is to show there is depth and that we can challenge and raise our game."

Ashton secured a place on Pro Tour by winning through at Q-School in 2020 while Sherrock's history-making feats at the World Championship in December 2019 have afforded her chances, including a recent run to the final of the Nordic Darts Masters.

Turner, who is ranked eighth in the WDF's women's list, has first-hand experience of the inspiration the likes of Sherrock and Ashton (as well as a mum and dad) can have, both her daughters play on the junior country level and her husband Aaron is the WDF's world no 10.

The pair were in Bridlington last weekend for the British Open - as well as Turner's birthday - all in a weekend's work as she insists the onus is on the rest of the female players to bring their game to a level where they can compete with Ashton and Sherrock on a consistent rather than a one-off basis.

On the way home from Bridlington! Scraped through my first match but definitely got better as the day went on.

Lost in the semis to @Fsherrock who played class as always!

And @AaronTurner501 made the quarters yesterday so overall, not too shabby!

"Fallon and Lisa are streets ahead of where my best game is. It's about trying to find a consistency to how I am playing - if I go up and average 80/90 and feel I have left everything on the board, even if I lose that game I have something to take forward.

"When you follow that with 65/70 averages you are not only doing what you know you are capable of but you are not producing consistent darts - the results, hopefully, should come when you can produce consistently.

"On the second day in Milton Keynes it was two quarter-finals and a semi-final and that's what I am looking to repeat and then turn quarters into semis and semis into finals - it small steps but they are the big steps."

Turner was in the commentary box when Sherrock famously, and to quote commentator Rod Studd, 'smashed the glass ceiling' against Ted Evetts and then again against Mensur Suljovic.

As much as the amateur scene offers plenty of scope it is the PDC's support that gives female players a chance to showcase their talent on the biggest of stages and emulate 'The Queen of the Palace' and the 'Lancashire Rose.' "When the opportunities come up you have to take them and Fallon is the perfect example - she has taken her chances and it has allowed her to push forward as a player and it's up to the rest of us to try and do the same.

"The WDF has announced there is going to be a women's World Championship at the Lakeside at the start of the new year and we are clamouring for a small amount of points to get in as we haven't had a huge season.

"I have a young family and other commitments so juggling everything remains difficult but the key has been to make sure the Women's Series is supported as that represents a chance to further grow the game."

Great to hear @MattPorter_PDC and the @OfficialPDC are fully committed to the Women’s Series going into next year. https://t.co/ps1rDvDKp6

In a recent interview with Online Darts, chief executive Matt Porter confirmed the PDC's intention to continue its commitment to the women's game.

'More activity, more regularly and more competitively' was Porter's mantra in how to support the game, and it's music to Turner's ears as the growth of the game remains more important than any individual's progress.

"The PDC has backed us, so we need to back them. And with Grand Slam and World Championship places up for grabs it's where players can get a chance to make their name and create the opportunities for themselves.

"Hopefully this continues to work for the PDC, I know it's working for us. The players have loved the environment, the atmosphere and it's so much more conducive to playing better games of darts.

"The 70 players in Milton Keynes - barring Mikuru Suzuki - were from the UK and Ireland and that's due to travel restrictions so we know that numbers would go up in normal circumstances too."

Turner is already assured of a place in Wolverhampton at the Grand Slam - as part of Sky Sports' commentary team. But actually playing in the event remains a possibility if she can find her best form consistently at the Metrodome this weekend.

Sherrock already has one spot and Ashton is the overwhelming favourite for the second and while a chance of a PDC debut is not to be sniffed at, Turner is keeping everything in perspective.

"I'd like to start well for once, and then get better as the tournament progresses," she laughs.

"I am ninth on the Order of Merit so to get into the top eight is my goal - however I know I will have to play well, if not better to maintain that position as the standard means you have to be on your 'A'-game to get to the latter stages.

"There is minimal money between the top 16 beyond Lisa and Fallon so there is another battle for the top eight and those Q-School places.

"I don't set out to win a Grand Slam place, or a World Championship place. I am realistic and it's about progression and playing my best game."

Join us for live coverage of the Grand Slam of Darts in Wolverhampton next month. Check out daily Darts news on skysports.com/darts, our app for mobile devices and our Twitter account @SkySportsDarts