Michael van Gerwen remains out of sorts, we have another new major champion and the established order are facing a battle for Premier League places... we look back the talking points from a thrilling week in Dublin.

When all was said and done, it was Daryl Gurney who emerged through the field to claim the trophy at the Citywest Hotel but a week of upsets and top-quality tungsten threw up plenty more discussion points as the darts season enters it's business end.

The European Championship, the Grand Slam of Darts and the Players Championship are the big trophies up for grabs over the coming weeks while the World Series of Darts also reaches it's conclusion.

We've picked out a few of the issue worth watching in the coming months...

Gurney's triumph means that a third new inductee has joined the ranks of major champion this year - the Derry man's triumph came just a few weeks after Mensur Suljovic won the Champions League in Cardiff.

Peter Wright got things going in March when he made his well overdue breakthrough by winning the UK Open - and you can't argue that the form of all three men has merited their prestigious titles.

Gurney's time had been coming though. He began the year by reaching the World Championship quarter-final, he followed up with semi-finals at the UK Open and World Matchplay and in between those claimed a first PDC title when he won Players Championship Seven.

He sits sixth on the Order of Merit, fifth on the Pro Tour Order of Merit and second on the Players Championship order, having recorded three other runner-up finishes in events this year.

Life is good for the 31-year-old from Derry who will head to Wolverhampton for a Grand Slam of Darts debut and joins a wide array of names to claim the big trophies this season. Phil Taylor claimed the Matchplay to go with titles for Suljovic, Gurney and Wright - a stark contrast to last year when MVG was claiming all before him.

What next from MVG?

So what to make of MVG. The green machine has been below par recently and perhaps the arrival of Van Gerwen junior can account for taking his eye off the ball.

After a long week in Dublin, now Well deserved holiday in Dubai. 😬😂 pic.twitter.com/3MDa9985SW

The world No 1 jetted off for a break with his family after a first-round exit to John Henderson, which followed elimination at the group stage of the Champions League as a relatively dry couple of months for the best in the business has come to head.

It's hard to draw too many conclusions, especially as with 12 titles - including the World Championship and the Premier League - he has won more in a season than most will win in a career but the fact he has looked fallible will give the rest of the field hope.

After all as Wayne Mardle points out with the players playing so much darts, defeats are as much par for the course as victories: "We see blips from everyone, the amount of times I have written off Phil Taylor, there is no such number! In my opinion they play far too often so they will naturally go through peaks and troughs."

One thing is for sure, with titles to defend after his blistering end to 2016 he is likely to return from a break refreshed and rejuvenated as when it comes to this stage of the season he is hungrier than ever to underline his status at the head of the game.

In each of the last two years he has won the European Champions, the Players Championship and the Grand Slam and while his form has dipped, you can be sure it won't be for long. 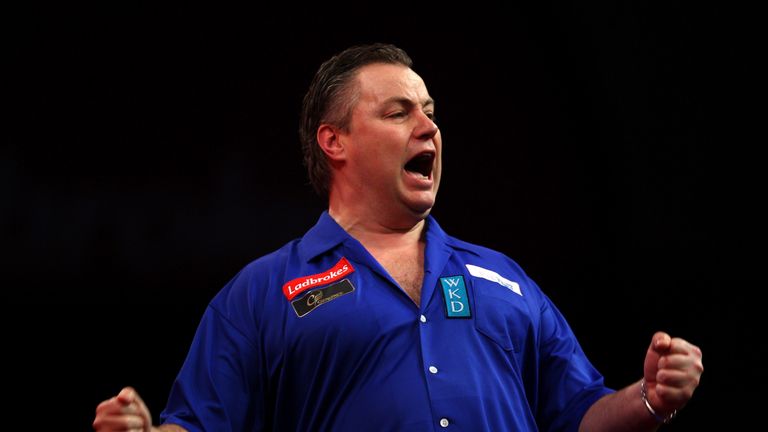 I do see in the game in general an undercurrent of great players who are forcing the issue with the top guys.

More than anything, the fact players are making their breakthroughs suggests that those making their name and climbing the ladder are no longer intimidated by the established order.

It's certainly not the case that standards are slipping from the big boys - just that those stepping up are just as capable of producing near 100 averages on any given day.

Consistency is the watch word though. Suljovic told Sky Sports prior to his quarter-final that putting a seven-day run together has always been difficult but he reached the last four in Dublin.

A look around the Players Championship winners over the seasons shows that is true of several emerging names with Rob Cross, Kyle Anderson and Joe Cullen claiming weekend titles - the next step is to produce that over the longer tournaments, like Gurney and Suljovic.

It's making for a healthy and intriguing PDC Tour with stories emerging on a weekly basis of first finals or titles - what price more to come.

It may seem a long way away now but next season's Premier League line-up could well see the biggest shake up we have seen in the competition for quite some time.

Big names are faltering (or retiring in the shape of Mr Philip Taylor) and have big money to defend. Behind them a host of players are lining up to put themselves in the frame for the four-month roadshow that gets underway in February.

The top four players in the order of merit after the World Championship take the automatic places and the other six spots go to wildcards selected by the PDC and Sky Sports.

Michael van Gerwen, Gary Anderson and Peter Wright occupy the top three spots and look assured of returning to the Premier League. Fourth spot looks up for grabs with Adrian Lewis currently occupying that but he is out of form and has big points to defend while Taylor sits fifth before he calls time after the Worlds.

James Wade is also out of touch and fellow 2016 participants Jelle Klaasen and Kim Huybrechts are not having the sort of season that is presenting a plausible case for a return - they sit 10th, 11th and 15th as it stands.

Titles for Gurney and Suljovic have moved them up to sixth and seventh in the Order of Merit and within touching distance of the top four.

2012 Premier League runner-up Simon Whitlock made a welcome return to form in Dublin and as that trio move into contention - players including Dave Chisnall and Raymond van Barneveld will join Wade and Lewis is particular in looking to return to form over the coming months.

Just over a month to go until the Grand Slam of Darts where the best of the PDC compete against the best of the BDO - the action from the Wolverhampton Civic Hall gets under way on Saturday, November 11 with a double session.

Keep up to date with the news at the tungsten enters it's busiest time of year with the PDC World Championships just around the corner get all the latest at www.skysports.com/darts and join in the conversation @SkySportsDarts