Phil Taylor: The greatest darts player to have ever graced the oche

Dedication. Concentration. Application. Once in a generation, someone special comes along. A product of his environment. A talent like no other...

"The kid did well" - From three jobs and £22 pocket money to multi-millionaire and trophies galore, Stoke-on-Trent's Phil Taylor was born to play darts and has played it better than anyone else on the planet, writes Raz Mirza.

Philip Douglas Taylor was raised in Tunstall, a town standing on a ridge surrounded by old tile-making and brick-making sites in the Potteries.

After leaving school at Mill Hill a young Taylor worked in a factory making ceramics from 7.30am until 4pm seven days a week. From toilet handles to beer pump handles - you name it, Taylor made it. 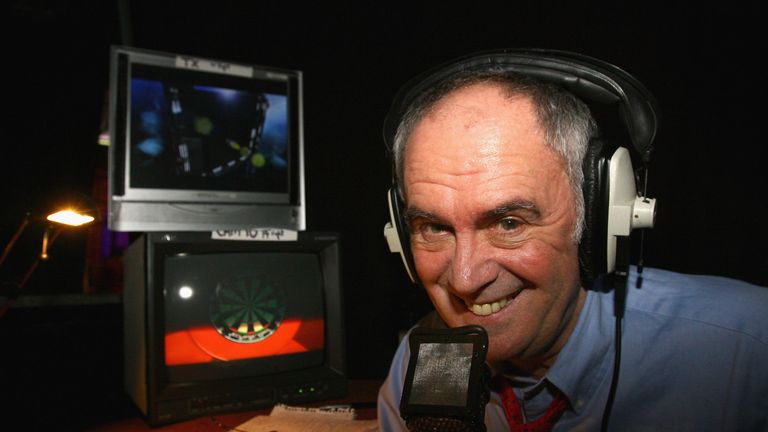 The major factor why darts is such a big hit is The Power. He is just something else. Britain's greatest ever sportsman for me.

He came home and would weld cars together in his spare time, while on Thursday, Friday, Saturday and Sunday he worked in a local pub earning £22 wages - his pocket money.

His darts-mad father played for Riley Arms and was a major influence in encouraging Phil to take up the game. Needless to say, he was rather good at it.

Phil Taylor: The Power and The Glory 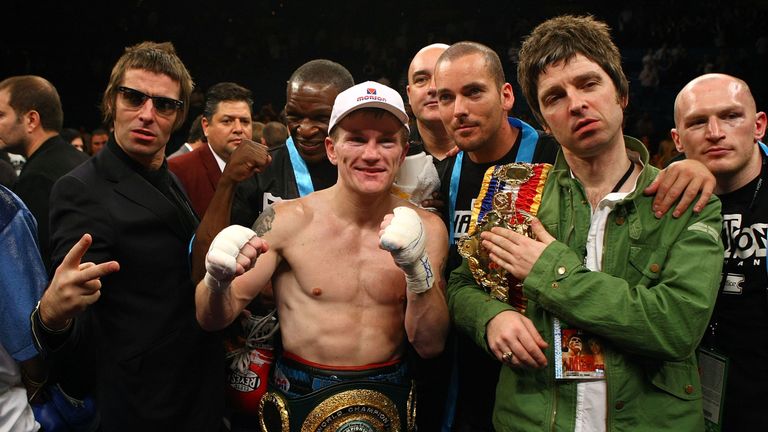 If you did that in any other sport you would be the greatest sportsman alive.

Taylor was beating professional players on a regular basis in the CRU club league, which was based next to his beloved Port Vale FC. And it wasn't long before he was taken under of wing of five-time world champion the 'Crafty Cockney' Eric Bristow. The rest, they say, is history.

"You've never had to motivate me - never," said 57-year-old Taylor. "I was self-motivated. If I said I was like a footballer, I'd be like Roy Keane, Stuart Pearce and Tony Adams. I'd have to give it my best.

"I've had other sports people ask me that - how do you get motivated? You're putting your career on the line. You're putting your reputation on the line. Plus, you're earning a fortune. When I was working three jobs and getting £22 pocket money, I'm playing for £200,000 here. How are you not motivated? Money isn't everything, don't get me wrong. But it's the winning as well and the adulation." 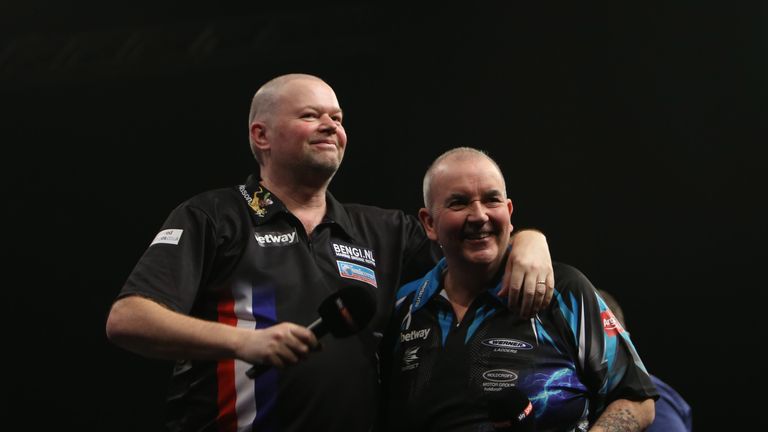 It made a good rivalry - Taylor and Barney. Now it's water off a ducks back, but in them days it was a clock counting down to when Taylor and Barney were meeting. So many days, so many hours, so many minutes. It was exciting, I was excited. I still get excited playing Barney.

Taylor won his first World Championship title in the BDO at Lakeside Country Club in 1990. He was an unseeded 125-1 shot, but the 29-year-old annihilated his mentor Bristow with a flawless 6-1 victory in the final and he hasn't looked back since.

"I watched all the players on videotape and I studied them," Taylor said. "I watched all the players around hotels and their behaviours, how they stayed up late and did this and that, so I did the opposite. I'd see what they were drinking, what time they were getting up in the morning, and I used to think 'I'm not doing that. I going to be better than you'. And I'd be the same now.

"I'm not interested in trophies. Back then I would do stuff in the house with a little terrace. If I entered a tournament I'd ask Yvonne [his ex-wife] 'what do we need?' She'd say 'we need some saucepans, Phil'. So I was thinking if I get to the quarters I can get those saucepans, and if I got to the semis I could get those towels, so I always had something to play for."

He went on to win the Lakeside world title again two years later, before his switch to the PDC, in which he has claimed an astonishing 14 more victories, including a remarkable stretch of eight in a row from 1995-2002.

But Taylor said he learned his lesson from his 1994 WDC World Championship defeat at the hands of Dennis 'The Menace' Priestley, which was broadcast for the first time on Sky Sports from the Circus Tavern.

"I was winning everything and went into it a little lackadaisical thinking 'I'll just turn up and win this' but I didn't. I got my backside kicked by Dennis.

"You've either got to do it properly or not do it at all and that was orders off my dad as well. Do it right or don't do it, so I put it right then." 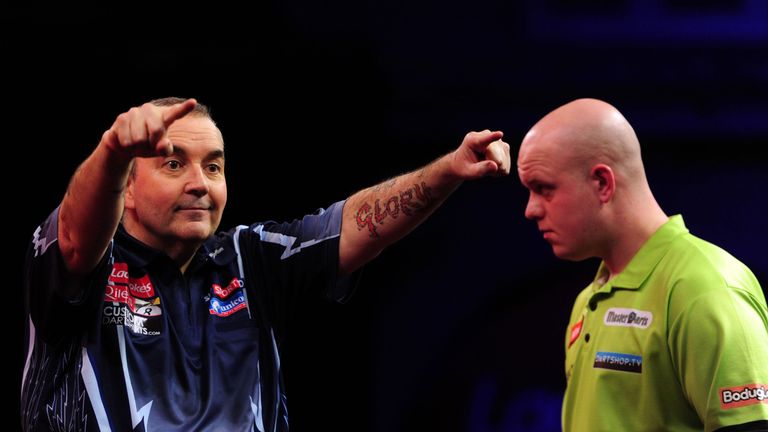 That's the one I wanted [in 2013]. He was so dominant and cocky as well, but he is a good player. He likes to bully people and he loves to be loved as well. He likes life peaceful and quiet for him. But if you go in the room and blank him, then he doesn't like it. It puts him off and that's the only way to beat him.

The legend will be leaving the game in a much better place than when it all started 25 years ago on Sky Sports. And its enormous success can be put down to Taylor hitting the bullseye on the global map.

"It's the perfect time for me to go, absolutely perfect" he added. "I'm not enjoying it anymore. There's a lot of pressure on me and a lot of the people that I'm working with now are young people. They're talking about things I don't know what they're talking about. It's all changed.

"I've been playing it over 30 years - that's more than half my life. To get ready for tournaments and do it properly you have to be very, very dedicated, and I'm not prepared to do that no more.

"I live a very simple life. I will miss it, of course I will. But at the minute I'm not thinking about it because I'll go all teary."

Watch Phil Taylor: The Greatest on Sky Sports Darts from 5.30pm on Thursday, December 14. A look back at the amazing career of Phil 'The Power' Taylor, and his remarkable influence on the sport.

Keep up to date with the news as the PDC celebrates 25 years on Sky Sports. So get all the latest at www.skysports.com/darts and join in the conversation @SkySportsDarts - don't forget to use #LoveTheDarts