"It's been getting better and better each and every year the World Cup."

Wayne Mardle has cited the strength in depth of the global game as the catalyst for the World Cup of Darts' growth over recent years.

The ninth staging of the World Cup got underway in Hamburg on Thursday night and it began with a bang, as third seeds Wales and sixth seeds Northern Ireland both crashed out.

Gerwyn Price and Jonny Clayton were sunk by Singapore, with 65-year-old Paul Lim rolling back the years for the 2017 quarter-finalists. Meanwhile, Devon Petersen inspired South Africa to victory over Daryl Gurney and Brendan Dolan.

New Zealand also produced an impressive opening night display and Hong Kong averaged a very creditable 91, albeit in defeat against Belgium. Nevertheless, it is evidence of the World Cup going from strength-to-strength.

The previous eight World Cups have been shared with four wins apiece for the Dutch and English sides, although this year's event is widely considered to be the most open since the tournament's inception.

"It's been getting better and better each and every year the World Cup," Mardle told Sky Sports.

"It's become a lot more important I think. It used to be seen as the fancied teams getting through just because there weren't many good players floating around in these countries but there are now."

Top seeds England kick off their campaign against the Philippines on Friday evening and Mardle believes the Filipino duo of Lourence Ilagan and Noel Malicdem could cause a major upset.

"I'm talking about how highly I rate the Philippines yet they are relative unknowns to most people, but this is the great thing about the World Cup, you see pairs and players you don't always see. 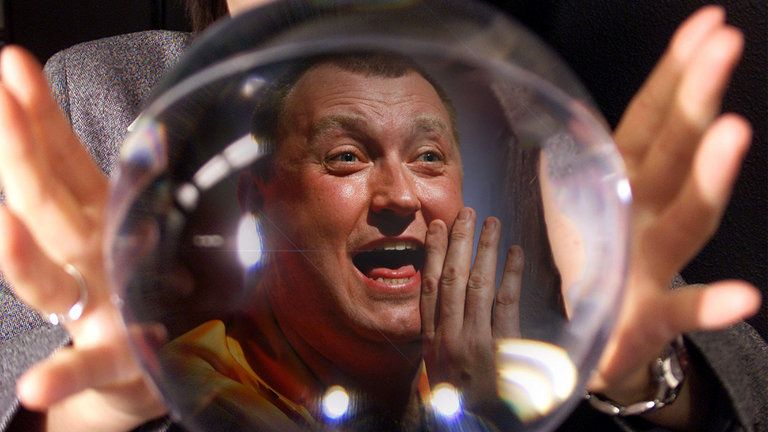 "You should be losing together, winning together, triumphant, milking the crowd together. It's difficult on your own and if it was just pairs I think it would be better, I really do."

Mardle on the pairs format

"I think England could go out in the first-round but I also think if they make it through that they will reach the final.

"I like that uncertainty. It is fine margins. They're a great team as are Wales, Scotland and the Netherlands.

"This is not putting Jermaine Wattimena down but the Netherlands are not as strong. Cristo Reyes and Toni Alcinas - they've got to quietly fancy their chances haven't they?" he added.

Lithuania became the latest country to feature in their first World Cup, with Darius Labanauskas - the man who defeated Raymond van Barneveld at last year's World Championship - captaining their side and Mardle believes it can only be a positive.

"Lithuania have got a team in it for the first time and as an event it's getting bigger and better and year in year out we are seeing more of what we consider the smaller darting nations pulling off huge shocks.

"For now it's a case of having teams from regions we've never had before. I think it's a great event and I never used to feel like that about it but I do now. It's superb and there are so many good players from all over the world.

Michael van Gerwen is bidding to win a record-equalling fourth World Cup crown with the Netherlands in Hamburg this weekend, although the World No 1 has been vocal in his criticism on the tournament's format.

Van Gerwen insists the format should be altered to feature more pairs matches and this is an opinion shared by Mardle.

"I know it's been said before and I'm not jumping on the bandwagon but I'd like it to be just pairs," said Hawaii 501. "I think that would really work. I like the fact you win together and you lose together.

"I've watched the players in the Singles, especially in the semi-finals or final and they feel alone up there, they might be 3-0 down ready to lose 4-0 as a single.

"You should be losing together, winning together, triumphant, milking the crowd together. It's difficult on your own and if it was just pairs I think it would be better, I really do.

"Look at the final with Simon Whitlock and Paul Nicholson back in the day. They had chances to beat [Adrian] Lewis and [Phil] Taylor. Every player had a dart for the title. You could feel it so much - because it was pairs it made it all the more special."