Daryl Gurney and Michael Smith looking to find their X-factor

The Premier League is a tournament littered with compelling narratives but two men that have slipped under the radar in the overall reckoning are Michael Smith and Daryl Gurney.

It could be argued that the pair underachieved last year, although with both men embarking on a third successive tilt in the sport's biggest roadshow, they're bidding to kick off the new decade in style.

For Smith - 2019 promised so much. He began the year by losing out in the World Championship final to Michael van Gerwen and despite the inevitable disappointment that followed, the signs were encouraging in his pursuit of a first major title.

The St Helen's star was later denied in last year's World Matchplay showpiece by Rob Cross and he came agonisingly close to scooping a landmark crown at the Masters less than a fortnight ago, squandering three darts for the title against Peter Wright.

It's surely a matter of when, not if, 'Bully Boy' breaks his major duck, although he openly admits negating the Pro Tour last year in his pursuit of televised glory and as the wait extends - the frustration only builds.

Gurney is no stranger to major success however. The Northern Irishman claimed World Grand Prix glory on an emotional occasion in 2017, before stunning Van Gerwen to win the Players Championship Finals just over 12 months later.

He was unable to land a major title for the third successive year in 2019, yet the ambitions of 'Super Chin' provide an intriguing contrast to Smith's desperation for major success.

Gurney is considered a seasoned campaigner within the world's elite and with two major titles to his name that comes as little surprise, but for the world No 7, consolidation is key.

"It's still only my third year, so I'm still learning and when somebody says they've learnt everything about darts, they're talking a load of lies," Gurney told The Darts Show podcast.

Smith is also consigned to the 'experienced' bracket, despite being the second youngest player in this year's field.

The former World Youth champion is making his fourth Premier League appearance in 2020 and he's issued a word of warning to the newcomers regarding the tournament's taxing nature.

"Some of the new boys don't know about the travelling," Smith told Sky Sports. "They thought last year was hard and the year before - same like Glen [Durrant].

"It was his first year - if he thinks last year was hard, he's in for a nice awakening when you've got 15 weeks of solid travelling and not seeing anything or anyone that you love.

"It's gruelling but you've just got to keep telling yourself the rewards at the end of it are massive and it is nice."

The debate continues to rage on social media about whether the Premier League is part of the sport's 'Triple Crown', although it's undisputedly one of the most lucrative events on the calendar, with £250,000 afforded to the winner.

Nevertheless, it's all about the prestige from Smith's perspective. He's featured in five major finals within the last three years and is yet to lift a televised title, despite having match darts in two of those tussles.

The 29-year-old can take comfort from the knowledge that newly-crowned world champion Peter Wright suffered defeat in five consecutive finals before crossing the finishing line, and Smith will be hopeful of replicating Snakebite's success.

It's a double-edged sword for 'Bully Boy'. He's consistently featuring in the latter stages of majors which contributed to him rising to a career high of third in the world in 2019, although the pain of last-gasp heartbreak is becoming increasingly tough to bear.

"I know getting to those finals is a big thing, sometimes I think I would have rather lost first round because it's a lot easier to get over, but now I've been making a few of them, hopefully this year I make a lot more of them and take that title home." 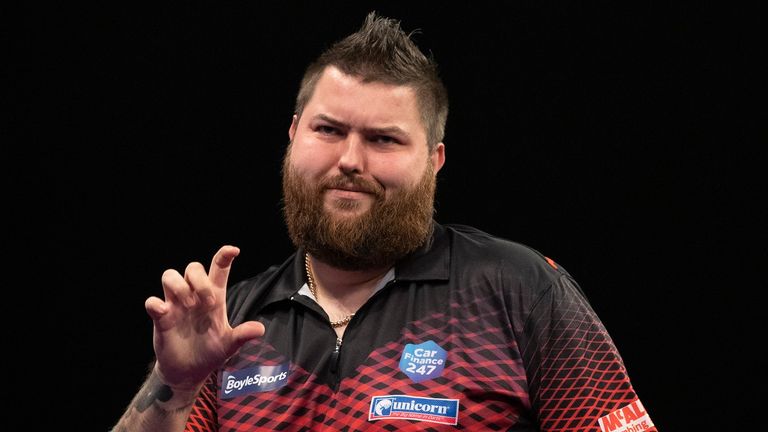 I know getting to those finals is a big thing, sometimes I think I would have rather lost first round because it's a lot easier to get over...

Smith knows it's difficult to put such defeats behind him

Interestingly, Gurney is focusing his attention on the Pro Tour as he bids to maintain his place within the world's top eight.

The 33-year-old featured in a hat-trick of major semi-finals last term - the Premier League, World Matchplay and European Championship.

That record would be the envy of a host of top-class operators, yet it is testament to the impressive standards Gurney's set that such achievements can be considered underwhelming.

"I think last year was my best year on the European Tour so if I can do more or less the same again and hopefully try and pick up another trophy that will be great, but I want to get the finger out on the Pro Tours," added the two-time major champ.

By his own admission, Smith sacrificed potential Pro Tour success by focusing predominantly on major TV tournaments and although it didn't have the desired effect in 2019, it's a method he will continue to adopt.

"Last year - I think I said it in so many interviews, the floor events and Europeans - I gave up on last year. I just solely focused on TV," he told The Darts Show podcast.

"I had the World Championship final going into 2019, then the Matchplay final, semi-finals at the UK Open. It wasn't too bad, it just wasn't the win, so hopefully this year."

One thing the duo have in common is the desire to bounce back from World Championship disappointment. Gurney was edged out in the third round by fellow Premier League star Glen Durrant, whilst Smith crashed out in his opener against Luke Woodhouse.

The annual pilgrimage to Alexandra Palace is the pinnacle of the darting calendar and irrespective of previous highs throughout the season, failure to deliver in the capital can prove defining.

However, Gurney is refusing to reflect on his early exit and insists that a positive start to the season is essential.

"Last year is forgotten about now. This is 2020, a new start. If you start dwelling on last year you could drag in old memories and then lose your focus.

"If you can make a lot of ranking points or a lot of money at the start of the year, it takes the pressure off for the rest of the year, so a good start to the year is always positive."

Smith is similarly bullish and while consistency is his principal aim - the desire to lift a maiden televised title remains prevalent.

"I just want that title now. I want the trophy - any win will do until we get to the World Championship."

The Premier League is an event notorious for separating the men from the boys, but the pair possess the necessary pedigree.

Smith reached the final in 2018, while Gurney bowed out in the semi-finals last year - defeat to Van Gerwen the common denominator for both.

What better stage to reaffirm their credentials? Make no mistake, Michael Smith and Daryl Gurney are premier players in the world of darts and 2020 could serve another pertinent reminder of that.