Raymond van Barneveld's return: Colin Lloyd asks if he still has the hunger

Watch all seven days of the World Grand Prix on Sky Sports - coverage begins on Tuesday, October 6 at 6pm

Colin Lloyd reflects on Raymond van Barneveld's announcement that he is coming out of retirement.

The five-time world champ last week confirmed that he will enter Q-School in January, as he seeks to regain a PDC Tour Card.

And while the news came as a surprise to the darting world, Lloyd was not taken aback.

"Myself, Wayne Mardle and Bobby George travelled over to Holland in January after the World Championships to do some shows for Modus. There were loads of darts players there," recalled 'Jaws', speaking on The Darts Show Podcast.

"I was on the practice board one of the evenings, and I was chatting to Raymond, and he was saying 'I feel as though I've given up too early'.

"I gave him a bit of a nudge - 'you've got to do what's beneficial for you. You can't let people talk you into doing things if you don't want to do it'. The decision was made, and he walked away. He obviously wasn't ready to walk away, but I think he probably felt that he said it, so he's got to do it."

The 53-year-old is facing a gruelling journey if it is to prove a successful comeback.

"He has got a very tough time ahead of him," noted Lloyd.

"Only Raymond can tell you if he is ready for it or not. Good luck to him. Is the hunger still there? I don't know. I wish him the very best, and if he does get a tour card, his hard work really starts there.

"I don't think there's going to be any invites for anything. He's just going to have to qualify for everything. He's in for a very, very tough time. But if he's made his decision that he's going to Q-School, then obviously he must be prepared to do all that. And I wish him all the best with it."

And he's going to be facing tough opposition.

"These young players, they can see what they can earn and what they can do. [Q-School] is where their dream can become a reality. And Barney has lived that dream. So if he starts getting tired after two days, those guys are going to be on him," Lloyd continued.

"They can see at the end of the tunnel; 'I can give up my day-job. I can earn thousands and thousands of pounds playing darts, that I've always wanted to do'.

"Whereas Barney has already done that. He's going to have to really dig deep. He can't just turn up anymore because he's Raymond van Barneveld and expect to get two legs from that.

"I just don't know if Raymond has got that in him anymore. I hope he has, because it would be a delight for the fans, and darts in general. But listen, we'll just wait and see." 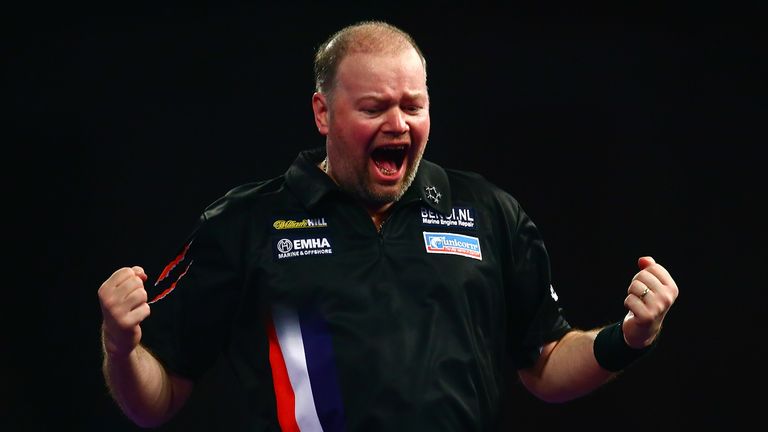 He has got to make sure he's ready.

"If Raymond has got some of the young lads that he thinks are coming through, and he says, 'I want you to come around, we'll have a little warm-up and if you have to take a day off work, I'll pay your day's wages or whatever. And you come and we practice hardcore darts - games, sets, whatever. Here's an incentive, if you beat me first to five sets, I'll give you an extra day's wages.' That gives the guys an extra incentive to beat Raymond, but it also gives Raymond an incentive.

"That's the way I would work it. I would pay someone to have the day off work, who I know is an extremely good darts player, to put me through my paces.

"We're only three months away from Q-School. And he has got to make sure he's ready."

Wayne Mardle echoed Lloyd's thoughts, pondering if the Dutchman has the stomach for the fight.

"I believe he has an ability to compete. I'm not sure he has the mental fortitude to compete. And I'm saying this as somebody who is retired," he said.

"I don't think Raymond's mental fragility will do him any good here. I think he hates competing. I just don't think he enjoys competing anymore, and you have to love it.

"I'm not sure Barney wants that fight. I'm not sure he can handle that fight. I hope I'm wrong, because I've always been an admirer of his ability. But he's going to have to work so hard. No offence to him, this isn't meant as a put-down. Barney has never been a grafter. That silky smooth action has stood him in good stead for decades. It was time to hang the shirt up, and put the darts in the case for the final time.

"I hope that he has success. I could be wrong, but I can see it ending in tears. He gets a tour card, and then lasts about six months."