Wayne Mardle believes Peter Wright could be "the man to beat" over the longer formats, after Snakebite claimed his maiden World Matchplay crown with a dominant 18-9 win over defending champion Dimitri Van den Bergh in Sunday's showpiece.

Having blitzed Michael van Gerwen with a sensational 110.37 average in the semi-finals, the former world champion produced another masterful display to dispatch his former lodger Van den Bergh, who was bidding to retain his Matchplay title.

The Scot punished his opponent's profligacy in the opening exchanges to establish an 8-2 cushion, posting a remarkable 122.25 average during the second session.

Van den Bergh reduced the arrears to 12-8 to keep his slender hopes alive, but the Scot's superiority on the outer ring saw him wrap up a comprehensive victory with a 105.9 average, 10 maximums and 58 per cent on his doubles.

"He was kind of faultless again. It's not about averages but everything he was doing was right," reflected Mardle.

"His timing was good. He beat a man with a 100 average and he made him look second-best all the way.

"Peter Wright is a special player, we know that, but he's come here with all the confidence in the world and he has shown the world that when they all play relatively well, he is still one of the very best and as we stand, maybe the man to beat over the long formats."

Wright generated headlines pre-tournament by insisting he would lift the Phil Taylor Trophy, but after talking the talk, the world No 2 walked the walk with a series of sublime performances at the Winter Gardens.

The 51-year-old was relatively untroubled throughout the nine days at the Empress Ballroom, and his relentless nature was reminiscent of the aforementioned Taylor, as he finished with a tournament average of 105.

"The closest anyone got was within six legs. That is dominance. That is just beating your opponent down. That is not giving them a chance," Mardle continued.

"We've seen winners and we've seen runners-up of this event before where they've got through by the skin of their teeth, having to work really hard, having to take out big shots all the time.

In heart-warming post-match scenes, Wright broke down in tears as he dedicated his success to wife Jo, who recently underwent major surgery on her spine, and Mardle admits it left him emotional.

"I've got to say, when he said: 'This is for Jo' and started crying, I went at that point. I just love it when it is a family affair. That is wonderful.

"Jo has been going through turmoil - they are a unit. You saw Peter get emotional there, it is fabulous to see.

"As a family unit, they can go away, go home tomorrow, really enjoy this moment. It is quite heart-warming."

After vowing to complete a World Matchplay and World Championship double a few weeks ago, Wright has fulfilled the first part of his promise. 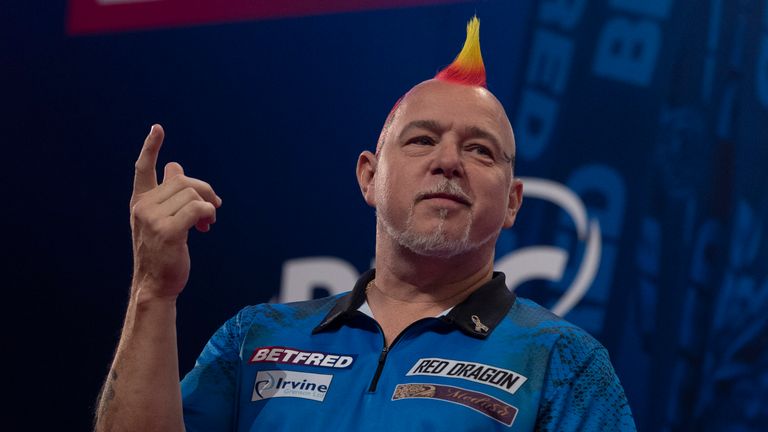 “He stamped total ownership of this event. He didn’t squeak through to the title. He demanded it and he took it."

"We've got plenty of events for him to play in, but it is really important for players like Peter, he wants to win events that he has never won before, so the Premier League is definitely on that list. As we know, he has come close in the past."

As for Van den Bergh, he fell just short in his bid to become the fourth player to successfully retain the World Matchplay title, but he becomes just the second player to make the final in his first two appearances in the event.

The Belgian's Winter Gardens exploits catapult him up to a career-high of fifth on the PDC Order of Merit, and Mardle believes the future is extremely bright for 'The Dream Maker'. 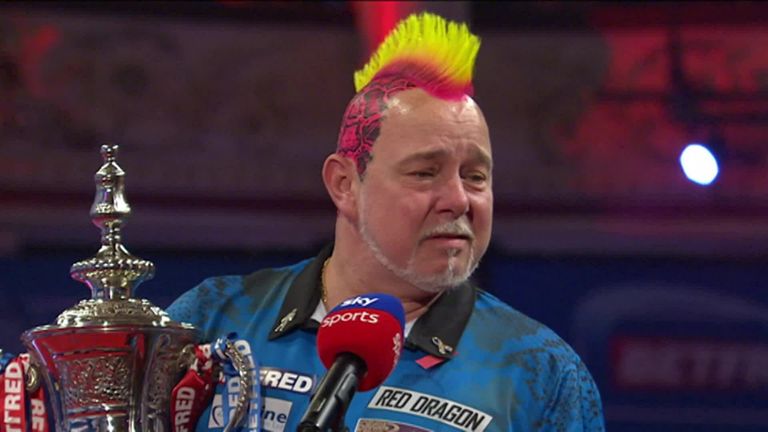 "He is only 27, but he is showing championship-winning form, time and time again. It has taken something special to knock him off that World Matchplay perch.

"I've got so much time for Dimitri as a player, I think he's special, the way he throws, the way he carries himself, and even the way he entertains the crowd. I believe these are so important for our sport.

"We want entertainers. Robots are fine. It is about the product. They [Wright and Van den Bergh] couldn't have done the game of darts more proud if they tried."