Women's Series will begin on August 28-29 in Germany; subsequent events in Milton Keynes and Barnsley; World Championship and Grand Slam places up for grabs

The PDC have confirmed the return of their Women's Series for a second year, with three weekends of action set to be rewarded with World Championship and Grand Slam of Darts places.

After the success of last year's Women's Series, the PDC has confirmed that female players will get more opportunities than ever before - with three separate weekends set to give the players a chance to win spots at two of the most prestigious events in the second half of the year.

Places at the 2021/22 William Hill World Darts Championship will be awarded to the top two players from an Order of Merit determined by prize money from the 12 tournaments that will take place in August, September and October.

The two places in the Grand Slam of Darts will go to the leading performers in the second and third weekends respectively, based on cumulative prize money won in Events 5-8 for one place and Events 9-12 for the second place.

The race will kick off at the end of next month when the Women's Series heads to Germany for the first time with the H+ Hotel in Niedernhausen hosting four events across two days on August 28 and 29. 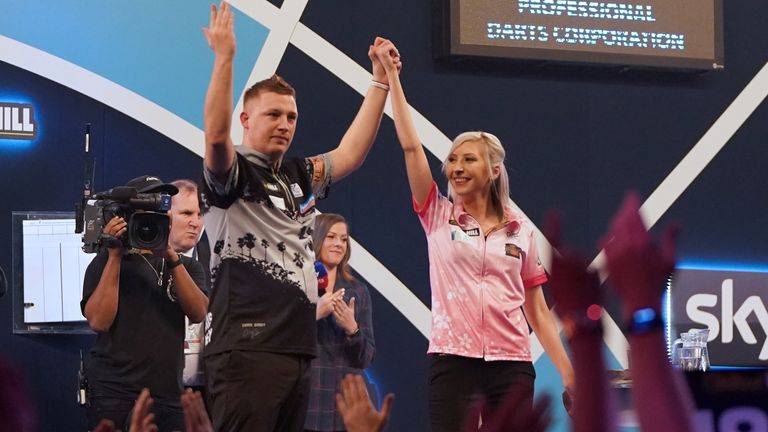 "Women's darts continues to enjoy a higher profile than ever before, and we see an expansion of the PDC Women's Series as the next step in the game's progression.

"We are pleased that this year's tour will incorporate events in Germany, reflecting the growth of women's darts across the world."

Events 5-8 will be played at the Marshall Arena in Milton Keynes on September 25-26, while the chase for World Championship and Grand Slam places will conclude with Events 9-12 at the Barnsley Metrodome on October 23-24.

£60,000 in prize money will be on offer across the 12 events as the PDC continues to make strides in the women's game - the likes of PDC Tour Card holder Lisa Ashton, Fallon Sherrock, and Deta Hedman among those who will chase a place.

Last year, the PDC held four events in 2020 where Ashton and Hedman took the spots available at Alexandra Palace, while Ashton also qualified for the Grand Slam, and Japan's Mikuru Suzuki and Russia's Anastasia Dobromyslova won places at the World Championships via the qualifiers.