Jonny Clayton secured a fourth victory in six finals in front of nearly 10,000 fans at the OVO Arena in Glasgow: His win also means he is the first player to have secured his place for Play-Offs Night in Berlin

Jonny Clayton increased his lead at the top of the Premier League table by beating James Wade, Gary Anderson and Michael van Gerwen in Glasgow.

Clayton managed to take charge in some pivotal moments at Night 13 in Glasgow, clinching a tough 6-4 semi-final win against Anderson, as the Flying Scotsman enjoyed the backing of the crowd on his home turf, to set up a final with Van Gerwen.

The final saw no break of throw for the first six legs, the Green Machine missing a chance in the first leg to take the momentum from the Welshman. 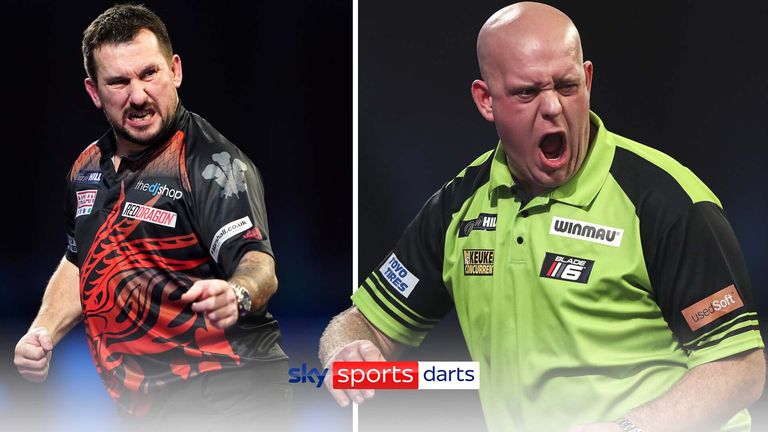 However, at 4-3 up, and both players sitting on a 101 average, Clayton capitalised from Van Gerwen missing the D10, breaking the throw and setting himself up for the win.

Despite getting another Premier League Night victory, Clayton was more pleased that his place in the Play-Off Night had been secured.

"Well it is nice to see that Q (qualified) next to my name," said Clayton.

"This crowd was fantastic, obviously against Gary they were a bit different but fair play to this lot they were absolutely brilliant.

"I seem to see Michael van Gerwen and Peter Wright every week but I love it and hopefully I keep on winning games because that is all we are here to do and I am going to try my best." 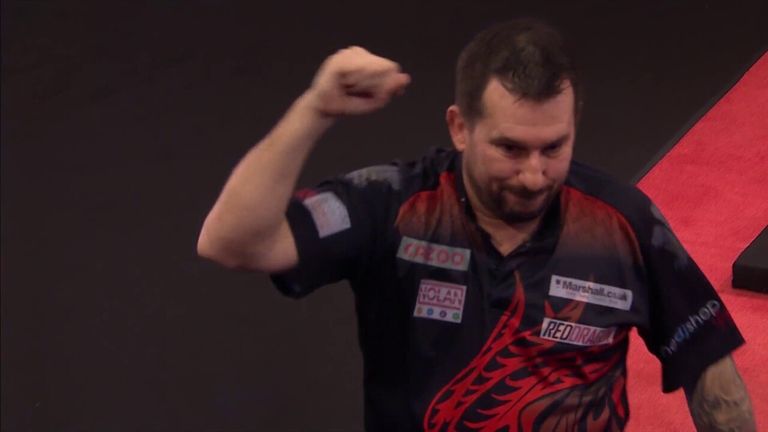 Clayton got his revenge for last week's loss in Dublin against James Wade, as he took a comfortable 6-2 victory in what was a scrappy encounter between two of the competition's most consistent competitors.

His real test then came against Gary Anderson who was in his best form for some weeks after beating Peter Wright 6-2 in the opening quarter-final of the night.

There were five ton-plus finishes in 10 legs in the first of the semi-finals, Anderson opening the encounter with a 150 finish much to the delight of the Tartan Army in the crowd. However, Clayton found his rhythm and after a break of throw and then a 116 finish of his own, the Welshman managed to find the match dart to head to the final after a late 110 from the Flying Scotsman nearly denied him, giving him a 6-4 victory.

Van Gerwen had a tough route to the final, with both Joe Cullen and Michael Smith fighting back to take him all the way.

After going 5-3 down, Cullen managed to break the throw and bring himself back into the quarter-final after early dominance from the Dutchman.

However, after missing some match darts, Van Gerwen managed to hold on and see off D10 to get through to face Smith, despite only hitting 25 per cent of his doubles. Like Anderson, Smith was also in better form, as he secured a 6-3 victory against Gerwyn Price to set up an encounter against the Green Machine in what turned out to be an epic battle.

After Van Gerwen broke the first throw, Bullyboy managed to win four legs in a row to take the lead and put the pressure back on Van Gerwen.

However, Van Gerwen, once again, managed to grind out a win through a break of throw of his own, finishing the match with a 104 checkout.

Next week, Premier League Darts heads to the Utilita Arena in Sheffield, where Cullen takes on Wade, Anderson is up against Price, Van Gerwen faces Wright and Smith takes on Clayton.

Check out daily Darts news on skysports.com/darts, our app for mobile devices and our Twitter account @skysportsdarts. We're back for more Premier League action from the OVO Arena in Glasgow on Thursday, May 5 - live on Sky Sports Main Event & Sky Sports Action from 7pm.