England won the World Cup of Darts with a thrilling 3-2 victory over Scotland in the final in Frankfurt.

Phil Taylor gave top seeds England a flying start when he whitewashed Peter Wright 4-0 in the opening leg with an average of 113.43.

World champion Gary Anderson hit back for second seeds Scotland by defeating Adrian Lewis 4-1 to level it up at 1-1.

Taylor and Lewis then combined to win a hard-fought doubles contest 4-3, but Anderson notched his second singles success as he repeated his World Championship final win over Taylor, powering to a 4-1 victory.

That left Lewis and Wright to fight out the decider and it was Lewis who prevailed 4-1 to secure the silverware for England. 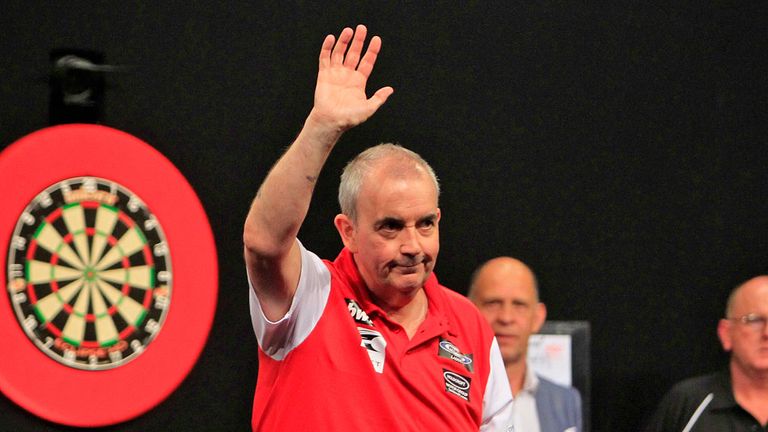 Once he took the first leg, I thought he was going to get him, because he's a confidence player.

After lifting the trophy for the third time, Taylor praised his team-mate for holding his nerve in the crucial clash.

"Once he took the first leg, I thought he was going to get him, because he's a confidence player," he told Sky Sports.

"He's been - practice wise - the best player, he has thrashed me.

Earlier in the night, England had advanced to the final with a 2-0 victory over the Belgium pairing of Ronny and Kim Huybrechts.

Taylor edged out Ronny 4-3 in the opening singles match, while Lewis completed a 4-2 victory over younger brother Kim.

The other semi-final was a mouthwatering encounter between title holders the Netherlands and Scotland, with world No 1 Michael van Gerwen coming up against reigning world champion Anderson.

After Van Gerwen had edged out Wright 4-3, Anderson levelled the match with a 4-1 win over an off-colour Raymond van Barneveld.

All four players then took part in a tense deciding clash of doubles and Wright had the final word when he took out double 20 to complete a 4-1 win.

But England then defeated the Scots in a high-quality encounter as Lewis sent the last dart of the tournament into double 10.