Mardle: "Letting go is difficult but I'm afraid you have to because you can't keep turning up thinking that you're going to lose because you'll be right every single time as eventually you will."

It's been a rollercoaster week for Raymond van Barneveld, who retracted his decision to retire with immediate effect following his emotional Premier League farewell in Rotterdam. However, Wayne Mardle and Colin Lloyd admit that 'letting go' can be extremely difficult.

Van Barneveld announced last November that he would retire following the 2020 World Championship, but he was eliminated from his 14th and final Premier League campaign after suffering successive 7-1 drubbings against Daryl Gurney and Michael van Gerwen, which prompted the Dutchman to announce his intention to retire with immediate effect.

The five-time world champion then released a statement via the PDC on Friday morning confirming that he will continue playing for the remainder of 2019, but speaking on the Darts Show Podcast, Mardle and Lloyd reflected on Van Barneveld's current predicament.

"At the start of Thursday night you could that tell Raymond was down," Mardle said.

"He was feeling emotional anyway way before the game against Michael and bearing in mind he'd got annihilated on the Wednesday, which certainly didn't help him. It was difficult for him. There was something really emotional about it and he just couldn't pull it together." "I know when I was coming towards the end as they say, I couldn't see light at the end of the tunnel and I was fortunate enough that [Mardle] instilled a few things in my head that made my decision not easy, but a decision I had to make," Lloyd said.

"We've both been there and it's not easy to just walk away," Mardle added. "It's difficult because it's what you've known for so many years and it's your way of earning a living and you're thinking: "Do you know what, I was good enough to do that, why can't I do it again?" 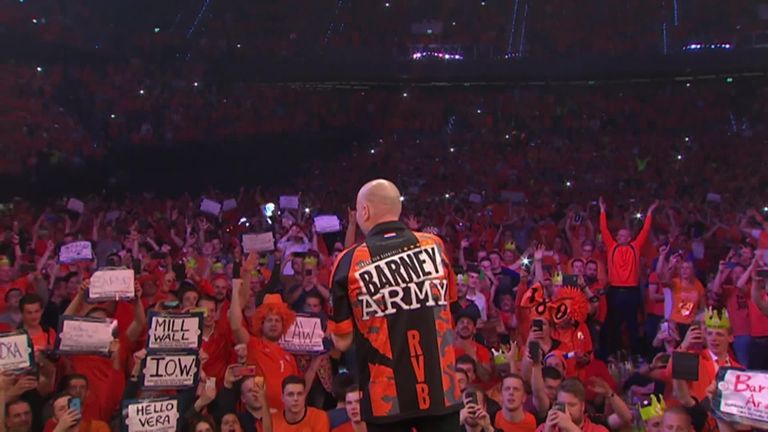 Van Barneveld reached his first Pro Tour final since 2015 just a fortnight ago - firing in two ton-plus averages en route before succumbing 8-3 to Adrian Lewis. Nevertheless, Mardle fears that run could prove to be an anomaly rather than an indication of a resurgence.

"He's hanging on, he's hanging on and when he got beat in the final by Adrian Lewis in that tour event I'm thinking is this going to be the start of some kind of unbelievable renaissance or is it going to be an absolute fluke and a one-off?

"I wasn't sure, well I'm kind of sure now. I'm sorry, his game is just not there and he's got to let go. When he said he was going to retire, I knew it was a reaction to what had happened over the two nights.

"Letting go is difficult but I'm afraid you have to because you can't keep turning up thinking that you're going to lose because you'll be right every single time as eventually you will."

"It is sad to see because he's a five-time world champ, he's not someone who you just expect to see get beaten in the first or second round. When he does have a run, you kind of expect that even though he's nowhere near his best, you still expect him to reach the latter stages."

Barney is currently ranked 31st on the PDC Order of Merit and faces a fight to qualify for this year's World Championship. However, Lloyd believes that the legendary Dutchman is suffering from a crisis of confidence amid the unrelenting emergence of exciting young talent.

"You go to these events and sometimes in your own mind you think to yourself: 'I wonder how I am going to play today?' and you can't think like that because these young players still respect you, but they're like a juggernaut coming through and you're that train that's poodling along in front of them," Lloyd said. 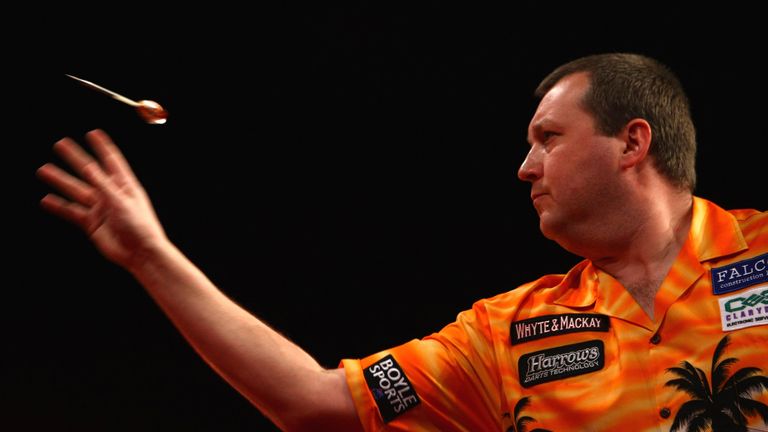 "Barney has to realise now that he is going to lose to players that he's probably never lost to before in his life. Unfortunately that's going to happen more and more because his game is not as good as it was."

This year marked Van Barneveld's 14th consecutive Premier League season - usurping Phil Taylor's previous record of 13. Barney reached the play-offs on eight occasions with the obvious highlight seeing him beat Taylor and Van Gerwen on the same night to be crowned champion in 2014.

Nevertheless, this year proved to be uncharted territory for the 51-year-old, who suffered elimination for the first time in his illustrious Premier League career, and Mardle draws parallels between RVB's plight and the latter stages of his career.

"There's also another thing that for me was the thinking behind retiring and giving up. There are always players that you have beaten throughout your career and you've beaten them to nil or to one, no matter what the format. Then they start to get closer and then they eventually start to beat you and you're thinking 'hold on now, is this me or is this them?'

"Barney has to realise now that he is going to lose to players that he's probably never lost to before in his life. Unfortunately that's going to happen more and more because his game is not as good as it was."

Van Barneveld did defeat his compatriot Van Gerwen in a thrilling quarter-final clash at the World Series Finals last November, averaging 100 and converting 10 of his 13 attempts at double to triumph. Despite this, RVB has registered just two televised wins since.

"It was only five months ago that Raymond beat Michael van Gerwen over a best of 19 in the World Series Finals. Now imagine that - we were actually thinking whether or not he would actually win one leg or two legs against Michael [Van Gerwen] last Thursday, so his form has gone so quickly," Mardle noted.

"I feel for him but I do believe now he's not playing every Thursday it will give him time to kind of relax a bit and practice whenever he wants. Yes it's horrible for him to be eliminated but it's one of those things - he only won one game. Unfortunately he's got to get back on that bike and just keep peddling away and hopefully he qualifies for the Worlds."

The Premier League continues as we head to the SSE Arena in Belfast on Thursday. You can also stay up to date with all the action by following us @SkySportsDarts and get all the latest news, previews and interviews www.skysports.com/darts