Wayne Mardle returns with his crystal ball to predict the outcome of the Premier League Darts semi-finals before revealing who he expects to be crowned champion....

Michael van Gerwen is bidding to win his fourth consecutive Premier League title and, after topping the table for the seventh straight season, he takes on Daryl Gurney in the first semi-final.

The second semi-final sees Rob Cross lock horns with James Wade. Cross was denied top spot after losing to 'The Machine' last week, as the Aldershot ace sealed his place in the Play-Offs for the first time since 2013.

Wayne gives his thoughts on the final four and predicts who will walk away with the Premier League title at The O2 on Thursday...

Van Gerwen would have been expected to top the league. He did it but in a way that we've not expected and that was to nick it. When he's dominant, he's kind of untouchable and I think that's been proven time and time again, but when he's off he's more than beatable, and the others know that.

Rob finished fourth last year and second this year, so the two times he's been in the Premier League he's made the Play-Offs. Michael van Gerwen beat him in the semi-finals last year, can he go one further and then win the final? I think he can, but it will be a tough, tough night.

I think out of all the four players, James Wade is probably the one with the least pressure on him to be fair. I think he sees it as whatever happens happens. I don't think he's putting pressure on himself whatsoever and that has to be a positive.

Whilst others were struggling mentally, Daryl Gurney was getting stronger. I thought the way Gurney played against Michael Smith in Leeds was superb, I really did. The way Daryl has held it together in the last four or five weeks has been stunning and doing the double over MVG, wow!

I think this is more of a talking point - the fact that Daryl Gurney beat Michael van Gerwen in the final of the Players Championship, in what is a very, very similar format to what they're going to play in the semi-finals.

Michael won the last one which was a European Tour event, but Daryl Gurney knows, on the big stage, he's beaten him three times on the bounce. That's incredible because we know on his day, Michael van Gerwen is untouchable. 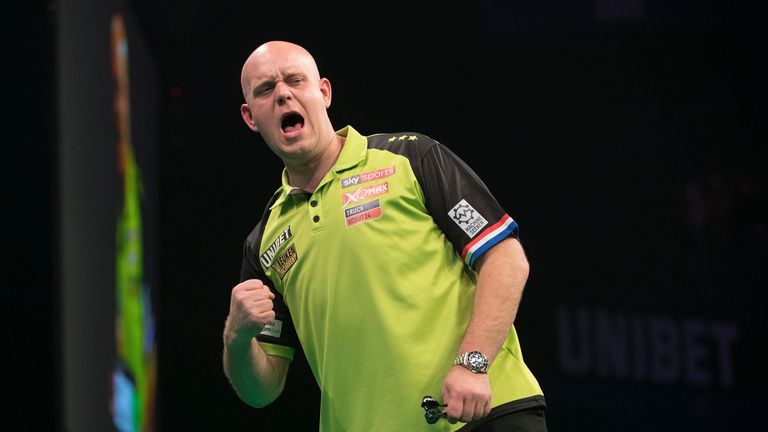 Its an intriguing encounter for me. I don't see this as a god-given but Michael van Gerwen is very difficult to oppose over a best of 19 match.

Mardle on MVG vs Gurney

Gurney somehow makes him panic. I think Daryl has a calm nature to him and he always tries to play within himself and that can unsettle your opponents.

It's an intriguing encounter for me. I don't see this as a God-given but Michael van Gerwen is very difficult to oppose over a best-of-19 match.

I really like Michael on Finals Night. I think this is Michael van Gerwen's night. Yes he's been beaten in finals before, but I think the man has got it all going for him right now and I think the longer format plays right into his hands.

This is so tough to call. I think Rob Cross has got a game that is going to stand the test of time.

He's got an ability and relentless nature very similar to Wade where he can just play and carry on, but last week, from my perspective, Rob panicked a little.

He was trying to win so much where it hindered his progress and he lost to James Wade. 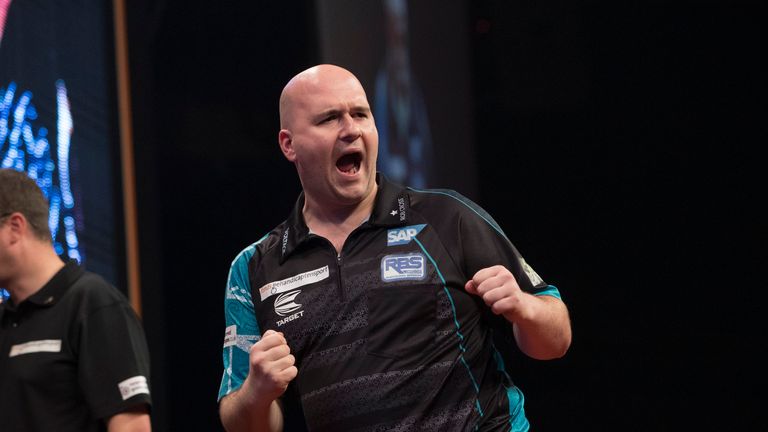 My only thinking is if they both play well, I think Rob Cross wins. If they're both off their game, I think James Wade wins.

Mardle on Cross vs Wade

James has looked so comfortable. He has got the best head-to-head record out of the four semi-finalists this year.

My only thinking is if they both play well, I think Rob Cross wins. If they're both off their game, I think James Wade wins.

I think they're both likely to play well to be fair. Both averaging near a ton or over a ton. I think it will be a real competitive game.

Rob Cross plays a game where he needs to concentrate. It can be a long night. I think sometimes Rob can get a bit fatigued on these nights.

Having to deal with James Wade I think is going to be hard and then to take on Michael van Gerwen is going to be even tougher and, because Rob Cross plays a concentration game and a relentless game, his action is quite fatiguing on the body. It's quite forced, whereas Michael is a lot smoother.

Wayne Mardle was speaking to Sky Sports' Josh Gorton. Watch the final night of Premier League action of 2019 with coverage of the Play-Offs from London's O2 underway from 7pm on Thursday, both semi-finals and the final will be live on Sky Sports Main Event and Action