Dyson Parody hit the winning double in a memorable 5-2 victory against Italy in Frankfurt before celebrating in style with partner Manuel Vilerio.

Their first win at the competition on four years helped them set up a last-16 showdown against former runners-up Australia.

And Mardle was pleased to see the wild scenes of jubilation from Parody and Vilerio at the Eissporthalle on Thursday. 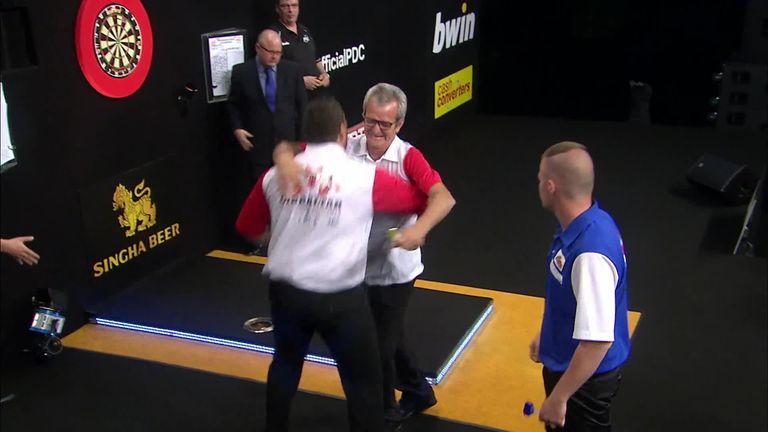 "It kinds of sums up sport, you try so hard so often and sometimes you just don't get the rewards you think you should and eventually Gibraltar have won a game at the World Cup," Mardle told Sky Sports 1 HD.

"It's taken four years and Dyson Parody achieved it. That's what it does mean - it's not always about the hundred averages and winning World Championships - sometimes it about winning a game and that's exactly what that was. Hopefully they can go further.

"Dyson Parody is the player we're all talking about tonight because this is what we want to watch. We want people who care.

"There's been some real good darts thrown. Not necessarily from the big seeds, there were a few performances from the lesser seeds."