Will Haas stay in F1? 2020 latest and more with Gunther Steiner 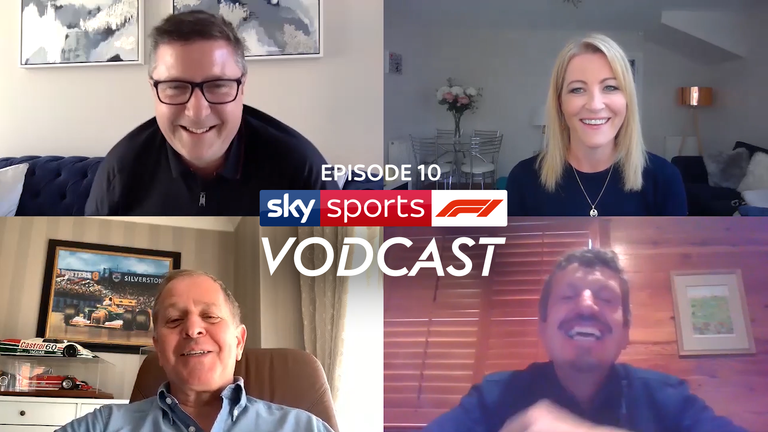 Gunther Steiner said on the Sky F1 Vodcast he believes Haas are "here to stay" in Formula 1 - despite fears over finances and Gene Haas' recent admission the project may not continue long-term.

Steiner, the Haas team boss who has become somewhat of an internet sensation since the release of F1's Netflix series, covered several light-hearted topics during his appearance on the latest Vodcast - such as what the F1 meetings are really like - but was also asked about his team's future in the sport.

Gene Haas, the American outfit's founder and owner, claimed before the planned start of F1 2020 a poor opening to the campaign could dictate whether he decides to keep the team running.

Losing out on income due to a lack of racing - the season's first nine races have been called off - likely will not have helped that change that viewpoint.

But Steiner, who joined Sky F1's Martin Brundle, David Croft and Rachel Brookes on the Vodcast, said: "I think we are here to stay.

"For sure we have to see out this scenario but if we can get in what the plan is now [18 races], we are good for the year.

"I'm in touch with Gene almost every day, he wants to be involved with what is happening, and he seems to be in a good place.

"We just need to be diligent. The budget cap, all this brings the teams together and being competitive will help. So I think we are here to stay." Steiner also revealed to Sky Sports News' Craig Slater "if we find solutions for the mid and long-term [then Gene Haas] is happy".

"We need to come up with solutions which I think we are. If we do he wants to keep on going racing."

Steiner also provided an intriguing insight into the latest F1 meetings on scheduling, cost-cap and more - which are happening weekly between various key personnel.

"There's about 25 people," he said. "I counted them last time! Sometimes they drag on a little bit..."

But while Steiner said the discussions are "pretty good" and "well-behaved" he would not deny private messages are exchanged when team bosses do not agree with what is said during the virtual meetings...

"They're not malicious or anything, they're just a bit of a joke!" admitted Steiner.

"But we sometimes do that when we are physically at the meeting! I think we are all grown-up children."