The McLaren driver drops from the third to fifth row in Baku after not pitting immediately under red flags in Q1; Watch Anthony Davidson's analysis of the incident below; Perez, Tsunoda and Alonso all move one place further up Sunday's grid for 1pm race start 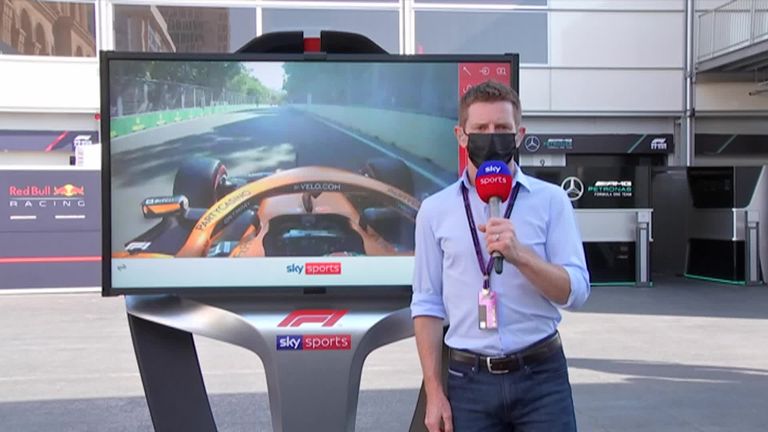 Lando Norris has been given a three-place grid penalty by Azerbaijan GP stewards for a red-flag infringement during qualifying.

The McLaren driver had qualified a fine sixth but will now drop down to ninth place for Sunday's race start.

Red Bull's Sergio Perez, AlphaTauri's Yuki Tsunoda and Alpine's Fernando Alonso are each promoted a place as a result of Norris' grid demotion.

Norris also had three penalty points added to his superlicence, taking him onto eight out of a maximum 12 for the last 12-month period.

Why was Norris punished?

The Englishman did not pit at the first opportunity under the red flags for Antonio Giovinazzi's crash in Q1, as is mandatory when sessions are suspended.

Norris was hurtling down Baku's long main straight when the red warning signals were displayed and, although the driver acknowledged in his post-session discussions with stewards that he initially backed off, by the time an exchange with his race engineer was completed it was too late to pull right into the pit lane. 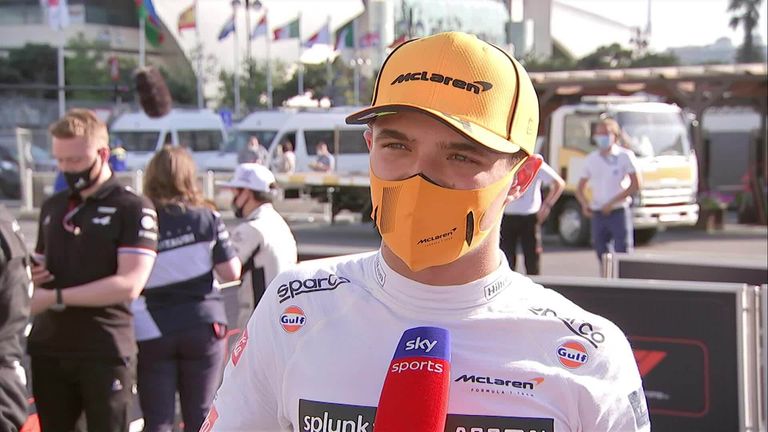 Stewards did take into account that Norris had little notice to pit, therefore imposed a slightly reduced penalty than normal on him.

"During the hearing the driver admitted that he lifted the throttle, braked and was committed to and able to enter the pitlane," read the stewards' verdict.

"At that moment he was not sure what to do and asked his team over the radio. Although the team ordered him immediately to enter the pits, it was too late and NOR crossed the finish line one more time.

"The stewards assume that if a red flag is not respected during qualifying, a drop of 5 grid positions is appropriate. However, if you consider that the driver only had a very short time to react due to his position on the track, a drop of 3 grid positions is sufficient as an exception." 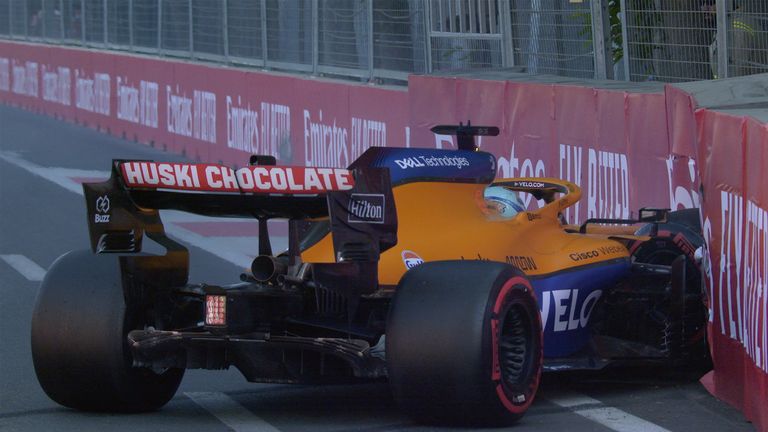 After Daniel Ricciardo crashed in Q2, McLaren now start with their cars in ninth and 13th places on the grid. Rivals Ferrari, two points adrift of McLaren's third place in the Constructors' Championship, have both their cars in the top five.