Full investigation into Red Bull and Aston Martin tyre blowouts to follow this coming week, say Pirelli; "First investigations suggest debris because the rear-left is not the most stressed tyre on this circuit" Pirelli boss Mario Isola says initial investigations by F1’s tyre supplier suggest debris may have caused the tyre failures on Max Verstappen's and Lance Stroll's cars that sent both drivers crashing out of the Azerbaijan GP.

But Isola says a full analysis of the failed tyres will take place at Pirelli's base in Italy in the coming week before they know for certain what happened.

He also revealed that they had discovered a cut on Lewis Hamilton's left-rear tyre too from the same stint as the two accidents.

Speaking to Sky Germany after the Baku race, Isola said: "It's a bit early to understand what happened to the tyres. We are waiting for the tyres back to the fitting area to analyse them, but we probably need to air freight them to Milan [Pirelli's HQ] for a complete analysis. 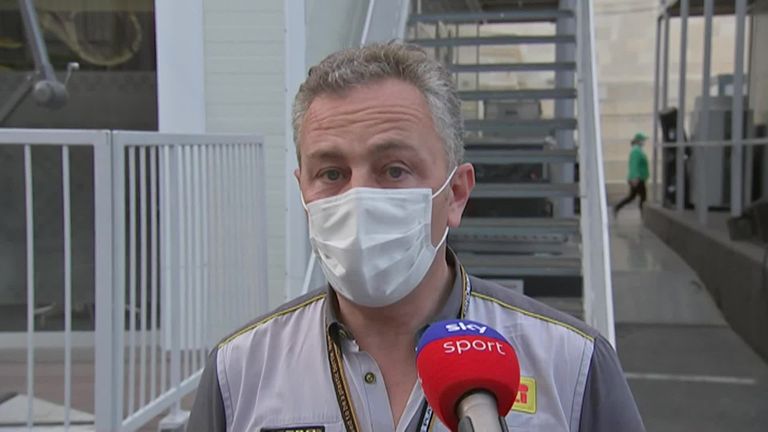 "First investigations suggest debris because the rear-left is not the most stressed tyre on this circuit. It's the rear-right; if we talk about wear it's the front-right.

"So it's in a position that doesn't suggest anything special on tyres.

"The other point is that we found another cut on a rear-left tyre from another car that luckily didn't cut the construction. It was a rear-left from Lewis, that was clearly a cut from debris.

"The other point is that obviously both failures happened more or less in the same part of the circuit. Max was a few hundred metres after the crash of Lance. Maybe there was some debris, but I don't want to say 'it was debris' because first of all we need to analyse the tyre. 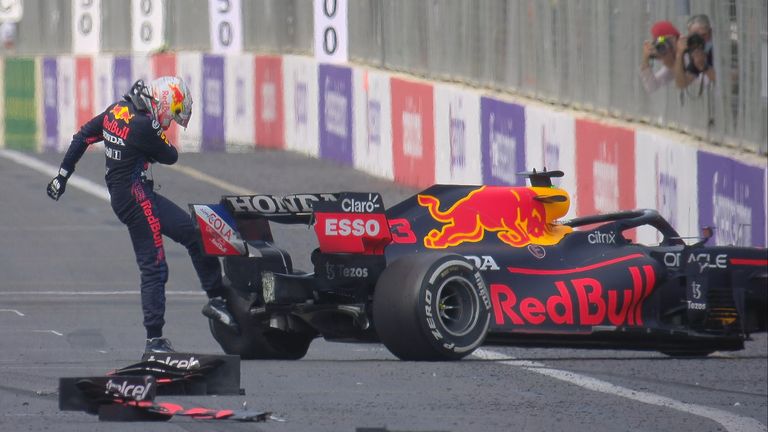 "I'm collecting information, we are waiting for telemetry data from the teams. It was sudden, that was clear, but if you have a big cut on the tyre it is sudden."

However, he said analysis of other sets of hard tyres that completed long stint lengths showed there were not widespread wear problems with that compound.

"When something like that happens, we need to collect information to understand what happened," he added. "What I can tell you is that we have several sets of hard tyres with more than 30 laps [completed on] and we are checking in the fitting area and we didn't find any issue.

"It's not something that I can tell you all the tyres had potential issues; no, absolutely, it's not like that. So we have two tyres rear-left, same position, same point in the circuit, that failed. We need to understand why."

Heading towards a championship lead-extending victory as he prepared to enter the race's final five laps, Verstappen said he had no warning before his tyre suddenly deflated and sent his car spinning out at 200mph.

"I didn't feel anything up until the moment that I suddenly went to the right," he told Sky Sports F1.

"The tyre just blew off the rim and it's not a nice impact to have, it's quite a dangerous place to have your tyre blowout at that speed.

"But luckily all fine with me, the car not so much, but up until then I think we had a very strong race. I was basically matching the lap times I had to do, and we were fully in control.

"I find it of course very disappointing what happened. We lost out on a lot of points, we could have opened up that gap in the championship as well, so to have this happening, especially so close to the end, is very frustrating." 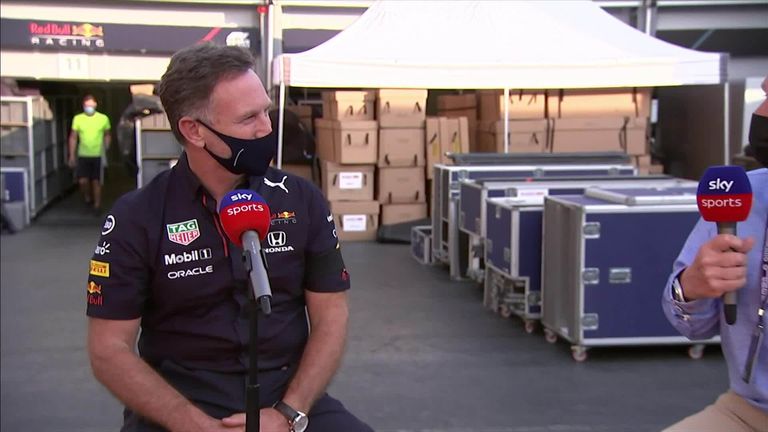 Red Bull boss Christian Horner said: "We were staring down the barrels at our first one-two since 2016, everything in control. GP [Gianpiero Lambiase, Verstappen's race engineer] had just checked in with Max, all OK, and then boom, the tyre went. We don't know why. It looked like the wear was all in good shape, so whether it's debris... something has happened.

"We were managing the tyre pretty well. You could see it suddenly deflated. Whether it's a bit of debris from the shunt earlier, you just don't know. Let's get the tyre back and look at it fully. Obviously, the feeling at that point was like the world's just dropped from under us."

Where was Verstappen when Hamilton's race fell apart?

As it unexpectedly turned out, Verstappen still left Baku at the head of the championship table.

Title rival Lewis Hamilton had run third behind the second Red Bull of Sergio Perez before Verstappen's accident and so appeared set to take back the points lead he lost to Verstappen in Monaco.

But Hamilton surprisingly scored no points either after a disastrous Turn One when the race restarted from the grid, the Mercedes driver running straight on and plummeting down the order.

At the time, Verstappen was having his mandatory post-accident check-over in the circuit's medical centre.

Asked when he found out about Hamilton's troubles, the Dutchman said: "When I was laying on that bed! They were checking my blood pressure and suddenly my phone was vibrating a lot. I said 'what's going on?' because I could hear the cars, of course.

"Then I was done and I was allowed to leave, then I saw on my phone that Lewis had a problem in Turn One.

"My blood pressure even with those text messages was absolutely fine!"