"I feel very, very fortunate today - thank God for the halo," says Lewis Hamilton, who also says he was surprised Max Verstappen got out of his car and "just walked by" after their frightening crash at Monza

Lewis Hamilton said he was grateful to be alive following his extraordinary crash with Max Verstappen at the Italian Grand Prix.

Hamilton and Verstappen collided for the second time in five races in Monza following another tantalising chapter of Formula 1's best championship battle of recent memory.

Verstappen was deemed at fault for the coming together and punished with a three-place grid penalty at the next round in Russia.

On lap 26 of 53, Verstappen approached the Variante Del Rettifilo at 225mph as Hamilton exited the pit-lane. Verstappen attempted to squeeze past Hamilton at the right-left chicane, but ran off the track and on to the kerbs.

Verstappen was sent out of control and airborne into Hamilton's path, with the rear-right wheel crushing the top of Hamilton's Mercedes.

Mercifully, the halo protection device, which sits above the driver's head, and was controversially introduced in 2018, absorbed the crushing impact of Verstappen's 750-kilogram machine.

Seven-time world champion Hamilton was able to walk away, complaining only of a stiff neck and soreness.

But three hours after the accident, Hamilton admitted he was still in pain and said he will be forced to seek medical attention ahead of the next round in Sochi on September 26.

"I feel very, very fortunate today," said Hamilton. "Thank God for the halo which saved me, and saved my neck.

It's days like today, I am reminded of how lucky I am. It takes a millisecond to go from racing to a very scary situation. Today someone must have been looking down, watching over me! #TeamLH: I'm so thankful for each and everyone of you, you are truly the best. Still we rise! pic.twitter.com/H2sGtXPKrr

"I don't think I have ever been hit on the head by a car before. And it is quite a big shock for me.

"We are taking risks and it is only when you experience something like that that you get the real shock of how you look at life and how fragile we all are. 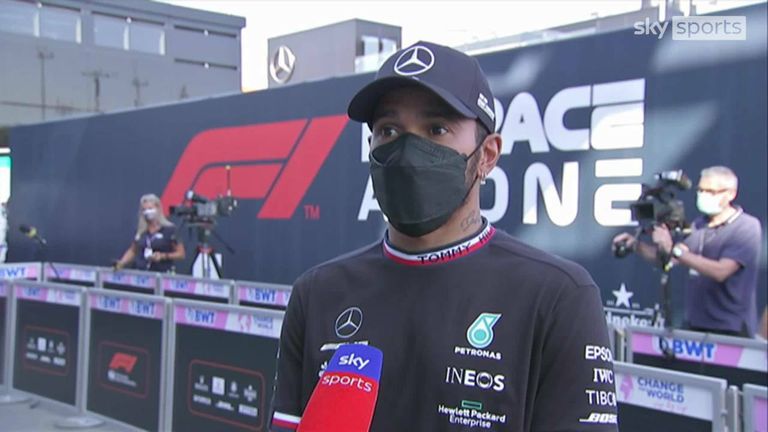 "If you look at the images of the crash, my head is really quite far forward in the cockpit.

"I have been racing a long, long time. I am so grateful I am still here. I feel incredibly blessed that someone was watching over me today."

Reacting to Verstappen's penalty, Hamilton added: "I am proud of the stewards.

"It sets a precedent and it is important for us moving forwards, for the safety of the drivers, that there are rules in place."

Hamilton was initially sceptical about the introduction of the halo, calling it the "worst-looking modification" in the sport's history and vowed not to use it, unless it became mandatory.

But the 36-year-old Briton started to change his tune ahead of its introduction three years ago.

The device has also been lauded for saving Charles Leclerc after his car was struck by Fernando Alonso's flying McLaren following a first-lap accident at Spa-Francorchamps in 2018. 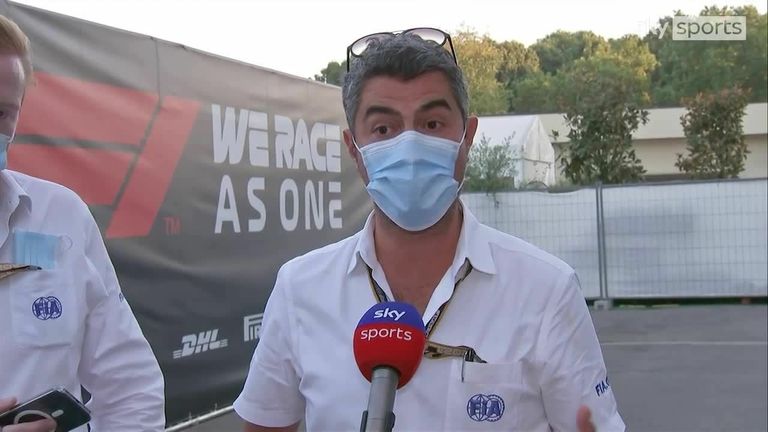 "The halo definitely saved Lewis' life today," said Mercedes team principal Toto Wolff. "Without it, it would have been a horrible accident which I don't even want to think about.

"The championship was good fun up until now but we saw the halo save Lewis' life today. We don't want to see someone seriously hurt."

Rival Red Bull boss Christian Horner, who described the crash as a 50-50 accident, said: "It was a very awkward accident and you could see Max's car right up the Mercedes. 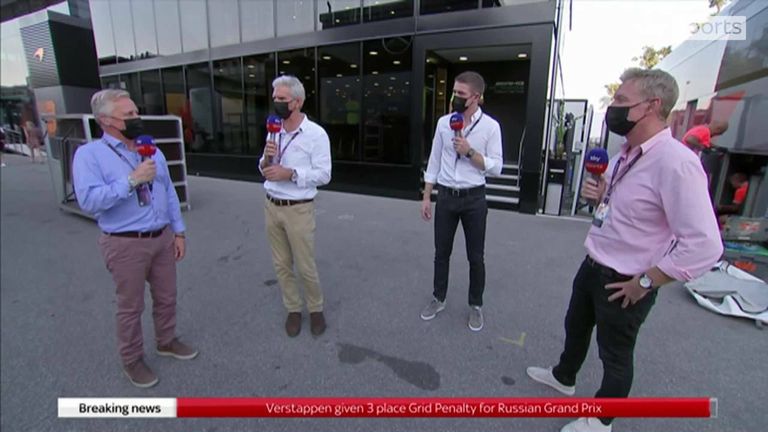 "Without the halo there would have been no protection for the weight of that wheel coming down on top of Lewis. The halo has again demonstrated its purpose in Formula 1."

Hamilton also said that he had been surprised to see Verstappen get out of his car and "just walk by".

"Ultimately when we do have incidents the first thing we want to make sure is the guy that we crashed into or collide with is OK," he said.

Verstappen had criticised Hamilton in July when the pair collided at the British Grand Prix and the champion celebrated his eventual win while the Dutch driver was being checked in hospital.