Lewis Hamilton completed 50 laps in Mercedes' W13 on the first day of pre-season testing in Barcelona; F1's biggest-ever rules overhaul has seen the cars transformed for this year - as the sport bids to improve wheel-to-wheel racing and overtaking 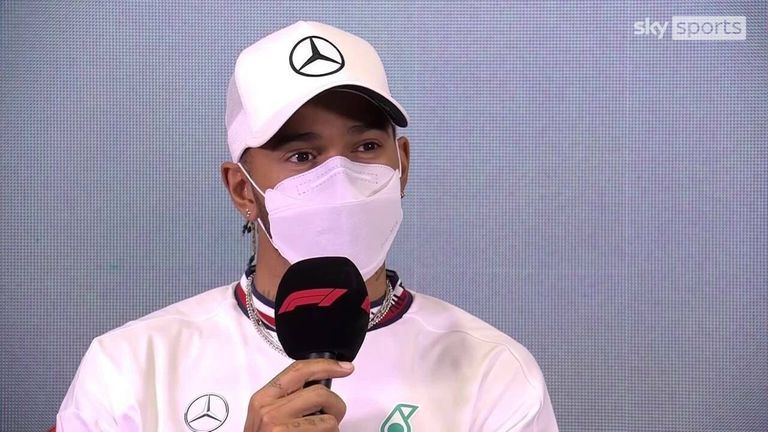 Lewis Hamilton has full faith Mercedes can deliver him a car ready to challenge for a record eighth world championship after he controversially missed out last season.

"Every year is exciting but this one is completely brand new," Hamilton said before taking to the track on Wednesday.

"I have seen designs of our car obviously but this is the first time you get to see the other teams out there on track.

"You want to see a close eye and see why others have taken a different route. You have no idea where you stand so it is definitely exciting."

The sport has undergone the biggest overhaul of its regulations in a generation, and Hamilton was among the interested spectators outside rival Max Verstappen's Red Bull garage when the running started on Wednesday morning.

"I do hope that these rules deliver in terms of closer racing," the seven-time champion said. "It puts everybody on a closer playing field."

Asked if he felt Mercedes might not be able to provide him with a car to challenge for the championship, Hamilton said: "Why would I ever feel that way? My team don't make mistakes.

"Of course that is a risk (with the new regulations) but I trust the team. Whether it is good or bad we will work through it."

Lando Norris set the fastest time on day one of testing, with the McLaren finishing ahead of the Ferraris of Charles Leclerc and Carlos Sainz. Hamilton was fifth behind his new team-mate George Russell.

The first test runs until Friday, with three further days in Bahrain next month ahead of the season-opening round in the Gulf Kingdom on March 20.

Having watched Wednesday's opening session, Red Bull team principal Christian Horner said other cars could compete for the world championship, but that the rivalry between his team and Mercedes will retain its intensity. 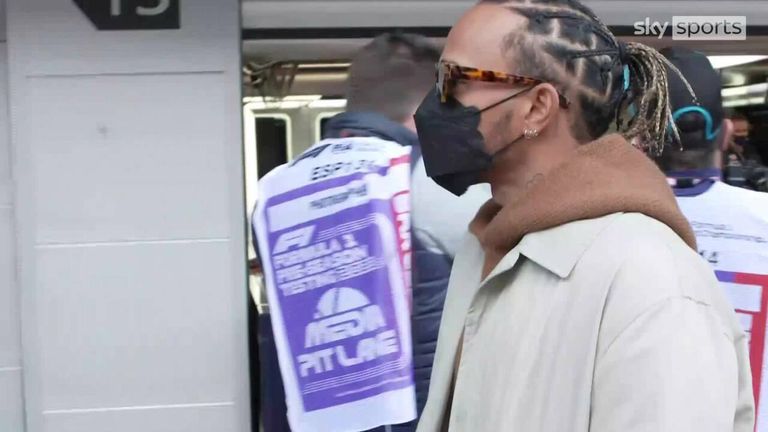 "Certainly we hope that there's going to be an equally exciting year, ideally a little less exciting at times, but an exciting season ahead," Horner said.

"I think there could be some other competitors joining that battle as well, particularly with a clean sheet of paper with these brand new cars.

"It's a complete reset, it's arguably the biggest regulation change in the last 40 years, but I'm sure the intensity of rivalry between the teams and the drivers will be as pertinent as ever."